What's a piece of software that expands the snap feature of Windows 8.1?

I recently got a new monitor with over two times the total size, with roughly the same pixel density of my last monitor. As you would expect after upgrading from a square(ish) display to a 16:9 display, there's a lot of horizontal real estate that I could use to my advantage that I've never had before.

I'm looking for an advanced window manager to make me more productive. I, personally, am one of those types of people that gets extremely annoyed when there's a gap between windows, even 2px. :P (I cannot stand Macs for this reason.) I like to be neat and that's very annoying to me; from past experience when I'm annoyed by something like this, my productivity == 0, defeating the whole purpose of having a big monitor. The snap feature works pretty good, I just want to have more flexibility at my fingertips.

How I picture this:

Windows works as normal, until you triggered a hotkey, like ALT + X, while moving a window. You could change the hotkey to whatever you want. When this event occurs, about four columns will appear on the screen. You can drag the window to whatever column you want. The columns could also be readjusted horizontally, and their contents would be adjusted too. If there's a column empty, there won't be an empty space there. Within the columns, you could vertically reorder and resize the individual windows to fit your needs. Bonus points if something like this would allow me to make the windows line up, that would really be a good feature.

Of course, as long as it's fairly straightforward to use, I don't really mind the method to "dock" a window onto the screen.

With Divvy, it’s as simple as a single click and drag in the Divvy interface and your window will be resized and moved to a relative portion of the screen. If that seems like too much work, you can go ahead and create as many different shortcuts as you’d like that resize and move your windows.

Here you can see it in action. 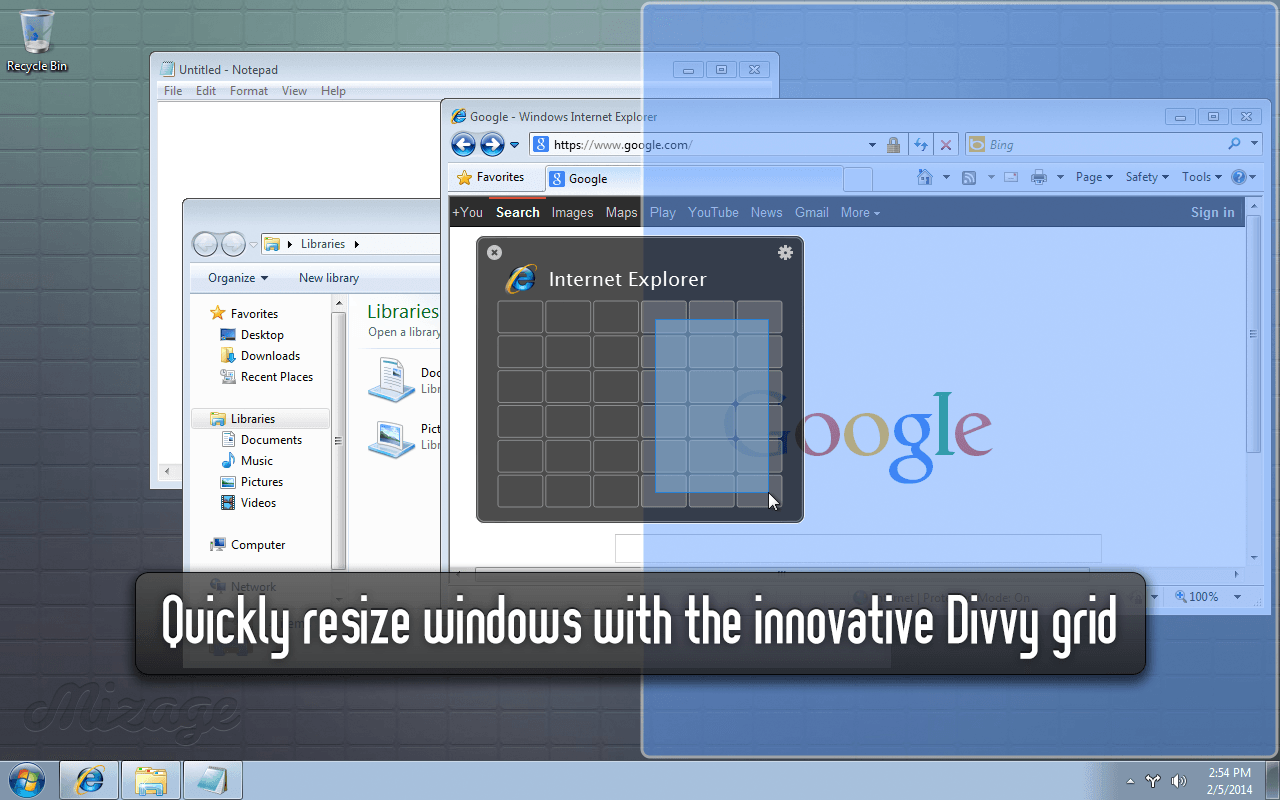 Not free but useful (I use it on OS X) and sounds like a good match. I think the free version is usable with an interruption after every X invocations.

Not the answer you're looking for? Browse other questions tagged windows gratis window-manager or ask your own question.

15
Software for docking windows to corners (rather than sides) with configurable window sizes
4
Windows 7 window manager that resizes based on focus
3
Software to resize window once it reaches the edge of the screen
1
Move and resize windows while holding keys down
2
A window into another window
2
Is there a way to close the monitor but does not lock the computer for Windows 8.1, where this setting option is unavailable