There are plenty of Android tracking apps out there that measure your run/walk/bicycle activities as long as you are outside and moving. However, I'm looking for an app to track the activity of riding a fitness bicycle which is pretty much the same as regular one, except that I'm not moving.

Any recommendations? Or at the very least ideas how such an app might be written?

I'd strongly recommend using Strava which is found at http://www.strava.com/

It has options for normal cycling as well as stationary rides on a trainer. An exercise bike isn't physically moving so GPS functions aren't helpful to you, but the static rides will work.

I use an Android S5 with ANT+, and I have a cheap ANT+ cadence sensor for measuring pedal RPMs, and a strap-on ANT+ Heart Rate Monitor which sites around the chest. If your fitness bike is spanky and has a power meter then strava app can read that too, as long as your fancy phone has the correct wireless interface, which is often ANT+ but Bluetooth Low Energy (BLE) is also an option, and is the only option on iphones.

If your fitness bike is a normal bike held in a trainer, then even better because when you remove bike from trainer for a real road ride, the sensors and phone app will be able to log those rides too.

Best thing? Strava's free mode is very nice and contains everything I need. There's a premium mode which offers more bells and whistles for $7 US a month, but that's high end analysis which is beyond an elderly pedal masher like me.

Screenshot from Strava website of recording page (note that one has a HRM, and is showing a running screen) : 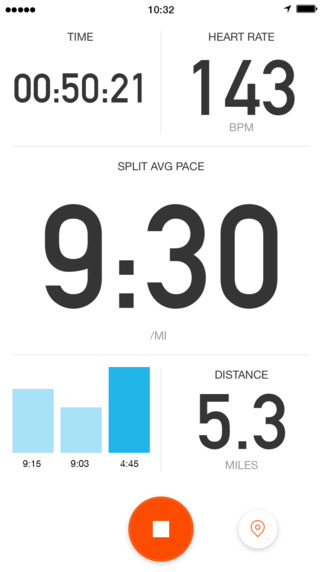 Update: Strava removed support for ANT+ devices attached to phones in around 2018, originally for "stability improvement" reasons. Admittedly the app has become more stable over time, but I now have sensors that won't link to the app, and would require some kind of physical head unit on the bike to act as a concatenator/controller.

There are various possibilities:

Probably Google Play has various apps which could suit your specific needs (which you weren't to specific about), but of course you can just download the Google software development kit for Android and roll your own. Suggested structure:

Not the answer you're looking for? Browse other questions tagged android sport or ask your own question.