I use Wikitaxi to take and explore Wikimedia projects like Wikipedia, Wiktionary, etc. offline.

It has many good features compared to wget like mirrored versions of Wikimedia projects:

But it still lacks a lot and has drawbacks like:

Are there any alternative to get Wikimedia projects offline other than Wikitaxi?

I would recommend Kiwix, a project run by a Wikimedia chapter that should work fine and where you can get support. It works on a variety of platforms.

Kiwix is portable and you can get binaries for many OSs.

Unlike Wikitaxi you cannot build by yourself the content files (.ZIM for Kiwix) from the latest dump files, but you can find decently recent files here for the most used Wikimedia sites(Wikipedia is from July 2014).

Also the result is more readable than Wikitaxi 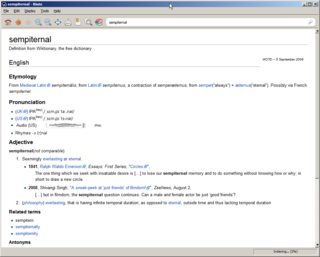 So the only major drawback is that you cannot build yourself a .ZIM from the latest dump files.

If you want a complete mirror of Wikipedia (including images), Wiktionari, Wikiquote, etc full HTML formatting intact that will download in aprox 30 hours, you should use:

Setting all this up on your computer will not be a quick process... The import itself will require 80GB of disk space and five hours processing time for the text version. If you want images as well, the numbers increase to 100GB of disk space and 30 hours of processing time. However, when you are done, you will have a complete, recent copy of English Wikipedia with images that can fit on a 128GB SD card.

But the offline version is very much like the online version, includes photos etc: (I tested the bellow article completely offline) 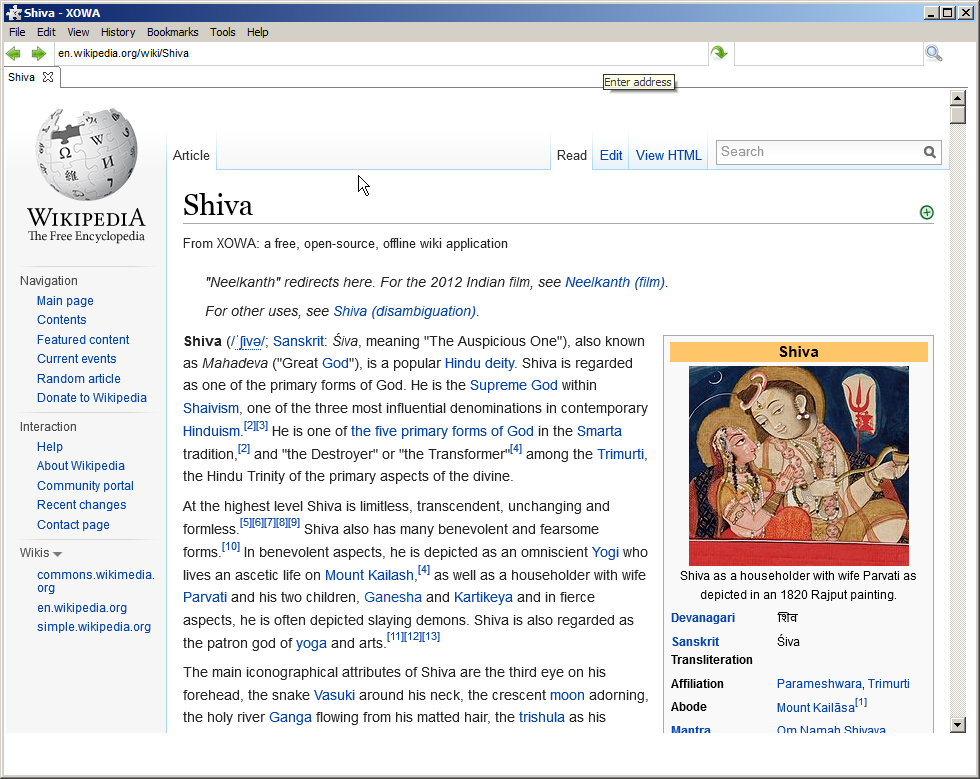 Not the answer you're looking for? Browse other questions tagged windows offline wikimedia or ask your own question.