I'm using video2x for a hobby project, and /i wanted to convert several video files to higher resolution. I was initially impressed with the results I've got for a very short video file (less than a minute), but even for 10min video, the disk space required by this tool is immense (like 4800 x original video size). And the lack of disk space crashes my computer and goes all the the way back to the start.

This seems solvable if I could split the starting video into smaller files (less than a minute per video), the applied the tool in a batch (as the large files are deleted once every individual video is finished) and re-joined the upscaled split parts with some tool.

Is there a software that does this? It is important to split the video files into smaller video files, not into smaller zip files or similar. Many tools allow splitting manually, but this gets cumbersome if I need to split one video into 60 files.

PS: Something that splits in equal files sizes would be great, but if it could cut between scenes, that would be even better.

PS2: Ultra Video Splitter seems to do it, but it's paid, and does not join files later. Bandicut does what I need but is also paid.

You could install python and MoviePy (which installs and uses FFMPEG) and use that to split your file into chunks (note that I am using iPython in the example below). 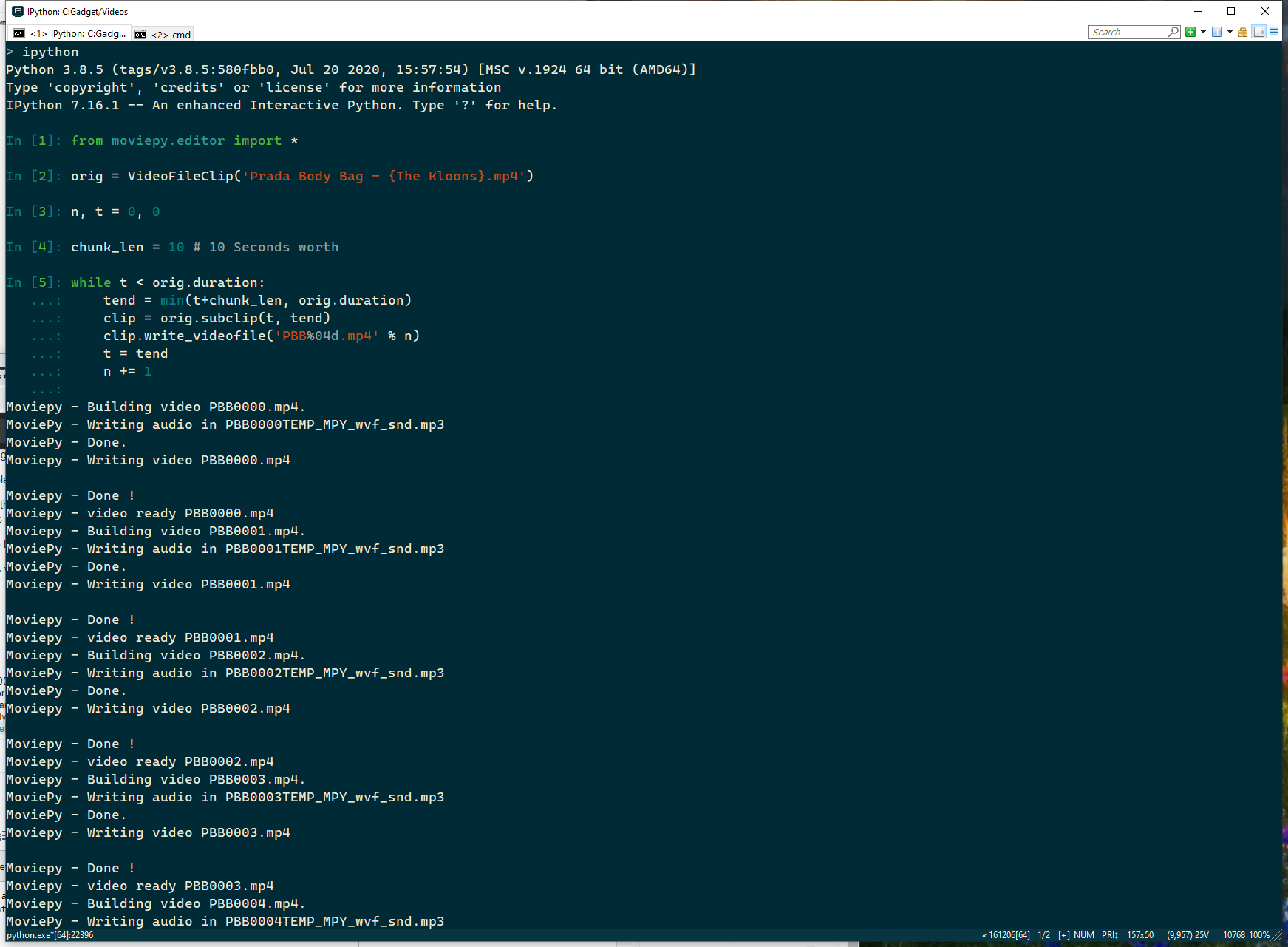 Obviously if you are doing a lot of files you can make this into a script rather than using it interactively.

All of the tools above are: