What tools are available for creating UML Class Diagrams from a set of .h or .cpp files?

I am looking for something that...

Here is what I have tried so far:

Things I may try as a last resort:

I am a big fan of SAP Powerdesigner which runs on Windows.

It is commercial and expensive. But there still is a one-month trial license. Powerdesigner is a database reverse-engineering tool, but it has a so-called "Object-Oriented Modeling" Module which can reverse-engineer Java Code, and to a limited extent C++ code.

Powerdesigner's main strength lies on relational databases, and, therefore, on building classes for Object-Relational Mappers mainly in Java (but C++ as a target language is also offered).

But Powerdesigner has good programmability features, and you could write your own importers and finetune the built-in C++ metamodel. That's quite a bit of work to learn the built-in DSL and scripting engine, but you might give it a try.

SAP has acquired Sybase in 2011, and since then the product has been even more paywalled and somewhat orphaned. It is still being sold but I think the devteam is quite small.

Here is a screenshot but right now I am not able to show you rev eng GUI/capabilities in a screenshot. 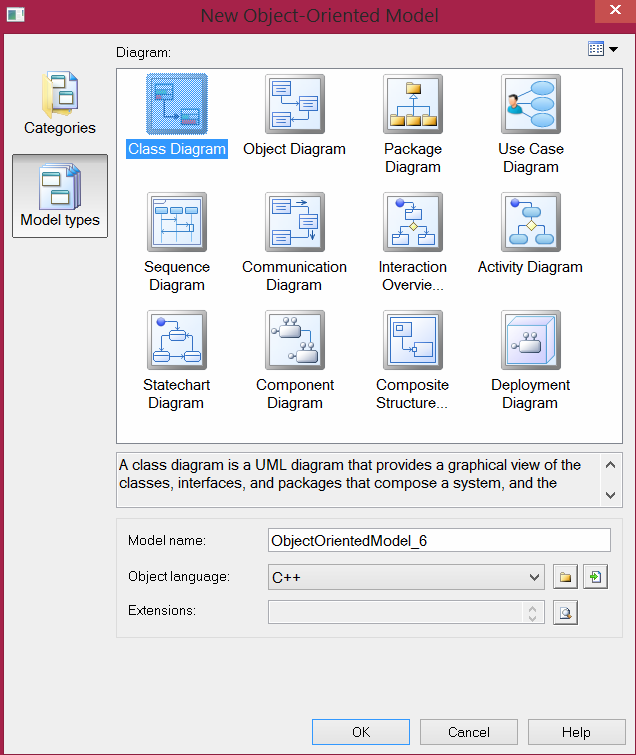 This is the best UML tool I found so far (for C++/Java development): SourceTrail. It is like Doxygen, but it is dynamic and it does not need to recompile everything when something changes. If it had editing capabilities, it would be my favourite IDE.

However, it is a reverse engineering tool, and it does not allow to modify the diagrams, just view/navigate them.

Not the answer you're looking for? Browse other questions tagged c++ uml reverse-engineering or ask your own question.