For a long-term project, I'd like to set up a phone glued to a window, connected to power and record the sky all day every day for the next month. Ideally, I'd like it to be fully automated.

What I need is:

Some app that, instead of recording video, merely watches a folder, copies it's contents to one of the locations mentioned above and frees up the phone storage again. This would solve my problems sufficiently, as there are many camera apps that take care of recording continuously.

As you wrote an app watching the recording folder and performing the transfer would suffice: There are several apps to sync files and folders. I use FolderSync Pro (the paid version, coming for around 3 bucks). It's very versatile, supporting a lot of protocols including cloud services and own cloud services (not just literally, but including WebDAV, Samba, SFTP) – so it can deal with your NAS.

Next to bidirectional and unidirectional sync (i.e. two-way or one-way), it also supports "one-way and delete after copy", which most likely is what you are after. 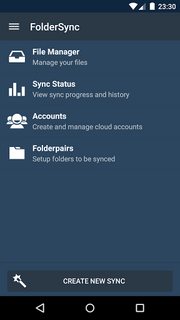 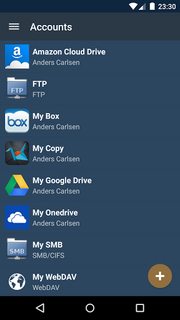 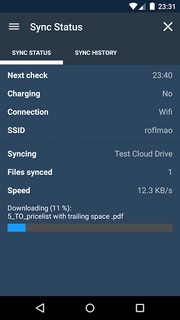 Unfortunately, the app comes with some trackers (Crashlytics, Firebase). But I've not yet found an alternative app with a comparable feature set. It works very reliable, I'm using it for years myself.

Not the answer you're looking for? Browse other questions tagged android file-management video-recording or ask your own question.