I'm heavy web user which requires a lot of tabs being opened during my everyday work (>=50-200 tabs). I'm using Google Chrome browser for couple of years and become very slow and an overkill for my operating system on everyday basis (OS X, El Capitan).

I'm already using minimum amount of extensions, such as OneTab (for saving non-used tabs), Tab Dupectomy (to remove duplicates) and Adblock Plus (for blocking animated ads), blocking flash, and everything else to reduce the memory and CPU processing of multiple tabs. However still every often my system freezes because of Chrome, so I have to kill some background tabs which taking the most resources and freezing my system, but this is only the workaround. Most of the time closing or opening new tab is taking several seconds to complete. I've reported several bugs against Chrome, but it's pointless work (as most of the reports are without resolution for years) and it's just too heavy to use in general (as the feature list is growing) and it's just broken on so many levels. 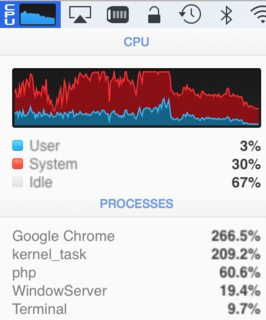 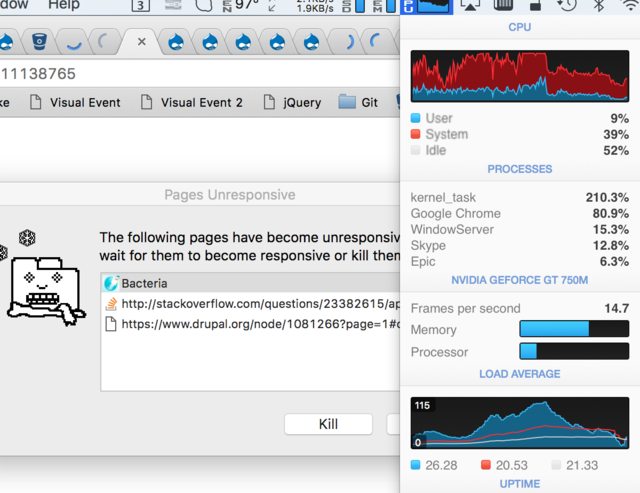 Based on above, I'm forced to change my browser to achieve some better performance during heavy browsing.

It should have the following features:

I came across the Brave browser which promises faster Web by banishing intrusive ads, stripping away everything but the real content.

Background: Brendan Eich, who invented JavaScript and co-founded Mozilla, after resigning as Mozilla's chief executive is now heading a new startup called Brave Software that promises to make the Internet safer and faster when the company publicly launches it in early 2016.cnet The project has also support from a few ex-Mozilla engineers who are working on on it. See: ycombinator news.

Up to a whopping 60% of page load time is caused by the underlying ad technology that loads into various places each time you hit a page on your favorite news site. And 20% of this is time spent on loading things that are trying to learn more about you.

The large amount of tabs can be organised by tab pages, where maximum tabs can be separated per each page.

The desktop browser is a cross-platform desktop application with support for most of major operating systems created with a fork of Github's Electron framework that is itself based on Node.js and Chromium.

You may compare the JS speed between the browsers using speed-battle browser test. I had better results in terms of overall score with Brave than with Chrome on Macbook Pro.

Alternative web-browsers (which can be quicker than Chrome), are:

On the other hand, Chrome could be not so bad, if properly tweaked. See this for further details: Chrome addon to stop "Page(s) Unresponsive" message.

Not the answer you're looking for? Browse other questions tagged osx web-browser or ask your own question.