I'm looking to build these isometric spaces/rooms and eventually add some animation. Short of using Cinema 4D, is there something with an easier learning curve and prebuilt models to 'furnish' the rooms? Or I suppose some great/popular modules for C4D or the like that will make that process easy for a novice? Below is a video of exactly what i'm trying to accomplish.

We currently use 'ExhibitCore Event Planner' for our quick trade show mockups but this is kind of what i'm shooting for in terms of speed and model library.

Any advice or guidance is appreciated. Thank you.

I used the Great Google and searched for Architecture software with animation and was "rewarded" with the expected deluge of links. Many of them are primitive and priced accordingly. Using the video you've linked as a reference, I aimed for a higher priced package, expecting better results in terms of final quality.

I found https://lumion.com/architectural-visualization-with-lumion.html as one of the more promising programs. There's a tutorial/introductory video on the home page and it appears to be a very capable piece of software for those desiring intricate detailed animation.

I can't attest to the ease of use, but I suspect that you can use the same search terms or modified terms to locate similar suitable programs for your purpose.

Using Home modeling software with animation results in much lower grade program options, as I suspect these are aimed to the casual user who does not require high detail.

The showcase option on the linked web page has some rather astonishing detailed images: 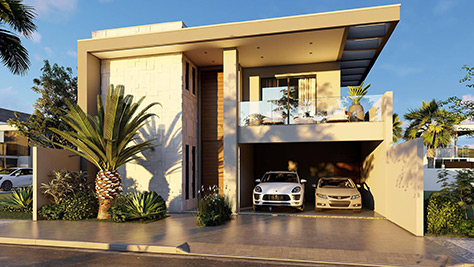 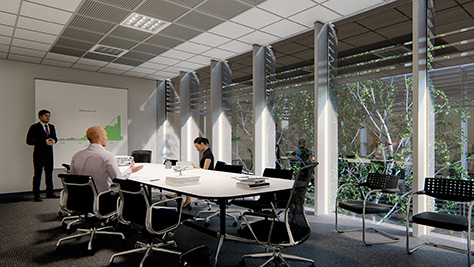 The video link within the showcase has a number of equally impressive animations. If the animated "human characters" were not part of the scene, one might believe it was genuine video, rather than rendered animation, but I'm easily swayed by today's technology.

As previously posted, Lumion is a well known tool for this purpose - the main competitors worth mentioning are:

I've trialed all three in evaluating for use both for my own freelancing and for the architecture firm(s) for which I worked at the time, and I find that for my usecase, I'm going to go with TwinMotion - but Lumion is a very strong tool too.

In reality, these all accomplish the same underlying task: they take a base 3D model from a 3D modeling tool (in Architecture, typically a BIM tool like Graphisoft's ArchiCAD, Bentley|Microstation or Autodesk's Revit) and parse it into a game engine environment, with some pre-canned tools for visualisations: weather, time of day, lens effects, and a library of pre-made assets: plants, people, vehicles, furnishings, materials. Here they are set up for as close to realtime rendering as you can get - pre-calculated and baked GI (global Illumination), texturing and so on.

This does mean that if you wanted to, you could parse your model into Unity or UnReal manually yourself, and get more control and spend less money up front, however that requires that you develop the skills and knowledgebase to do so, as well as investing in the relevant software tools.

I've done this in the past using Foundry's modo, a very powerful 3D DCC (Digital Content Creation) tool, which I still use for 3D generalist workflows - however, despite having spent years refining skills as a modeler and renderer, I can see that adopting one of these types of tools is essential to keeping relevance and speed in most circumstances.

In fact I am now in the midst of developing my own workflow to push architectural and interiors models into Unity, and have made great strides:

For me this is a best pipeline choice as I already have skill and assets invested in modo; I can tell you that to get what you need for this kind of output, although Lumen RT, Twinmotion and Lumion are all set up for quick dressing up of architectural models with nice looking entourage, and they can add moderate quality people too, they cannot do the custom character animation in your example of the small robot characters, nor will these tools allow for the nice animated adding of new items with stretch and bounce to emphasize their arrival in scene - that sort of thing is squarely the province of your explicit 3D DCC tools like modo, Cinema 4D, 3DS, Maya and of course Blender.

Here's the rub: Even if you were to want to use a make-it-easier tool like Twinmotion or Lumion, you still need to first prep the basic 3D model of the rooms(s) before you've a place to drop those furniture assets, so you're ending up looking at some kind of 3D content generator, whether low end like SketchUp or high end like Maya.

For doing something like a straight video, not needing to have a realtime explorable model for your client afterwards (what I'm developing and half the point of tools like Twinmotion and Lumion) you could use any of the main 3D DCC applications to get what you need. I've done plenty of architectural render models which then became, per expanding client scope and request, videos - all done handily in modo.

Blender is free and open source, and though it used to have a reputation for being hard to learn, with the latest 2.8 release, this is far less true, and make no mistake, though Blender is still idiosyncratic enough that skills learned here don't easily translate to other 3D toolpipes, Blender is very powerful and feature rich - if you can figure it out.

3DS and Maya are Autodesk, which means they're powerful and a bit bloatwarey, but on the plus side they have a huge corporation behind them to provide ongoing support if you want to pay for it - they're not cheap.

C4D is reasonably flexible, and can do a fair amount, and due to its de facto inclusion with the Adobe CS Suite (C4D Lite comes with AE) is a 3D DCC more graphic artists are getting acquainted with - its workflow is mostly procedural, though in the last few versions the direct modeling has improved a lot; its price is moderate in the 3D DCC world.

Modo is my personal choice due to the uniquely artist-friendly workflows, with the amazing flexibility and power, and the price point has never hurt my feeling either - it's low to low moderate.

I hope this helps.

Not the answer you're looking for? Browse other questions tagged 3d animation modeling or ask your own question.

6
Creating 3D models from point clouds
2
Software for creating 2D Animations in Web-friendly format
0
Is there a CAD software that supports posable 3D human models and bones?
1
Creating in 3D to transfer into 2D black and white line art?