I decided to put on a podcast during my drive to work today. Before I left, I downloaded some app off Google Play Store. It let me search for podcasts, so I found one, but I ran into trouble immediately: the podcast I found has been around for 11 years, but there was no (easily discoverable) way to download any history that goes back more than 2 years.

But oh well. I pulled up the earliest episode I could, and said to play it before setting out. It pulled up a dialog asking if I wanted to play more episodes after this one ended, and I said yes. I was kind of wondering what it would do when it reached the end of the episode, as it had placed the oldest episode at the bottom of the list--would it go on to the next-oldest one, or wrap around and start with the newest?

Then I got to the end of the episode and found out that instead, it did... nothing at all. Being in the car, I couldn't find out why until I got to work, where I discovered that it had popped up some dialog about some inane thing that had nothing to do with anything. So I uninstalled it.

Does anyone have a recommendation that would actually work for in-car listening? Important points:

(I've seen a few questions about podcast apps on here, and I looked at some of them. AFAICT this is not a duplicate, as they don't mention the specific features I'm looking for.)

So, I've been using the IOS version of this app along with the web interface. I've used a few now but I needed something that could predownload the podcasts automatically and sync between all versions (ios, android, and the web interface).

This app should be perfect for what you're looking for. It meets your requirements of:

It has a lot more features and is in active development. I'm really cheap when it comes to apps and software, but this is the best money I've spent. No ads and you get the app for life.

We love podcasts, so we made a podcast player that is full featured, beautiful and easy to use. We're no strangers to awards having been chosen as a Google Play Top Developer, a Google Play Editors Choice and winning a Google Material Design Award. Mostly though, we love you, our customers, which is why we always keep our app relevant and up to date based on your feedback. 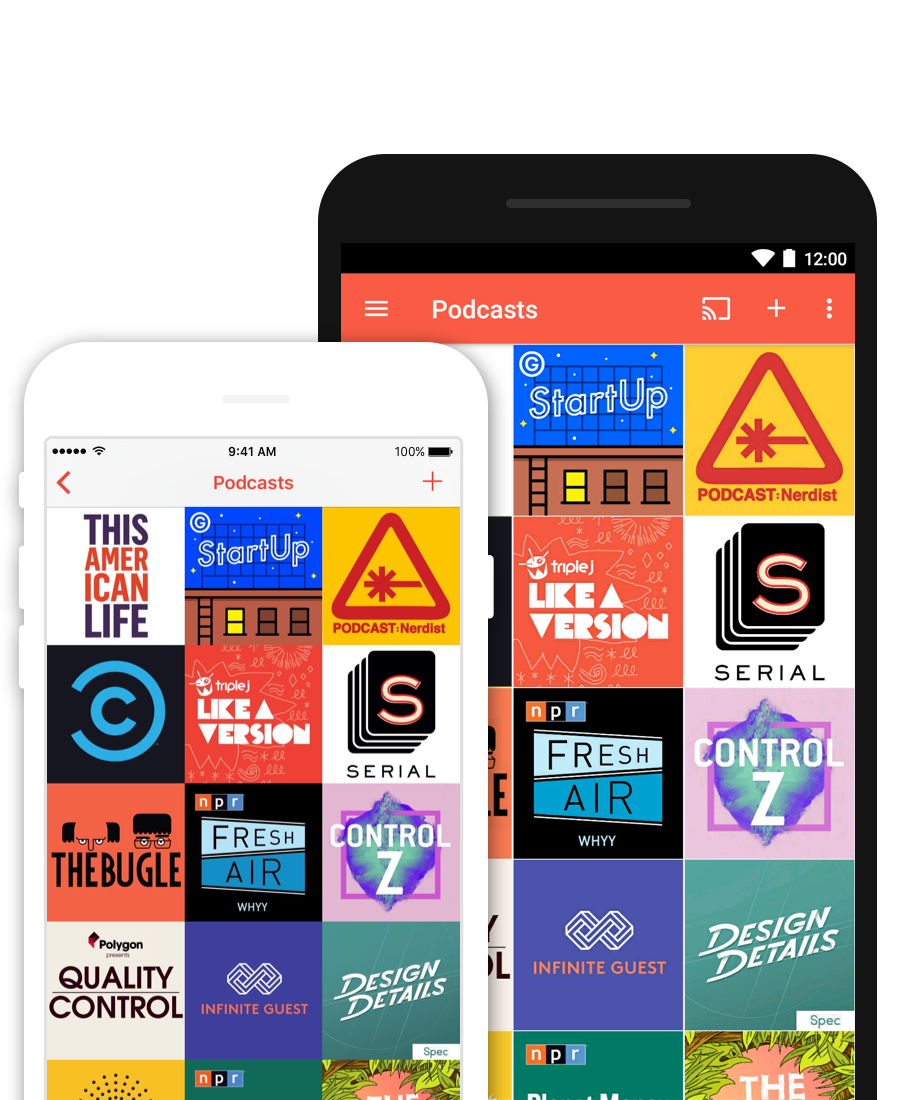 I would just do this a bit more manually but be in full control. Get an rss reader and subscribe to the podcasts feeds and download the mp3 files on your computer.

Download all the podcasts episodes you want in mp3 format. Use a browser to get the old ones. Then use a mp3 merge tool and create a single mp3 from those mp3 files and use an mp3 player on your phone to play the file. Then you have full control: rewind, fast forward, listen at a faster speed, pause and resume. You never have to worry about playing the next podcast manually. They are in the same file.

Just because you're listening to a podcast doesn't mean everything has to be done in a podcast app.

That's how I listen to my podcasts. Instead of a phone, I use an mp3 player. The Sansa Clip.

I use podcast addict. There is a free version (add supported), and a reasonably priced "donate" version that removes the ads.

In the ad supported version, ads are on a very small and unobtrusive banner

It has a good feature set, with global and per podcast settings to control download limits etc

BeyondPod does everything you mention. It has kind of a learning curve because of the massive amount of options it has, but I, personally, think it's worth it.

There's a free version and a paid version. I got the paid version, but I don't remember why because it was several years ago.

If you don't mind going semi manual, which in this case doesn't answers the first point mention in the above, I usually do this by downloading the podcasts first. I've used the following apps in the past, but there are plenty:

Then copying them to my device, I then play it with Mortplayer Audio Book. Always has been a company for me on the way.

Not the answer you're looking for? Browse other questions tagged android podcast or ask your own question.

1
App like Pocket but for listening in car, including audio, video, and text-to-speech