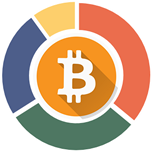 As a complete autodidact and perpetually inquisitive software engineer for over 12 years, I have spent the last few of them as an SDE II for Microsoft at their headquarters in Redmond, WA. During that time I worked on several large, visible and innovative projects while using strict Agile and Extreme Programming methodologies.

However, much has changed since then. One day, after a bottle of wine, I chose to leave that promising career at Microsoft to travel, live a little more and explore a few project on my own. The first few failed miserably. I eventually joined a software consulting startup in its infancy, located in Spain, with an uncertain, but promising future, as their CTO, responsible for all vision, development, planning, project management, infrastructure, hiring and support for the entire technical side of the business; tough? Yes, but I can proudly state that the firm has grown from 1 to 16 employees, and we reached sales of $1 million at the end of its third year! We have inclusively launched our line of software, which was featured on prime time TV and in several reputable newspapers. Not a bad achievement, but it was a few tough years.

I have since then moved into the cryptocurrency space, in which I had already been involved since late 2011 and had been involved with Bitcoin and its underlying technology since almost the very beginning. I have founded The Bitcoinero Group where, with an incredible team we offer individual and corporate consulting services on any topic related to Bitcoin, Ethereum, Smart Contracts, private blockchains or any relevant technology and assets.

I have an insatiable drive for disruptive technologies and a passion for immersing myself entirely into something when I see its potential before everyone else does: and Bitcoin is it.

I am a dual EU and US citizen; fluent in English, Spanish, Dutch and Italian.

All Questions Answers
Votes Newest
0 is there any encryption software for HDD servers? Jun 1 '19