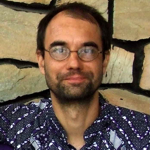 About Computers: Trying to learn Python just for personal challenge and hopefully getting some useful scripts out of it for Scribus and other tools.

I am running some 11 computers; seems like I am the guy in charge - at least the team shouts for me, when they get stuck. And some network printers and some stuff; all this in West Africa for development and training, publishing etc. So I really appreciate several StackExchange communities like Linux and Graphic Design, not least the car mechanics one, which I discovered more recently.

I have done some SSH work and could fix certain things, but I can never memorize those commands. I muchly prefer making nice documents for the population or giving my humble contributions to Openclipart and Openstreetmap. I believe for this part of the world Opensource has a lot to offer. We love Scribus and GIMP and we are getting to know Inkscape...