I use git, and for visualization of branches, often use gitk. But - I don't like it:

Are there alternatives I could use instead of gitk, which meet most of the above requirements, and...

Note: A similar question was asked on StackOverflow in 2015, but with somewhat different requirements (e.g. not Linux support).

Have a look at gitg. It is a GNOME program that is also available for Windows and is very similar to gitk but using the gtk/gnome tookit. 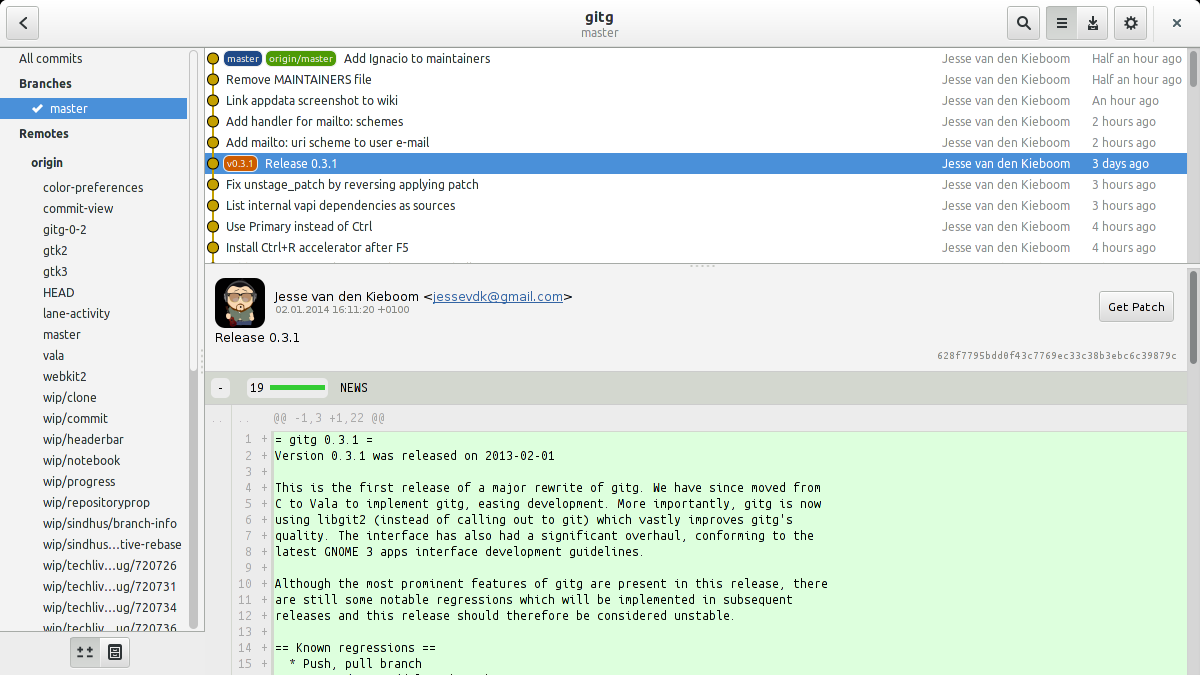 git-cola seems to come with a tool named "git dag" you might wish to take a look at. You can find some screenshots here, let me pick the two most relevant: 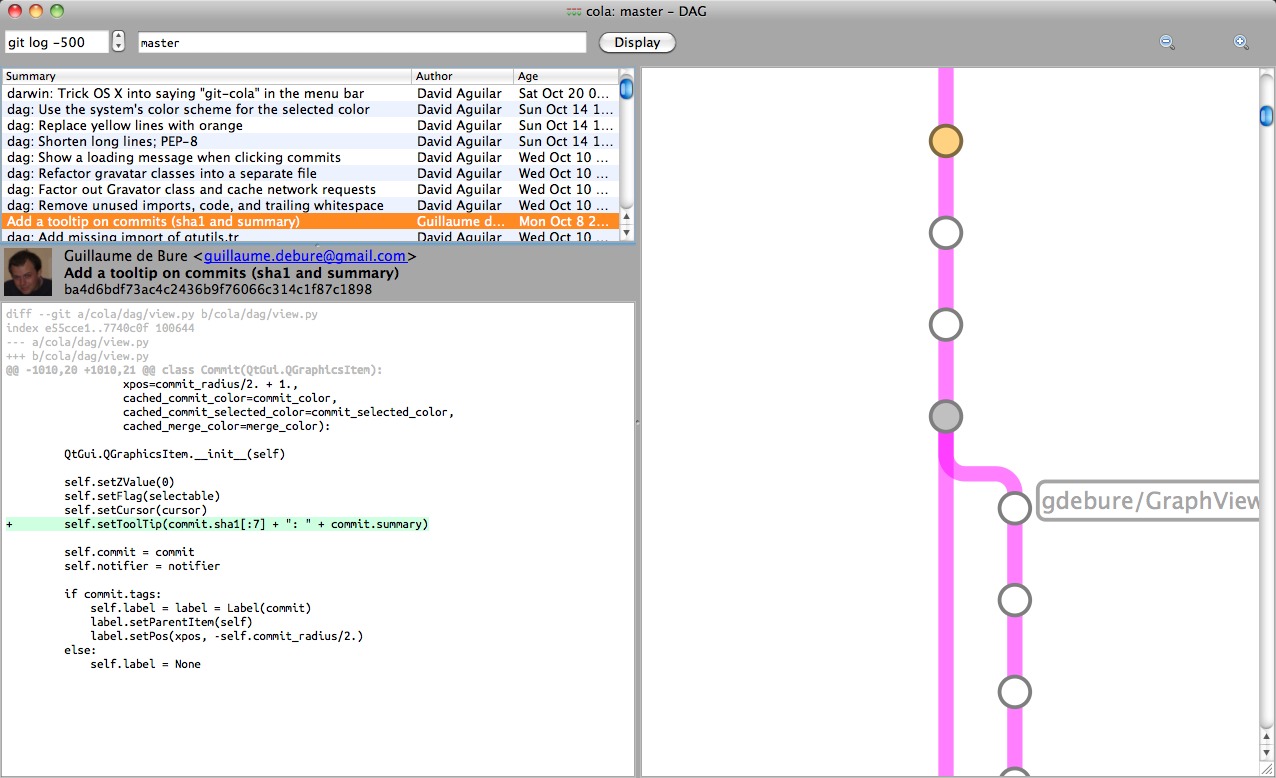 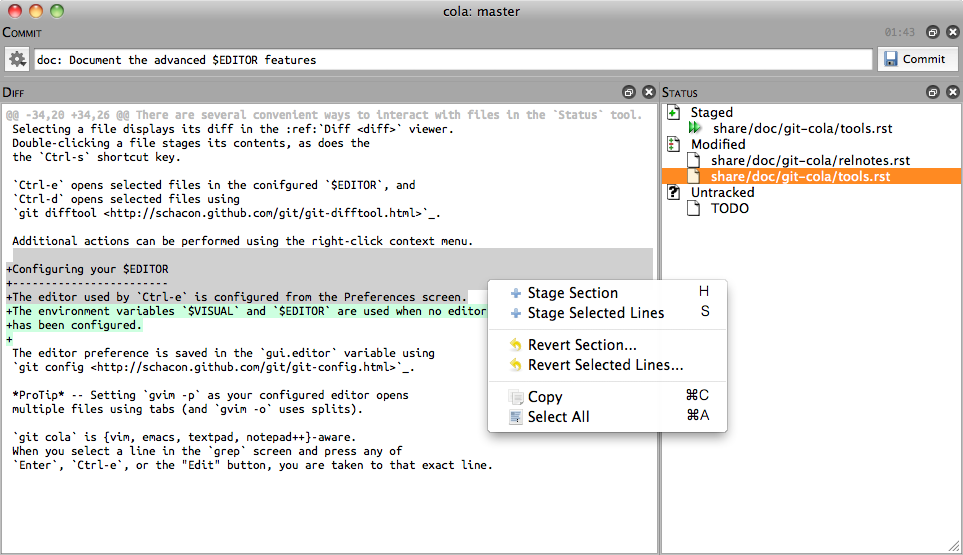 The two rawly correspond to gitk (git-dag) and git-gui (git-cola), but have a fresher design. You can makr (and copy-paste) text from diffs and more (I just tried that to confirm). Let's see how it meets you other requirements:

UI might depend on the desktop environment used – but it never offended me (I'm using Cinnamon). My only complaints towards git-cola are that it never remembers I want all my commits signed – so I have to tick that check-box before the first commit of a session (it then sticks until you exit the GUI). As I rarely use the GUI, it's rather an annoyance than a show-stopper for me, though.

Not the answer you're looking for? Browse other questions tagged gratis open-source software-development data-visualization utility or ask your own question.