Any template/library to code an app like the new “News and interests” widget/app of windows 10?

With the arrival of the latest Windows 10 update, there was the addition of a new "News and interests" app view in the desktop's taskbar. 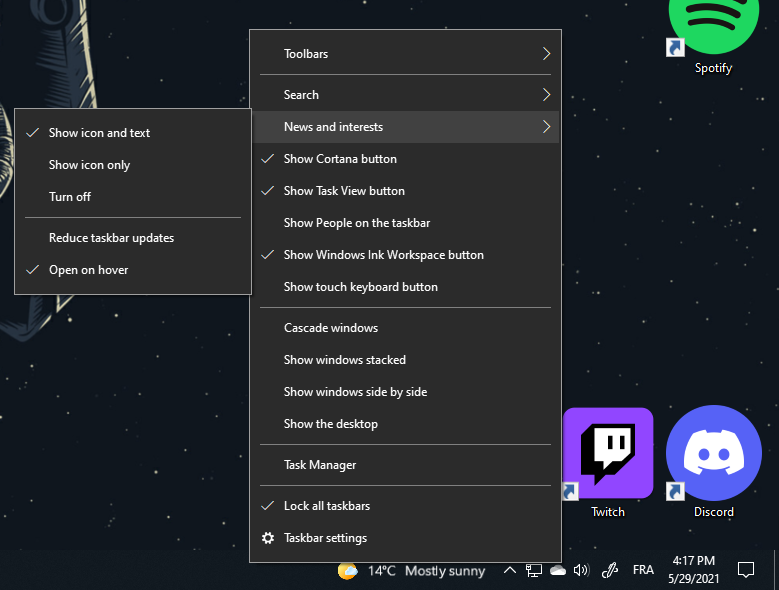 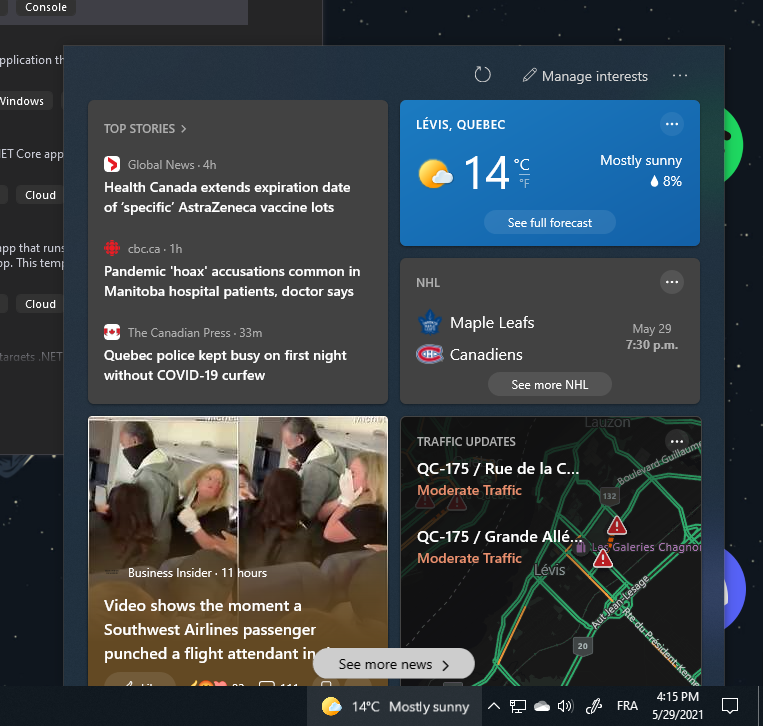 I was wondering how Microsoft added such a widget to my desktop. And if it was possible for me to create an app in C# that would act just like it.

I already know how to show Forms and taskbar icons in C#, but the widgets I know how to show are more like the sound, cloud and ethernet ones (like you can see in the taskbar of the photos I provided).

Is there a template to code this new type of widget?

In the end, I would like to make an app that shows the battery life of all the bluetooth devices connected to my pc in my desktop taskbar.

Any tips would be appreciated!

P.S. I say in C# because I've been working with this language for some time but I'm not against the idea of learning some new language!

Browse other questions tagged windows-10 c# or ask your own question.