Over the last decade, I've been actively taking steps to reduce my reliance on Windows and switch to Linux as my primary OS. I can hear Izzy enthusiastically cheering!

I'm down to getting rid of my last 3 Windows-only applications, and I'm now engaged in the process of finding a suitable Linux distribution.

Having an OS that fully supports a dark mode (dark theme) is a hard requirement for me. The Windows ecosystem is a nightmare when it comes to supporting a dark mode. I'm hoping to find something much better in the Linux world.

To be dark mode compliant, all elements of the OS and applications running under it must support a dark background with lighter text. Ideally, the user will be able to set the values for these colors, as user-desired contrast plays a key role with dark user interfaces.

A key necessity is not having some user interface elements that are illegible or impossible to discern due to dark on dark or light on light elements (over 90% of Windows apps I have tested have this problematic issue).

Gratis is preferred, but not a requirement.

You are in luck (or not, depends on how you see it). Most major Linux desktops fully support dark mode. On the other hand that means that you might not really able to base your decision for one or another Linux Distro based upon the support for dark mode. You can install a dark theme on pretty much any Linux Distro.

Dark mode is fully supported by these desktop environments:

This leaves you with a bunch of Linux Distros (all of the listed ones are Open Source):

Note about KDE KDE uses some telemetry, which can be switched off in the Settings. I'm not sure about the default setting though. Source: https://community.kde.org/Telemetry_Use

Note about stable versions If a distro is "stable" is also a question about what you define as stable.

For example, Arch Linux says clearly "It is the user who is ultimately responsible for the stability of their own rolling release system." (https://is.gd/SBoiIO) Arch uses rolling releases, that are snapshots of the current development. I don't have that much experience which Arch, but according to this reddit post, it is not that stable:

Consider "stability" in the sense of "API stability". That means stability is defined by the pace, in which the interface to your system (on whatever level) changes.

I'd say Arch is unstable in that sense. This can be seen easily by looking at the package management of Arch: it used bleeding edge packages, that come almost directly from the upstream, as soon as they release them.

For the user this means he has to adjust configuration files to match the new features, and also (re)learn how to use the application. Here user is quite abstract. If some service depends on a library, then it's a user of that library. Latter is the reason why Arch (tends) not to be used on servers - because if you don't update your machine, you don't get any updates (including security updates), if you do updates, you may have to take care of "breaking" changes ("breaking" is again in the sense of "breaking an API").

You can argue that the most stable system would be a system with some LTS version or similar. Ubuntu (and Kubuntu etc.) has LTS Versions. LTS versions are Long Term Support, so the API stability mentions above is pretty stable. You simply don't update the system that often, because they are supported multiple years. I can tell you that Ubuntu LTS is pretty stable, we use it every day at work.

Fedora is a special case regarding stability. It has a normal "stable" Release. Fedora is known as a bleeding edge distro which include many new technology very fast. Fedora has a new release every 6 month, so you have to update regularly. This sounds like the API stability is pretty bad, and yes, probably it is. But Fedora has a kind of LTS Version. You may simply consider Red Hat Enterprise Linux (RHEL) if you want to pay a subscription for support, or AlmaLinux, if you don't need enterprise support (AlmaLinux it's fully-binary compatible with Red Hat). Those Distros get every feature of Fedora, if and only if Red Hat decides that it is stable, tested, and useful for enterprise usage. RHEL and AlmaLinux are updated less frequently than Fedora and focus on enterprise users, so they aim to be stable as hell - similar to that LTS thing mentioned above. Since version 8, RHEL and Alma use GNOME, so in theory it should be possible to activate a dark mode, though I can't tell you because I've never used them as a desktop machine.

Note about actual tests about connections during the installation process: Michl Franken (link is german) analysed in a blog entry at 28. May 2021, to which IP's different Distro's where connecting while installing. From the distro's he tested, his conclusion was, that Debian and Fedora were the distros with minimal connections. Arch, EndeavourOS, Manjaro, Garuda, openSUSE, Linux Mint, Ubuntu, and ElementaryOS send one or more unnecessary pings to some servers during installation (he didn't write that this is bad, but Fedora and Debian didn't do that). Worst distro was Ubuntu, because it connected the crash reporter with daisy.ubuntu.com and metrics.ubuntu.com, even if it was set to "manual connection". Michl didn't test RHEL and AlmaLinux, though.

That's a tough one, I am curious for the answers if there are any.

In the meantime I would recommend having a look at Ubuntu Studio 20.10 (the one which introduces Plasma). From my brief look at it it seems to handle dark mode much better than earlier versions. Keep in mind that there won't be a "Dark Mode" switch, you would have to select the appropriate theme in the Settings (and there are dark ones by default I believe).

But I doubt all your requirements like user-settable colors or adjustable contrast will be fulfilled, unless you want to create a theme yourself.

Here some screenies of it with one of the dark themes (Adwaita-dark), out of the box without any application-specific tweaks: 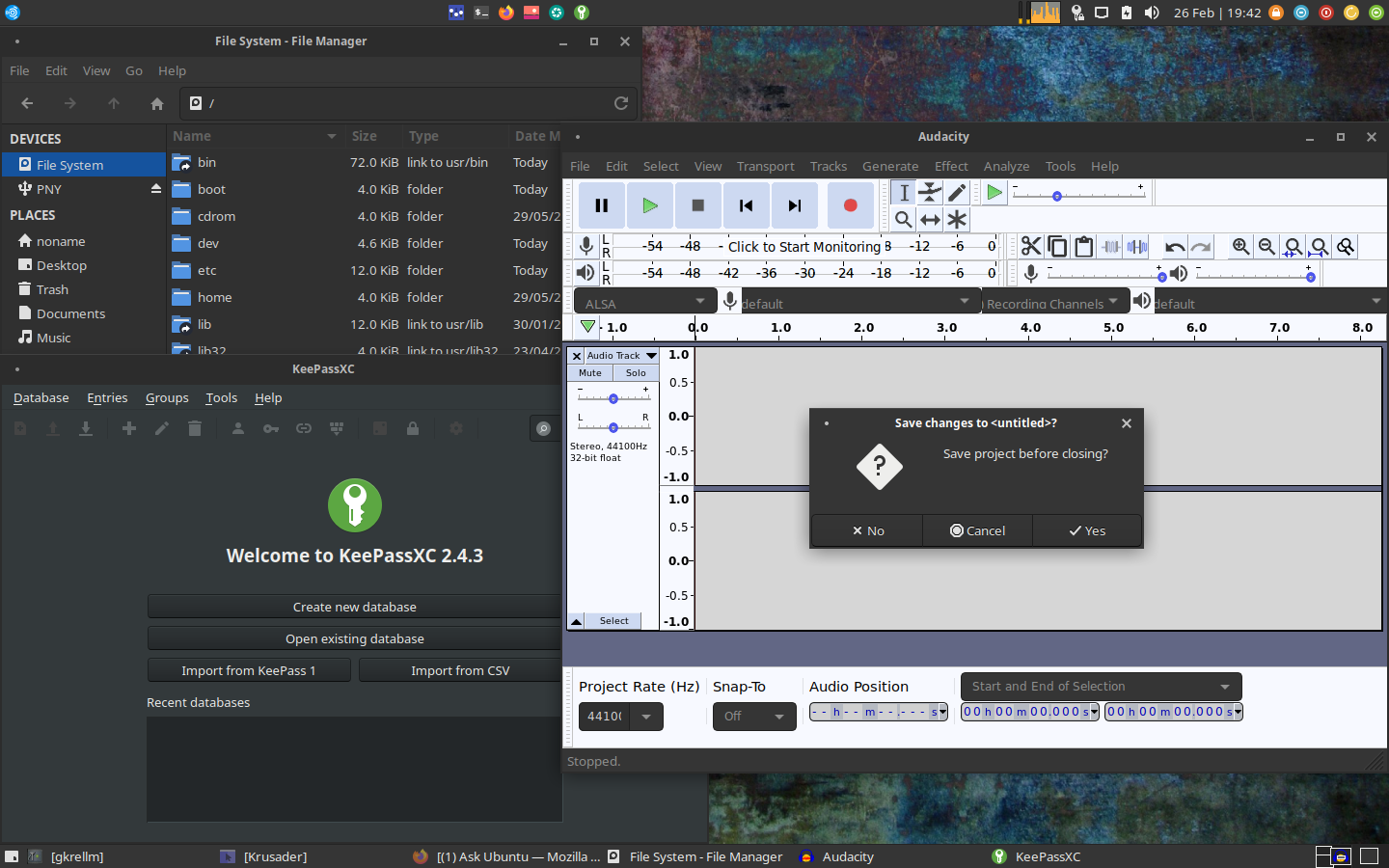 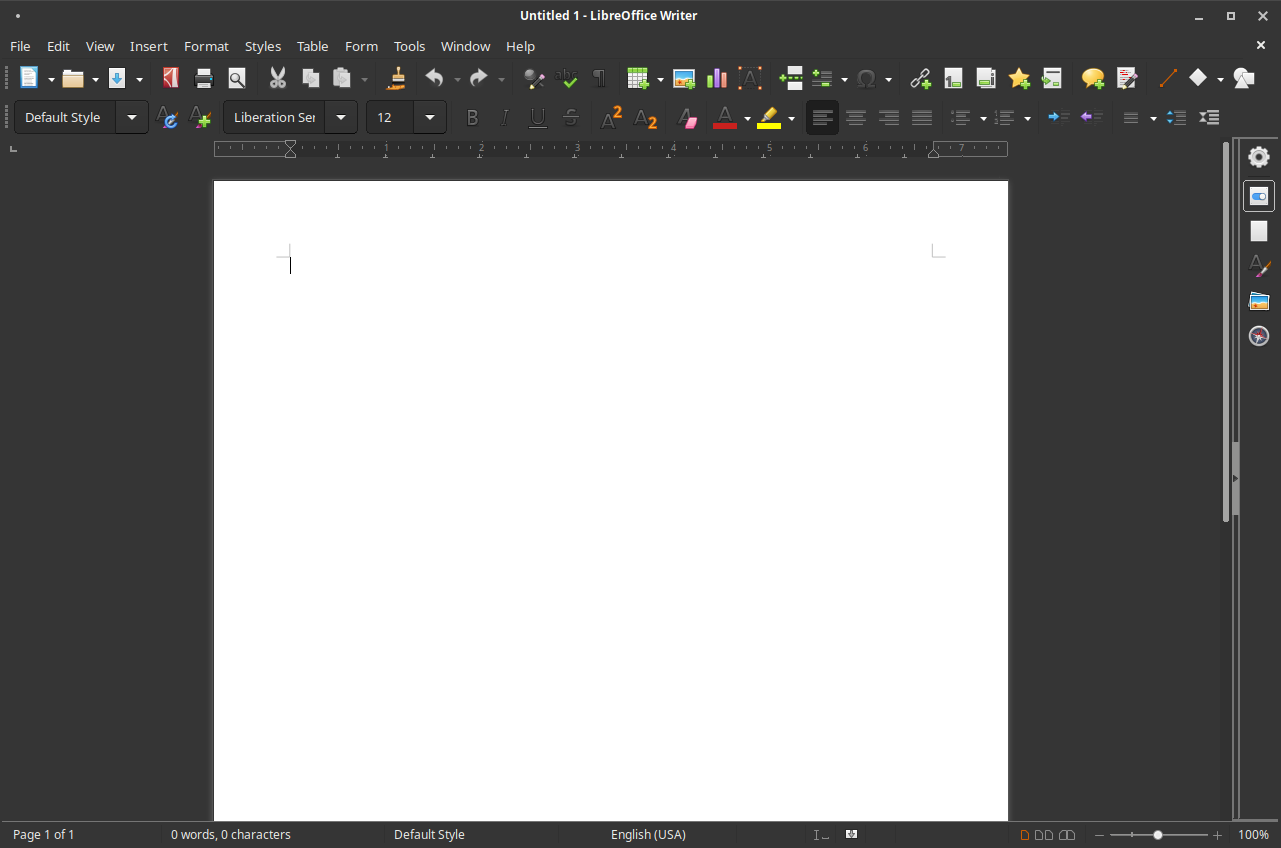 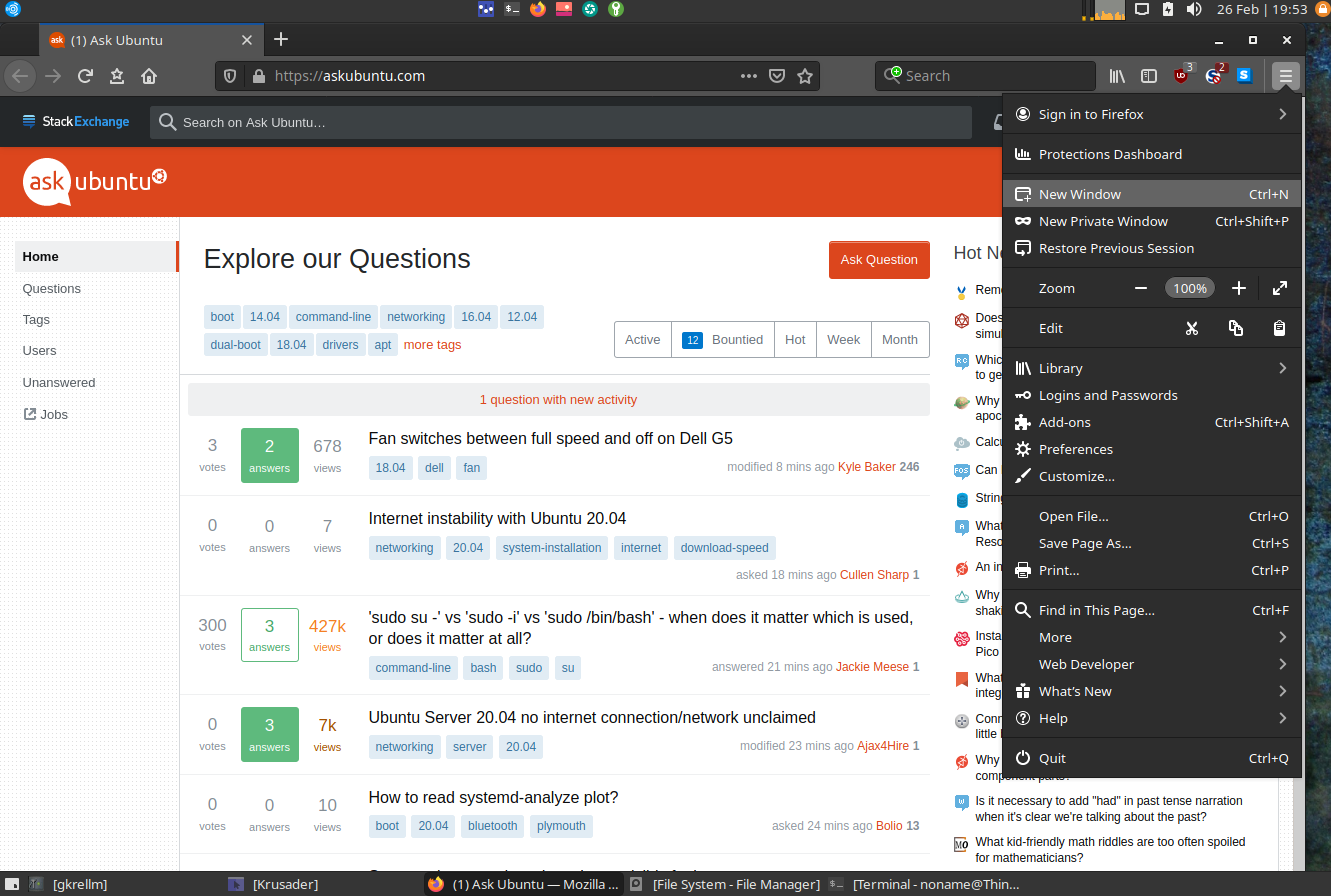 As you can see, most apps honour it, but they may also implement their own color scheme - see Audacity. Audacity also has its proper Dark Mode however.

Not the answer you're looking for? Browse other questions tagged linux open-source user-interface linux-distribution dark-theme or ask your own question.