For JACK, there is a GUI application called QJackCtl that lets you graphically route audio from sinks to sources in arbitrarily complex ways, especially when used in conjunction with additional mixers (e.g. jack_mixer): 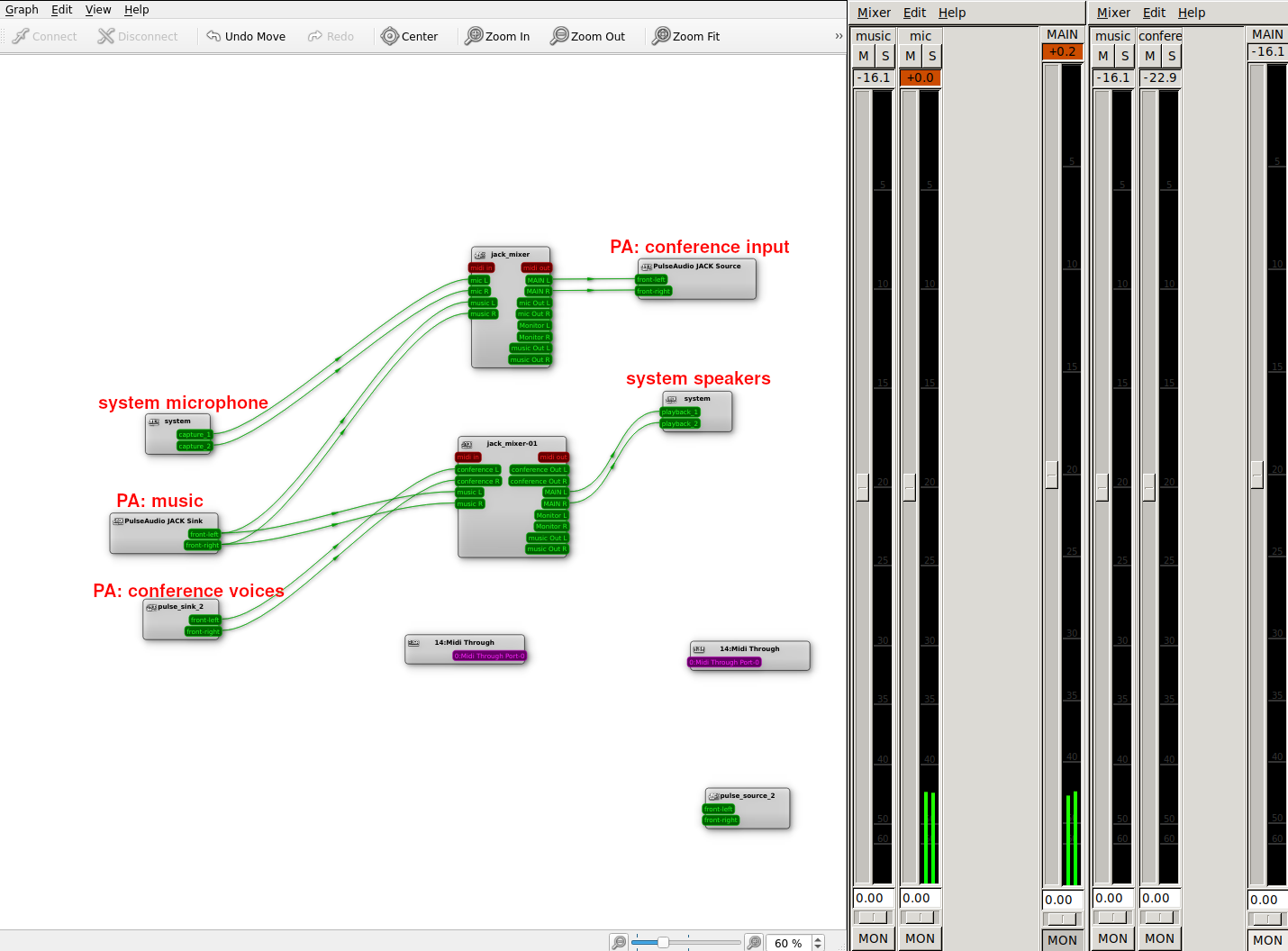 I'm wondering whether something like this exists for PulseAudio. I know that the basic building blocks for it are there (e.g. PulseAudio already lets you send audio from/to different applications to/from different sinks/sources, using pavucontrol or pactl), but what I'm missing is this graph-like view, with nodes and edges representing sinks/sources/mixers and connections, respectively.

The reason I'm asking is that I don't need JACK's realtime capabilities and running a hybrid PulseAudio/JACK setup is not only a waste of resources but also makes this kind of routing more cumbersome (as you have to set appropriate inputs/outputs both in pavucontrol and in QJackCtl). A pure-PulseAudio solution would be much nicer.

Slightly related to that (but not as important) is the question whether something like jack_mixer (linked above) exists for PulseAudio, which would present itself as several sinks and a source and allows the user to mix the incoming streams into an outgoing one, with a GUI for volume levels. pavucontrol by itself does not fit the bill, as it only allows setting volume levels for different streams "globally", not locally for just a specific mixing output.

Answering my own question because I finally found something: pagraphcontrol seems like exactly what I'm looking for. 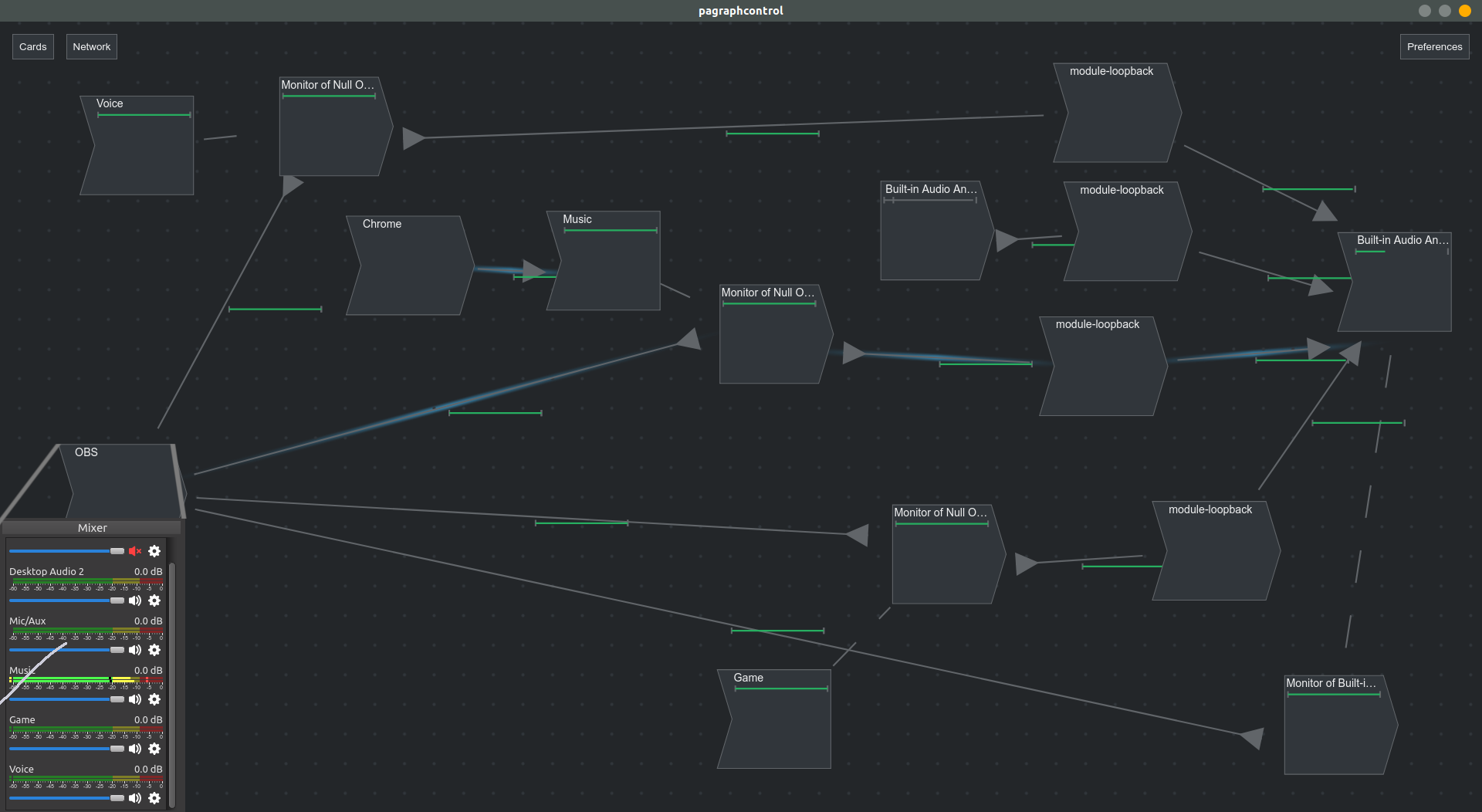 Not the answer you're looking for? Browse other questions tagged linux audio audio-recording pulseaudio audio-routing or ask your own question.