Can you recommend an interactive cellular automata/2D sparse grid visualization and computation framework?

I want to play around with different local rules for discrete and continuous cellular systems on arbitrarily large sparse 2D grids.

Think a 2D simulation of the wave equation, heat equation, electromagnetics (em wave equation and fields, not particles), but also the game of life and other interesting cellular automata rules (wireworld, the Powder Toy/'falling sand' style physics sandbox games...), air/fluid pressure & velocity simulations etc. Simple pixel-graphics editors (think mspaint in Windows 95) would also be possible in this framework when combined with the interactivity.

Each cell needs to store the same amount of data and the grid should be stored sparsely (in a hashmap or so) so that I only pay for the data that is actually doing something interesting. The unallocated data would default to some fixed or merely coordinate-dependent or maybe interpolated value. However, new cells could always be allocated.

The grid cells would have uniform size (A: if you know one that can progressively refine cells even better). The visualization and interaction should allow to easily zoom, rotate and pan the canvas in an arbitrary way (similar to https://apps.apple.com/us/app/stretchpaper/id1209617522 ). Each cell would be presented in a single, solid, programmable color (derived from or stored in the per-cell data). One or more pointing devices could be used to manipulate cells in the selected location on the grid. The conversion from screen to grid coordinates should be built-in to the framework.

Here are my other dream specs:

Here are some examples for the kinds of systems I would like to be able to implement with this:

Should I use Unity? Should I look into some fractal/cellular simulation collection like Visions of Chaos https://softology.com.au/voc.htm ?

I imagine this kind of framework opens up the possibilities for tons of (scaleable) computational fun and exploration/experimentation for students and players alike.

It does not support an infinite grid with sparsity however, I believe.

You should definitely look into some numerical methods (higher-order integration methods in particular) in order to develop differential-equation integration schemes that are stable with large timesteps and over many generations/iterations. Verlet integration/leapfrog integration (second order) is the minimum for the wave equation. Look at this difference after just 25 iterations (timestep 0.5): Euler/FTCS: 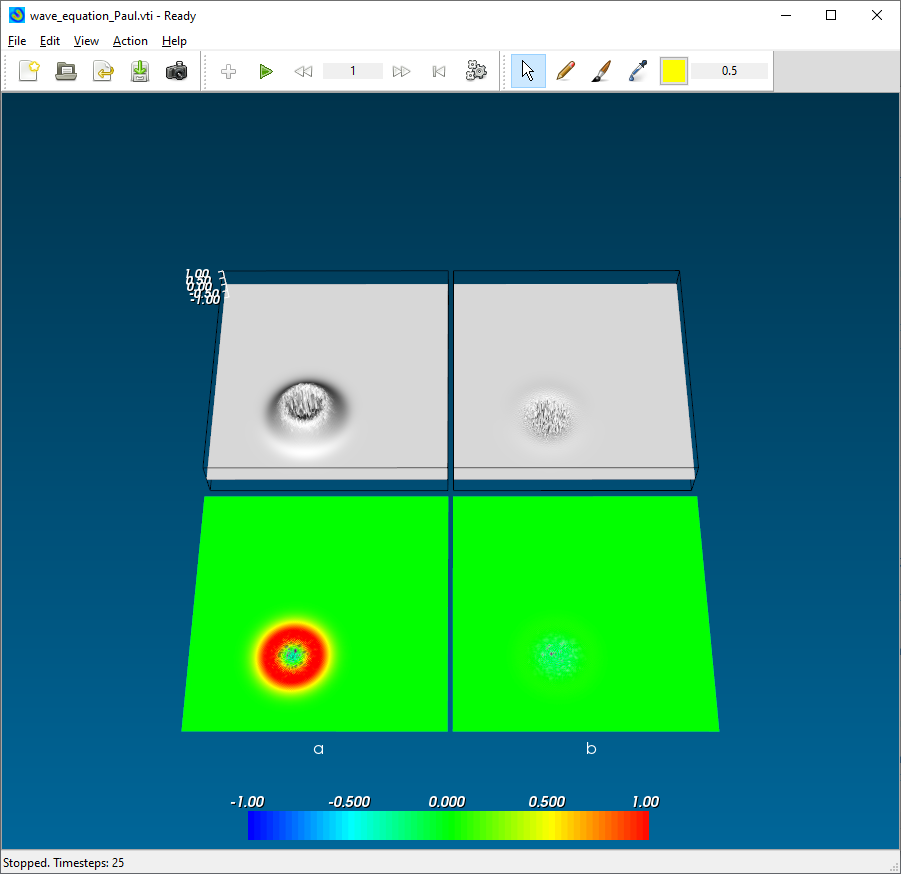 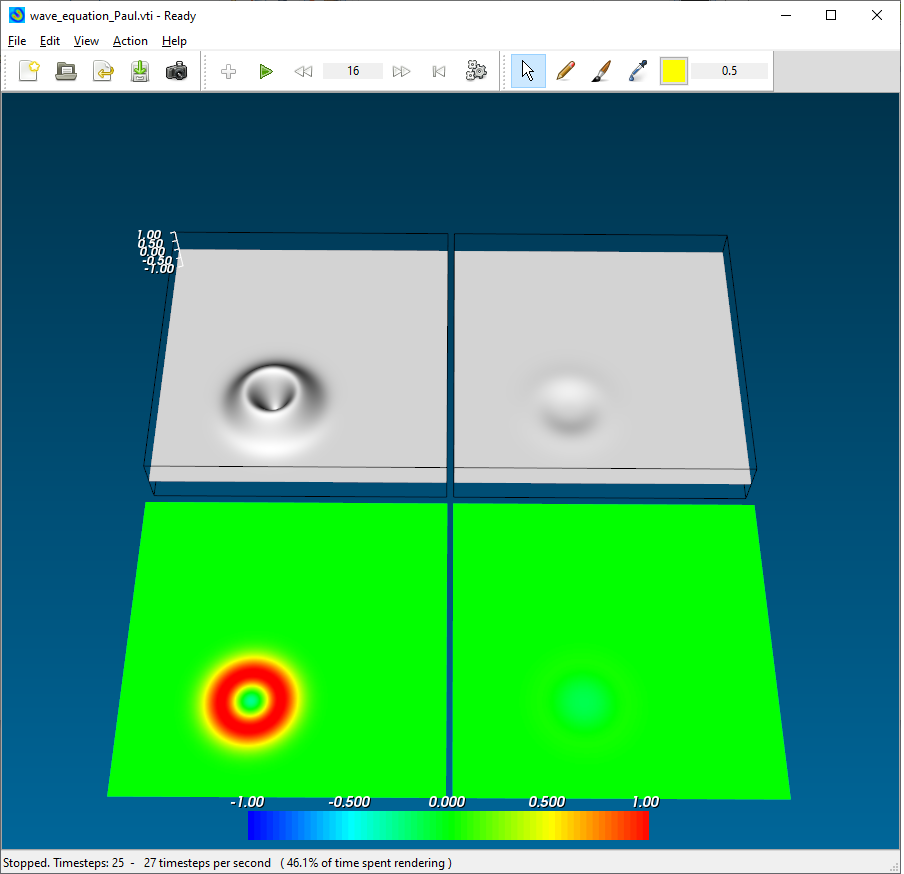 Other improved methods make more evaluations of the target function but do not require multiple past timesteps, e.g. the Lax–Wendroff method. This is a deep rabbit hole... If you don't want to cheat, you can only use "Relaxation"-type local methods for solving the differential equations you are interested in - global optimization is not allowed (domain decomposition and iterated kernels might get you a long way though).

Not the answer you're looking for? Browse other questions tagged c++ programming framework simulation pixel-graphics or ask your own question.

2
PHP framework with powerful user permission management
3
Fast and secure C++ webservices library
3
Javascript frontend library/framework for web forms, compatible with Bootstrap 3 and json-schema
0
Visualization library in Python and computation in c++
2
What framework do you recommend for a web application development project?
4
What is a good tech stack for a rather small web app in 2019?