I'm looking for a note-taking app in which I can both (i) write equations with LaTeX syntax, and (ii) paste in images without saving them to a file first.

The first of these can be done with any Markdown editor. I currently use the Markdown+Math extension for VS Code, which works well for (i) but doesn't seem to support images. Other Markdown editors may support images, but I don't want to have to save them as a file and write Markdown code to include then. Instead I'd like to just take a screen shot and then add it to the notes with CMD-V, as I would in a Stack Exchange post, and have the image saved automatically alongside the text.

Here's a list of my requirements, including the above two plus a few more.

(A previous version of this question specified OS X 10.11, but I decided to take the plunge and upgrade over the Christmas period, so more 'modern' apps are ok now too.)

The Desktop Wiki zim is written in python and fulfills all your requirements.

You can write text quickly with a minimal markup and use LaTeX for Formulas. Have a look at the nice screenshots on https://zim-wiki.org/screenshots.html 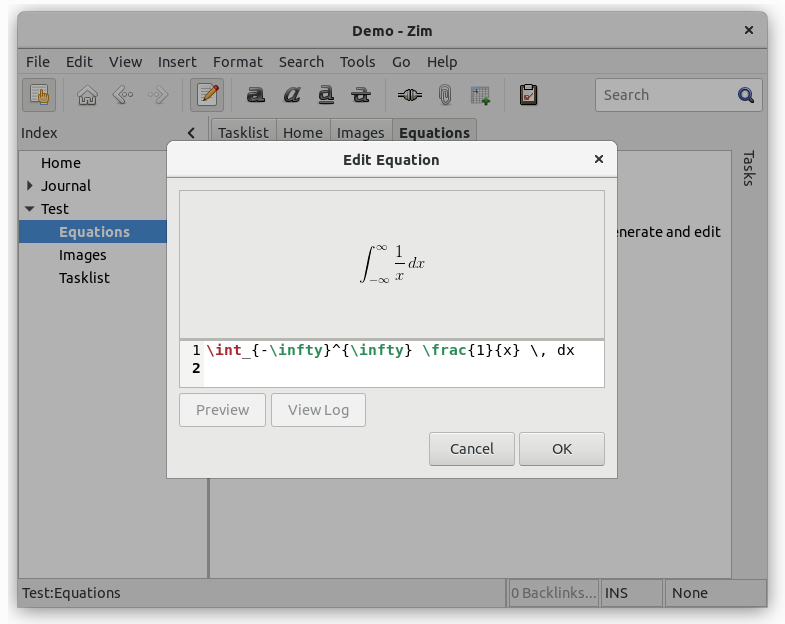 I'm writing a self-answer, based on the suggestion by Damien in the comments of Typora. Here are some pros and cons. (The cons are all very minor and most of them might get fixed, since it's in beta currently.)

By default it saves images in a central folder in ~/Application Support, but you can change it to save them in a local [filename].assets folder, which I find more future-proof.

Not the answer you're looking for? Browse other questions tagged osx note-taking or ask your own question.