I have an image, which is a custom map for a fantasy world, and would like to be able to create a zoomable, interactive map with that image as the base, and the ability to add markers on the map.

I have tried Zoomable, but it is great in terms of making an interactive map, but it doesn't allow adding markers, which is the feature I need (to see information about certain points in the map). I have also read this answer, but it doesn't ask about the interactive part of the map.

I am also not talking about generating a map, as I already have one. I want to make it interactive, and would really like to have that image to be hosted by them as well, if possible.

Is there any such tool?

You could do it with Open Street Maps and JavaScript and Leaflet. Leaflet is easy to learn and has extensive documentation. S.O has over 4k questions with the Leaflet tag, so you know that you can get good help there (I have).

The Leaflet layer providers may help.

And read Creating an Interactive World Map with Leaflet.js. It draws this map, and adds markers and tooltips. It also provides full source code to study and adapt. 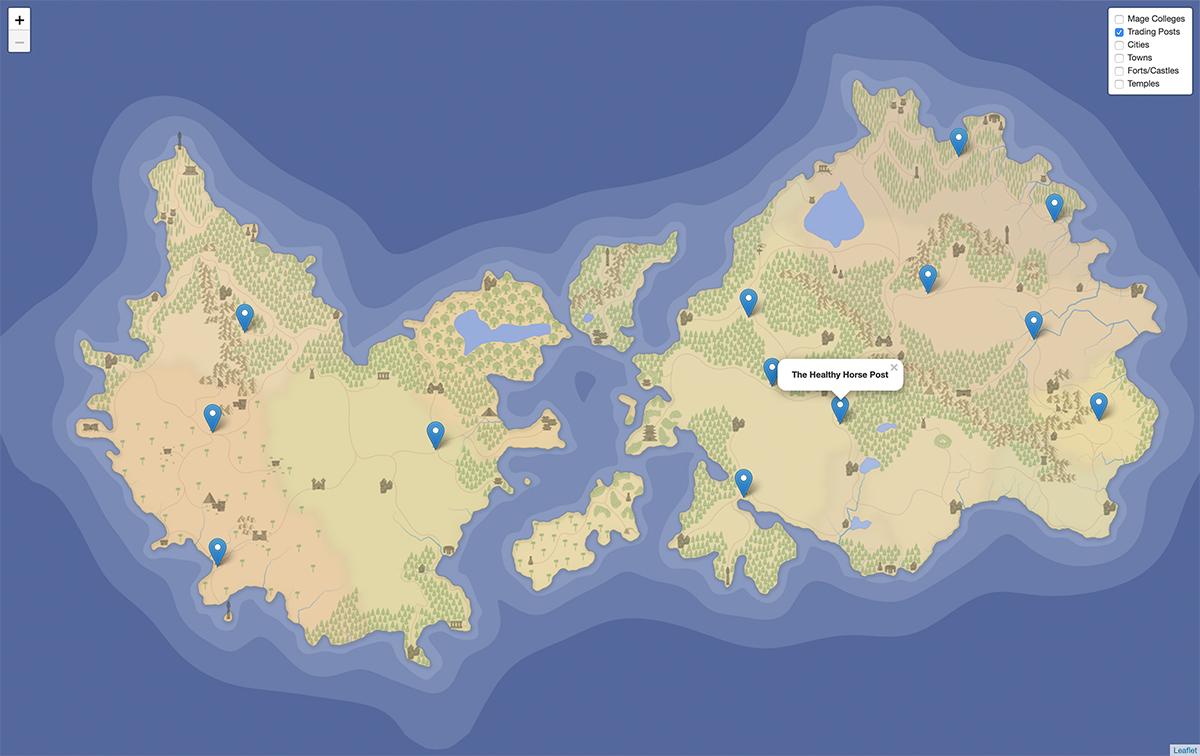 The S.O question Leaflet js fictional map has an accepted and upvoted answer which will also help you. To save you reading it, it links to this (which seems to be broken, but ymmv) and to this part of the official Leaflet docuemtnation.

Not the answer you're looking for? Browse other questions tagged maps or ask your own question.

6
Convert a huge PNG picture to an interactive, zoomable map?