Something similar to DDD debugger for Windows?

I really like the DDD debugger, because it offers a visual representation of data structures, like this: 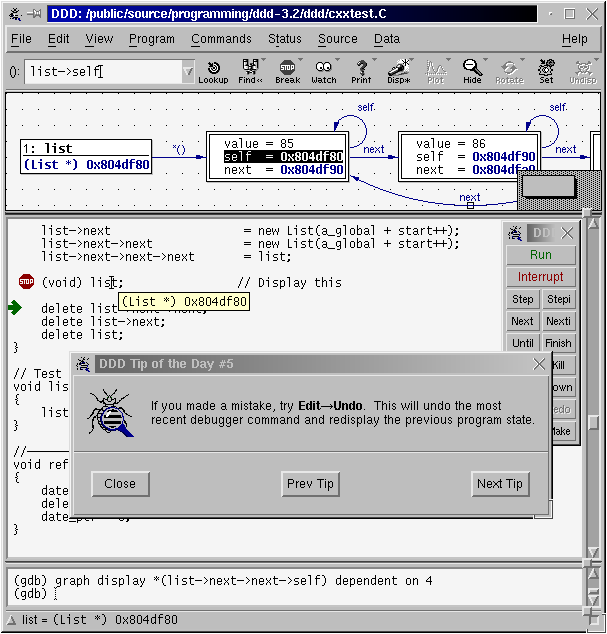 Googling returned no build for Windows, probably because it is a front end for the GNU debugger (although there is a Windows port of that).

I guess that I could use DDD with Cygwin, but I always have trouble getting X-windows working with Cygwin.

In any case, I would prefer a pure Windows solution without Cygwin.

Does anyone know of such a beast? And free, please, not commercial.

[Update] a few years later, and in a Dr Dobbs article I read

Nor DDD for Microsoft and Borland compilers, either, because their debugging information is not understood by GDB

So, it looks like the answer, sadly, is NO.

You could try Gnat Programming Studio (https://www.adacore.com/community) which is an IDE which supports Ada, C and C++ (and more)

Like all IDEs, you can create projects and debug them, but you can also load executables directly. If the path of the sources match the source on the disk, it will work with a default project, which describes easily in a pseudo-Ada file:

It has a graphical gdb interface and a graph display similar to DDD / Eclipse (depends on the versions), and Windows native version (no Cygwin). You can also type commands directly in the gdb console.

The showcased version is the professional edition, but the free version is released yearly and gets the pro features, just a little later.

In the screenshot below, I have tried graph display n which is a structure of my program. 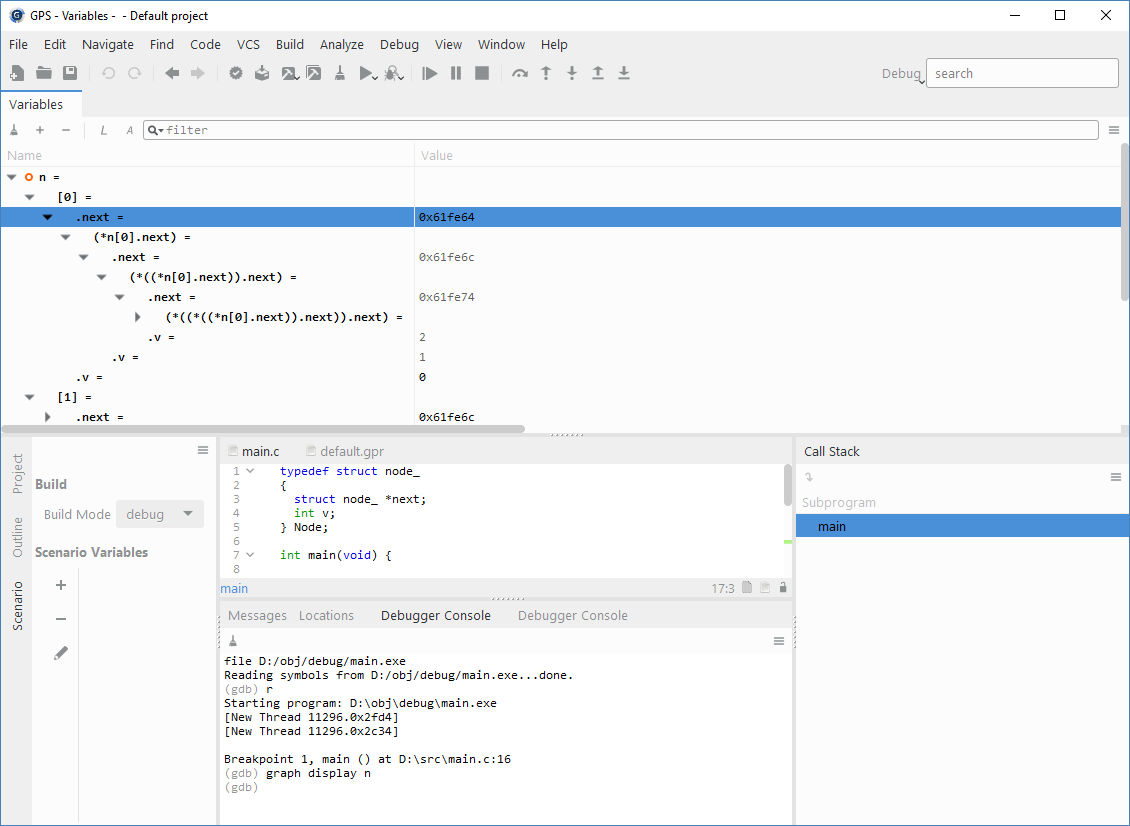 It may not be what you want (since it looks more like Eclipse debug), but it used to look very much like DDD before (and they probably thought it was obsolete). I'll investigate more to see if the old graph display is still available, in the meanwhile you have a free/relatively lightweight debugger that doesn't require an Eclipse setup.

My example is a bit of a mess but with some work (using "dereference pointers" wisely) you could achieve something.

Not the answer you're looking for? Browse other questions tagged windows gratis debugging or ask your own question.