I'm looking for a chat program to replace messenger.

I have four hard requirements:

So, I'm getting fed up with messenger and I want to replace it with something else. I also have friends who are drifting away, but they are always suggesting stuff like Kik and Signal that requires your phone number.

I have tried Whatsup (yes I know it requires a phone number) in an Android emulator, but that is not an option. It required way too much resources.

I value privacy very much, and I would prefer end to end encryption.

Personally, I don't care much for sending images and other stuff. As long as it's a working chat, I'm satisfied. But it should be as easy to use as possible on cell phones, because other people are not like me. I would also prefer if it is open source and decentralized, but those are not hard requirements.

Think of it like this. I want to be able to say to people who are not computer nerds, but just regular people in the age 18-55 (above that, i'll just use my phone number) that "Hey, I have stopped using messenger, but you can reach me at instead".

Have you considered using IRC? There are numerous clients for both desktop Linux(personally I use XChat, but that's far from the only option) and smartphones, it's free and doesn't require a phone number.

Your soft requirements: Most clients and servers are open source, and while by default it's not great when it comes to privacy, you can set up your own server fairly easily which should allay some of your concerns. It's also not at all resource-intensive.

Really easy to install with snap and very stable. It has apps for ios and android.

Actually come to think of it there is one more option "Delta Chat".

This is a new open source project which has recently become very stable and the unique point of this tool is that you can chat with anyone who has an email so they do not need to have the client. You do not need to provide a phone number and in many ways it is like an email client really but it uses autocrypt for encryption and the messages are encrypted.

The client is available for all platforms: 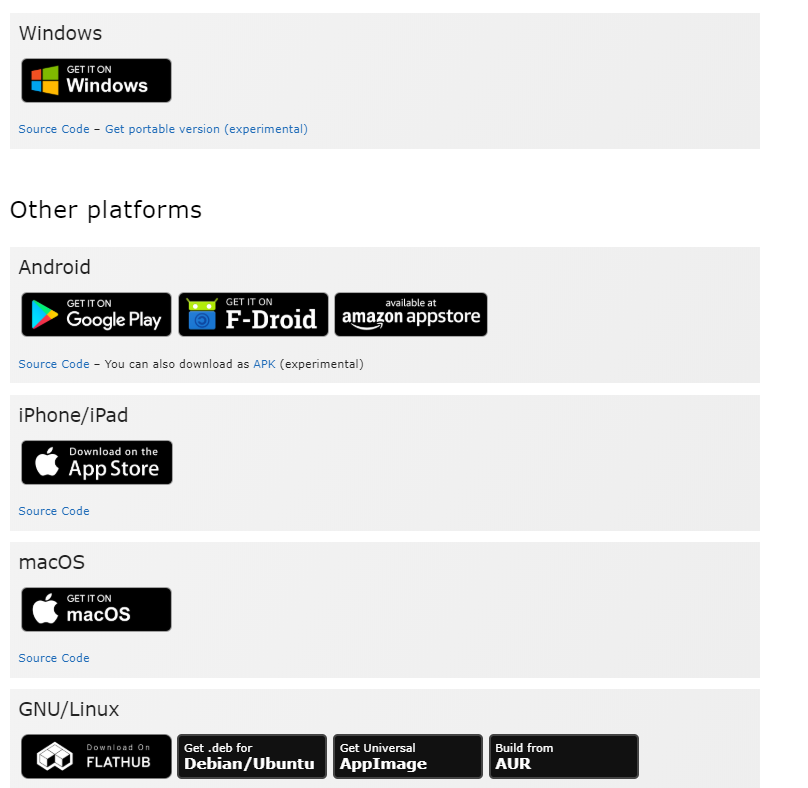 It took some work, but I managed to install the app Signal without a physical smart phone. But there is a big drawback with this.

Most people who use Signal, use it as their default app to send sms with. In practice, it means that they will send a regular sms to anyone who does not have Signal installed, and an encrypted Signal message to anyone who have registered their phone number in the Signal app. It is possible to manually override this when you send, but few will remember or care.

In practice, this means that you will miss a lot of messages. Or at least you will have to wait until you are home until you read them. That can be a good or a bad thing depending on what you want. For me, it's bad.

Not the answer you're looking for? Browse other questions tagged gratis linux chat or ask your own question.