I need a Wikipedia app that shows articles in both Japanese and French at the same time.

I know that many Wikipedia reading apps (including the official app) allow switching between languages, but it is not enough: I need to see both at the same time. 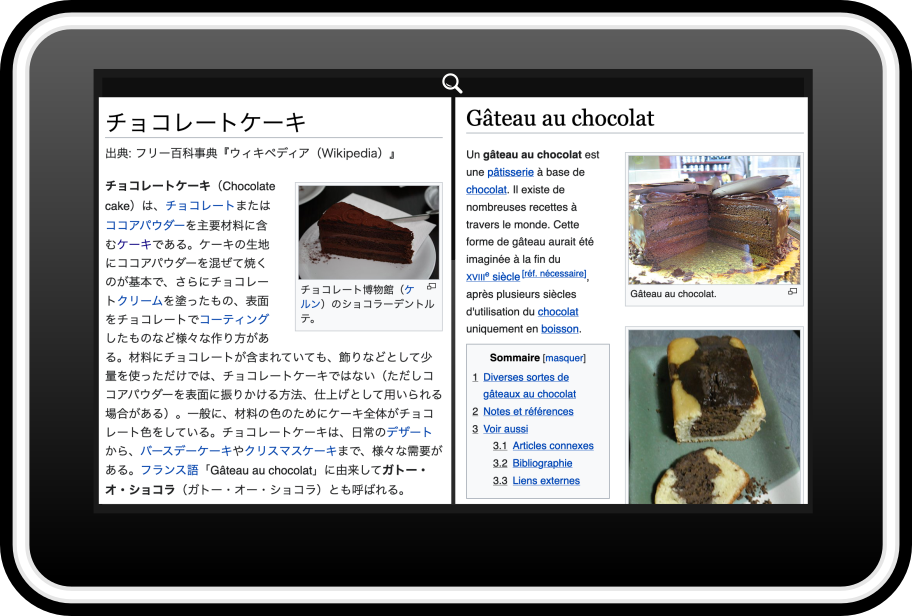 Currently, No Such App Exists If I am understanding your question correctly, what you are asking for does not exist. You are asking for a program that will display, for example, the English Wikipedia entry for a specific word on the left side of the screen and then will display the wikipedia entry for the same word in a different language on the right side of the screen.

Reason Why No App Exists The problem with your request is that each entry in Wikipedia in a specific language is independent from a Wikipedia entry in another language. So, there wouldn't be any common use for such an app. Each language has an independent entry because there is no translation software that will correctly translate written text to another language. If there is an entry that is exactly the same, a person fluent in both languages would have had to tediously translate the text directly.

Current Leader in Translation is Google I did quite a bit of research in finding a tranlation app and I learned that Google Translate is the best app. They try to translate one language to another and giving the best translation results relative to other apps but the results are still pretty mediocre. There are actually many companies vigorously researching on how to translate written text or the spoken word but none have published anything significant as of yet.

Not the answer you're looking for? Browse other questions tagged android language mediawiki or ask your own question.