A simple notes application shared between a laptop and a smartphone

I closely use two computing devices; one is mainly stationary and is my laptop and the second is mainly mobile and is my smartphone.

I have become fed up with using two different notes applications and seek a minimalist approach of unifying my notes into one application shared (directly synchronized) between the two aforementioned devices.

What will be a simple notes application shared between my laptop and my smartphone which is FOSS, gratis, has its own cloud and widely venerated as secure?

Evernote is another cross-platform solution which I've used for almost 10 years.

It has versions for Android, iOS and Windows;
In Windows, it can be installed both traditionally via a wizard and as an UWP app via Windows store (just go to https://evernote.com/download on your device). 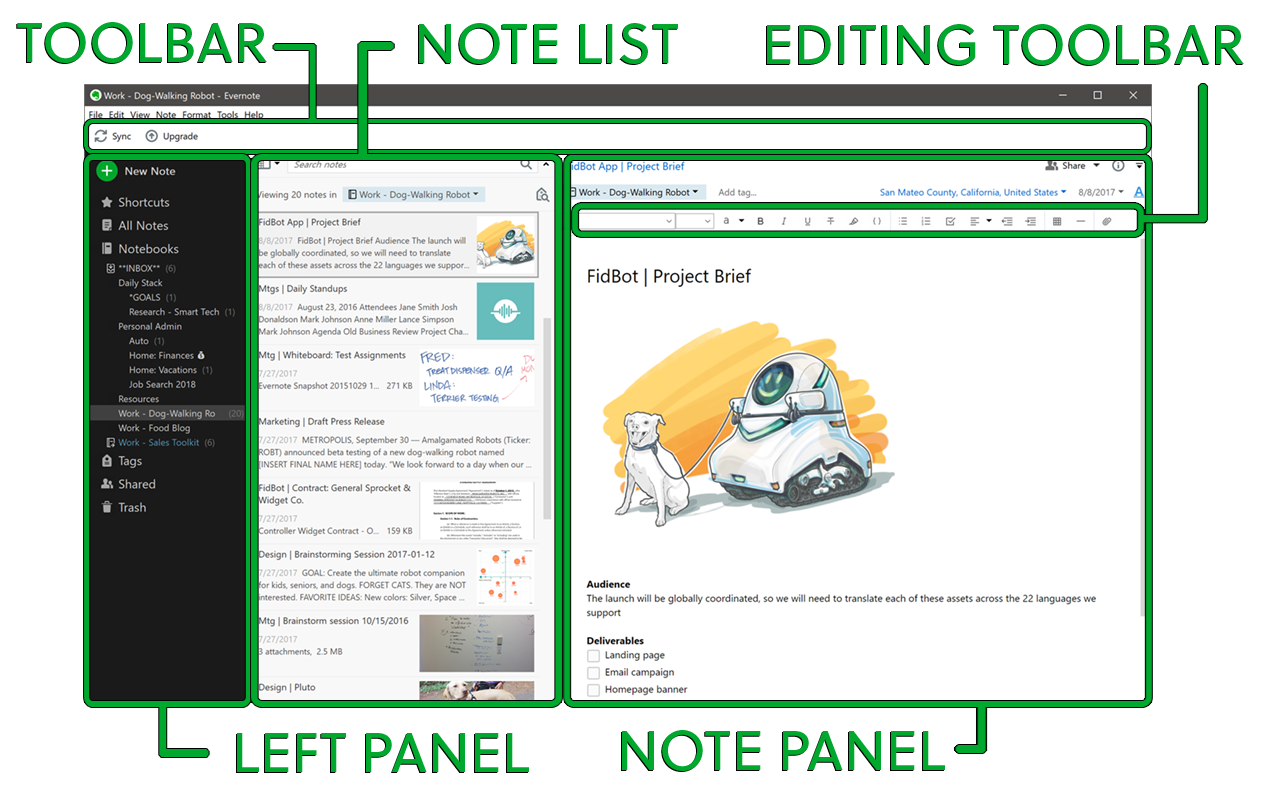 You can find more information regarding privacy and security here. It also supports encrypting contents that only can decrypt

It's not FOSS (I glossed over that, sorry) and has some limitations, but still is a great tool with lots of powerful features that don't exist in other similar software

I invite you to have a look at my application SilentNotes;
It is a FOSS application which I have developed with a strong focus on privacy.

The notes can be synchronized end-to-end encrypted between multiple Android and Windows devices and can be self-hosted. Currently supported are the FTP protocol, the WebDav protocol, Dropbox, Google-Drive and One-Drive.
It also offers a comfortable WYSIWYG editor and a fast search function.

Because the project is only in its start, I have yet to gather any testimonials to conclude that SilentNotes is "Widely venerated as secured".

Joplin seems to me to satisfy all of these (besides the direct synchronization issue, because it requires a medium such as Dropbox to synchronize data with).

I am just a happy user of this.

I have been using Simplenote and Standard Notes for years.

Both are FOSS and have their own mobile apps. For desktop I use their web editor, but they also have Windows app if you want to use it in desktop while offline.

Google Keep is available on web, Android, iOS and all platforms that can run Chrome. There are 2 official extensions you can find on the store: Google Keep Chrome Extension and Google Keep - Notes and Lists. I have no idea what the differences between them are but both can run offline and can be pinned to the taskbar to run as PWA desktop app 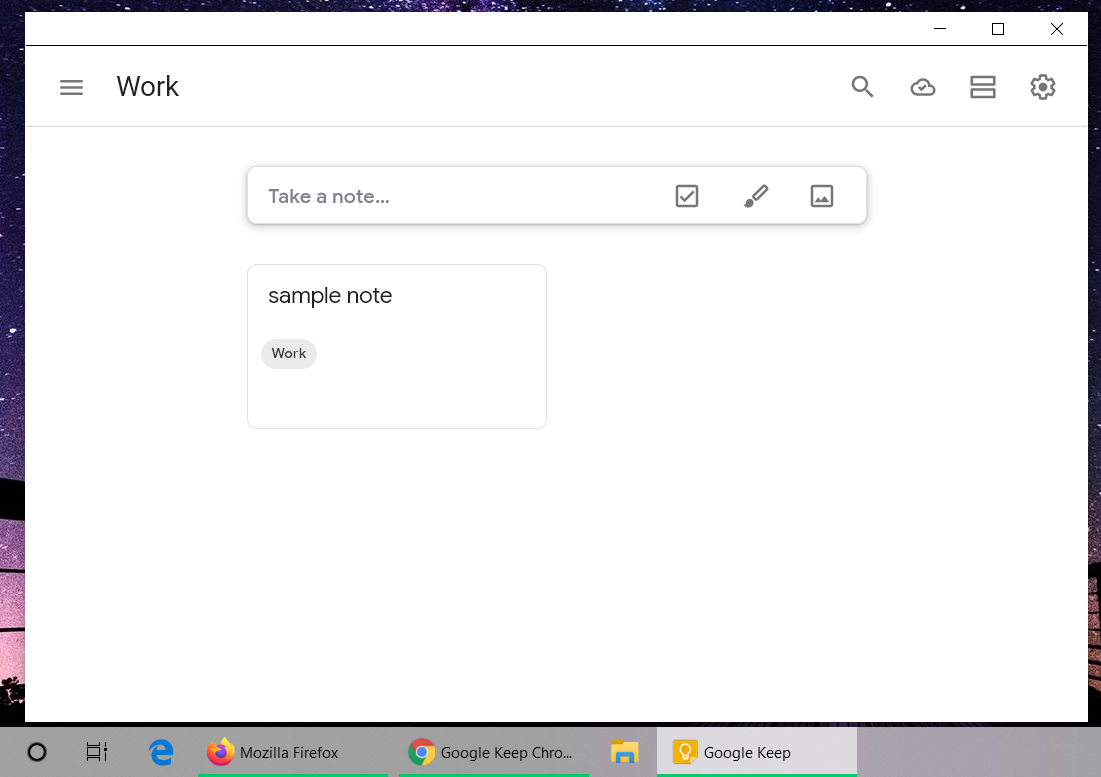 Unfortunately this is not FOSS software. I didn't noticed that requirement. But apart from that it should be OK if you use an Android phone and are not against Google

Requirements partially met:
1. my smartphone: Android app is available, ios is not supported

For me, ColorNote checks all of my boxes (literally)

I have been using it for about 5 years. I use it on Android and on Windows 10 as an app and in the browser (Firefox and Chrome). It automatically syncs nicely between all of my devices. It usually happens so quickly, that I often use it as a mechanism for transferring a picture to my laptop [just saying, it's that easy]. I mostly use OneNote in the browser because on my current work laptop the OneNote app is more restricted, I assume because it is Office 365 and my organization has a policy that restricts using personal accounts (OneDrive actually told me that when I tried to add my personal account).

I haven't used the collaboration feature much, but I just tested it out briefly in firefox browser and in the OneNote Win10 app. App worked beautifully. Another tester (my wife) and I were able to work remotely without a single flaw. It gladly allowed us to interweave words on the same page. The same test failed miserably when we were both using firefox, but maybe it was just a temporary glitch.

I recommend separate notebooks based on the level of privacy you want. Anything that is super private, like your life depends on it, shouldn't be stored in OneNote (Maybe LastPass).

For privacy of a normal OneNote notebook's content you need to look at Microsoft's Privacy Policy regarding Office products and OneDrive. There is no specific reference to OneNote in this policy, but this document is referenced by both the web and Win10 app version of OneNote. It is long, but this caught my eye:

we collect data about your usage of the service, as well as the content you store, to provide, improve, and protect the services.

My overall interpretation is that they don't intend to use the content, but even if that interpretation is correct, you still have to worry about internal bad actors or defects misusing your data since it is not a zero-knowledge solution. So, it boils down to trust.

For more security that is still shareable, you can Password protect sections which implies zero knowledge. However, since this is not OSS we have to trust that the password is not sent to MS? Locked sections cannot be searched (makes sense) and if you forget your password your data is lost, so I recommend using LastPass.

For more security that is NOT shareable with limited accessibility from other devices, store your OneNote notebook in a Personal Vault in OneDrive. Here is a good article. Although Vault may be good for other types of files, it currently has limitations for OneNote. First, it does not show up in the OneNote applications. You have to unlock your vault and click on the file. I was only successful in opening the notebook using Chrome on Win10:

For even more security that is not accessible by you on all of your devices, I think you can use OneNote 2016 application and store the file locally encrypted. I think this defeats the point though.

For the most security don't use OneNote, instead use a zero-knowledge, probably less-featured, solution like LastPass.

Comparison of web and app version by Microsoft

OneNote FAQ It appears that OneNote will continue to be free, but Office365 subscriber will start receiving premium features as of 2020.

QOwnNotes is a flexible solution that can sync with various clouds of your choice like ownCloud, Nextcloud, Dropbox, Syncthing, Seafile or BitTorrent Sync... Looks like any file syncing software is supported, but it'll work better if you have a server of your own and use platforms with a special note taking API like ownCloud or Nextcloud

It can also import notes from Evernote and supports AES-256 or custom encryption methods like Keybase.io (encryption-keybase.qml) or PGP (encryption-pgp.qml)

QOwnNotes is the open source (GPL) plain-text file markdown note taking application for GNU/Linux, Mac OS X and Windows by Patrizio Bekerle (pbek on GitHub and IRC), that (optionally) works together with the notes application of ownCloud or Nextcloud.

You are able to write down your thoughts with QOwnNotes and edit or search for them later from your mobile device (like with CloudNotes) or the ownCloud / Nextcloud web-services.

The notes are stored as plain text files and you can sync them with your ownCloud or Nextcloud sync client. Of course other software, like Dropbox, Syncthing, Seafile or BitTorrent Sync can be used too. 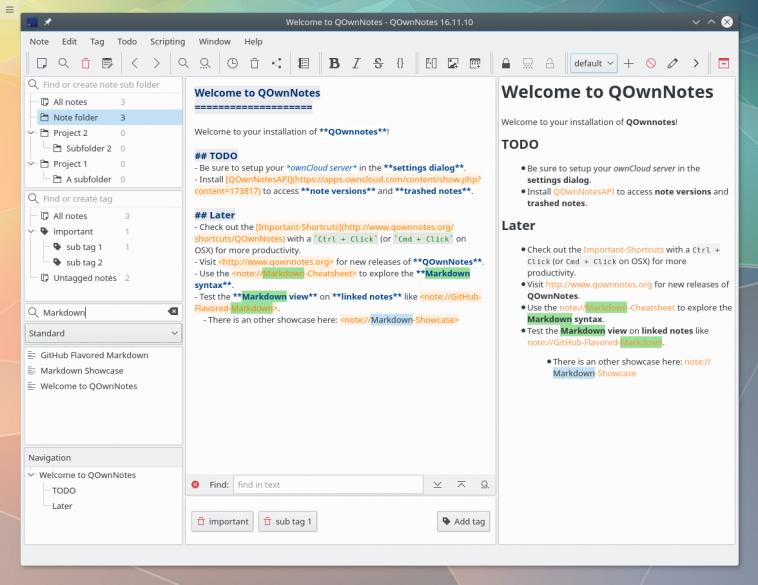 On Android you could also use any sync-tool like Synchronize Ultimate or FolderSync to sync your note files and use software like neutriNotes or Markor to edit your notes.

You can download the installer for your platform here

Some more suggestions: The best free and open-source alternatives to Google Keep on Android

2
Tool to create lecture notes and put them online
5
Simple notes manager with sections
3
Sync calendars and contacts between Thunderbird on Ubuntu and Android
2
Software to easily transfer windows between mobile/desktop/laptop
1
Notes app that syncs between Android and Windows
0
What's the difference between Shared Preferences (Android) and NoSQL? Why would I choose NoSQL for simple XML storage?
4
Minimalist VoIP smartphone application
1
Real-time whiteboard synchroniser between Android and Desktop