I had to code certain processed which were very complex and which were undocumentated. Therefor I used yEd to capture the flow of my state machines. 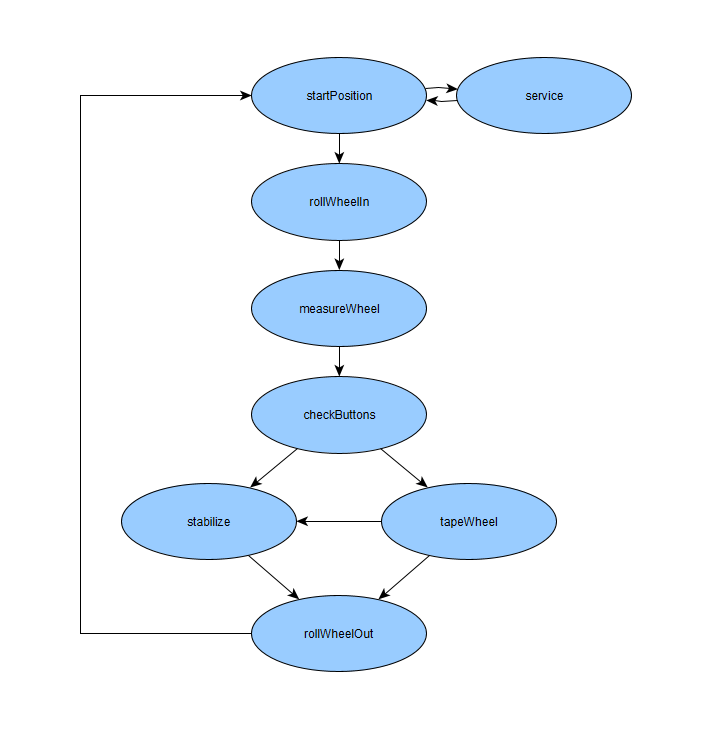 I use these for 3 reasons.

yEd lacks the capability to handle these kind of nested state machines. It has the ability to have more than 1 open tab view, but I am looking for something betters.

What I want is this. If I double click on a state (or use a hotkey), I want to automatically jump to the nested state diagram. I also want to be able to jump back ofcourse. I'd also like if the entire package fits in one file for more than 1 reason.

Currently I have to run a python script and feed it with one diagram. Than a compile-able ready-to-fill-in state machine is generated.

If a specific state calls a nested state machines, I could do the filling in part for that state already. Currently I cannot.

All state machines have a timer which are defined as name + T. Nested state machines make use of their 'parent's' timer. For this I have to #define the timer as the timer of the parents. If I know which is the parent state machine, I can fill in the timer definition in advance. Now I could modify the script so that the programmer is asked who the parent is. Than this problem is solved.

Now there are so many software packages out there. I don't know which one I should use.

So the summarize my whishes.

Which software package mets with these demands

bas knippelsbas knippels
1111 bronze badge
New contributor
bas knippels is a new contributor to this site. Take care in asking for clarification, commenting, and answering. Check out our Code of Conduct.
add a comment  |

Browse other questions tagged diagram or ask your own question.