I've been using XnView for this on Windows, it has a side-by-side comparison mode where zooming into one image zooms into the other at the same time, so you can take several pictures of the same scene, then compare details side-by-side and delete the inferior ones until only the best is left. 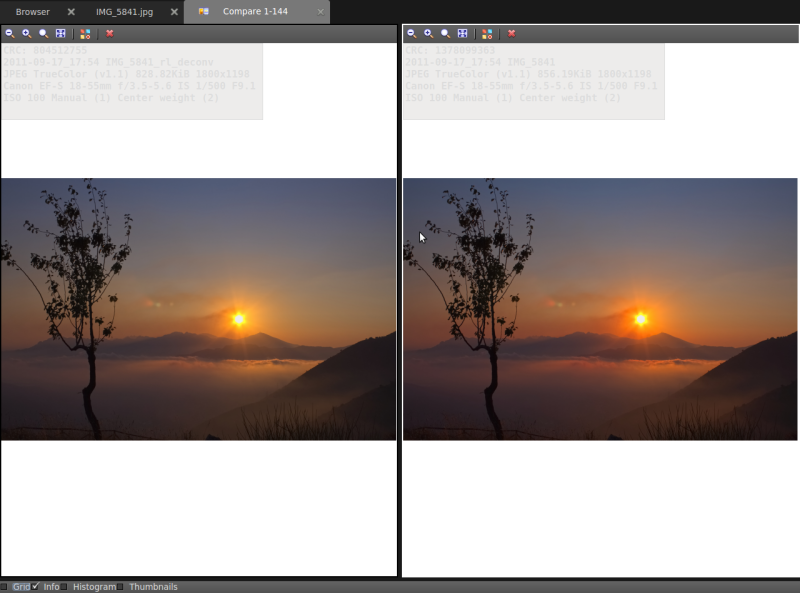 I sync all my phone's photos with my computer, compare them on the computer, and the deletions sync back to the phone. It would be nice if there were an Android app that does this directly on the phone, though. Know of any?

(Similar to Side-by-side image viewer for Android with RAW (DNG) file support except that one didn't get answered, because it was based on a misunderstanding of raw images.)

I can recommend Photo Compare. It's an app I wrote and have been maintaining exactly because I couldn't find any good image compare app for Android.

Found an app that does this:

Not the answer you're looking for? Browse other questions tagged android images photography image-viewer duplicate-files or ask your own question.

4
Android app to compare prices
2
Windows image viewer with greyscale and sepia preview at once
2
Android app for generating PDF from images
2
Organize photos into folders and access them cross-platform, including mobile