In short, something that just does what one would expect such a program to do. (Just convert it so it works on my mother's media player!)

Handbrake is one of the best free (and open-source) video converters around. It's fast, powerful, and simple. It's also quite good at converting audio.

It's a good match for you because it's...

ffmpeg would do this, and I've had excellent luck with the winff front end to it. It'll give you the commands should you want to do it manually, let you batch stuff out, or strip out the audio. It also has a sane set of common presets for things you want to do 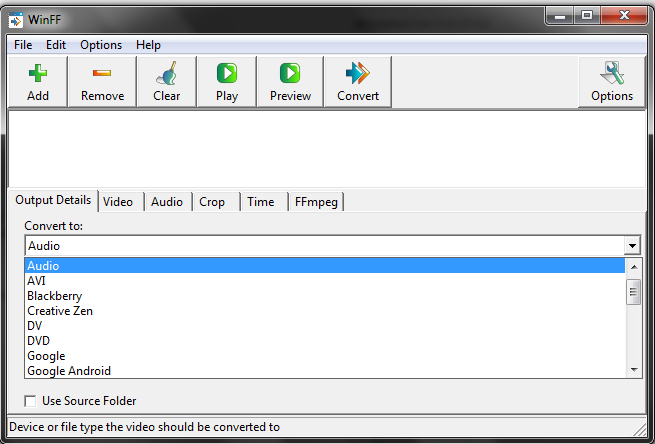 I like Format Factory. It supports a very wide range of formats and media types. 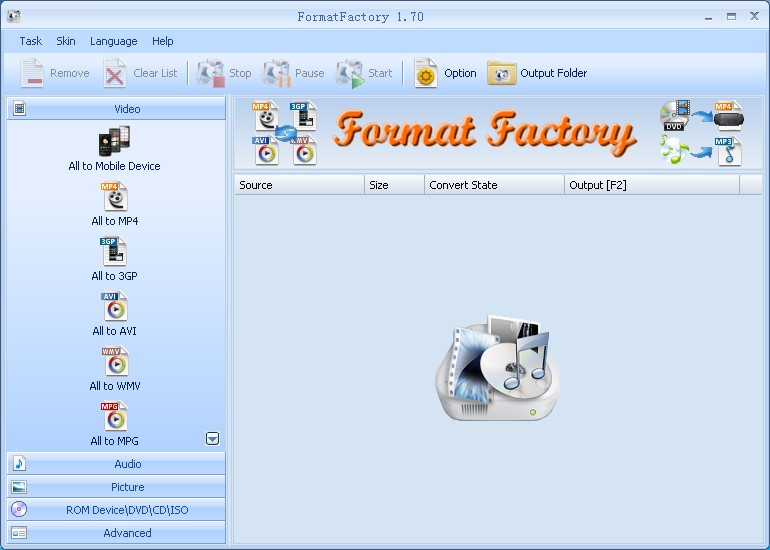 I'm not sure if it supports FLAC, though...

I personally use VLC, it's a free and open-source media player that supports a lot of video and audio formats, and it can also be used for streaming or conversion even though it's UI isn't the most intuitive for conversion.

Freemake is a good looking, powerful video converter. It is a quality alternative to paid products. 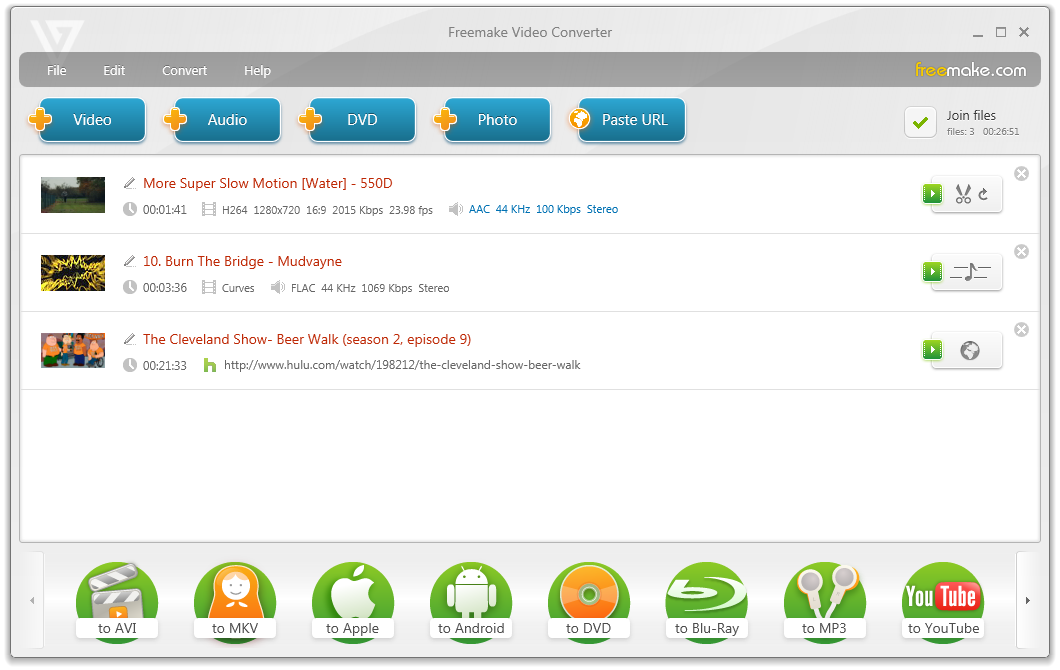 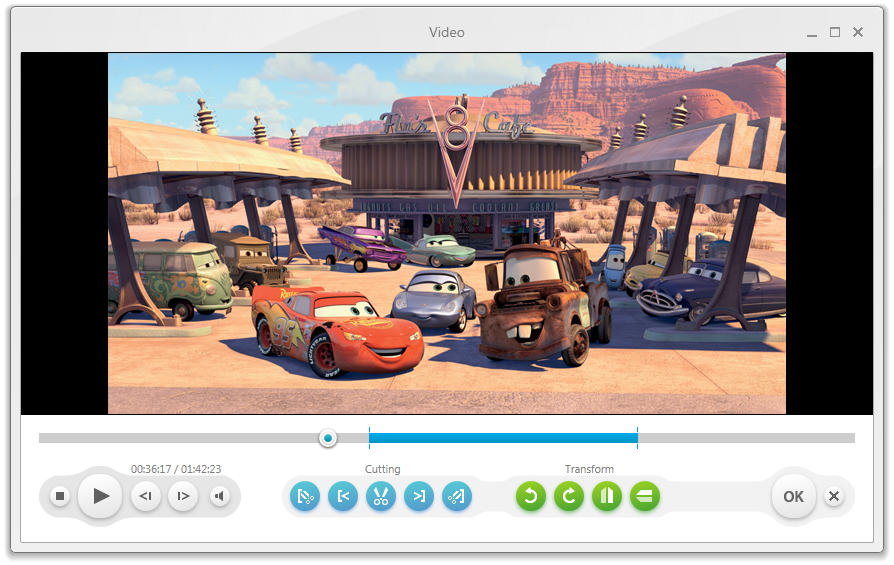 I'm going to answer this by recommending gstreamer. You're probably going to hate this answer, because it technically satisfies your requirements, while not being GUI-based. But that's okay, because someone else may find that this is the best tool for the job for them.

Basically, if you get a build of gstreamer with all the codecs enabled, it supports an enormous variety of file formats. You can use the built-in program gst-launch (variously gst-launch-0.10 or gst-launch-1.0 depending on the version you have) to build custom-tailored "pipelines" that will take almost any imaginable source media and transform it into almost any imaginable destination media.

The best part about this setup is that it's so flexible. Many GUI-driven media programs have the drawback that they implicitly expect or assume certain details about input files, and if the input data doesn't satisfy those conditions, it errors out. With gstreamer, you just do a little tweaking to your pipeline and you're off to the races.

The gstreamer SDK is a new binary build of gstreamer that provides gst-launch (among other things) across various platforms, and you don't even have to compile gstreamer yourself anymore. It is a powerful software development tool in its own right, but you can do almost any conversion you could imagine (or even live video/audio capture from a webcam/mic) through gst-launch alone. It's really a swiss army knife.

The debugging information it provides is incredible, too. You can use the decodebin element along with the -v switch (for verbose) to get a huge amount of information about how gstreamer is attempting to demux and then decode your input data, which can give you deep insights into just how the source media is structured. If the source media was produced via some consumer electronics device, this can be extremely useful to figure out just what the input file consists of, and you can then either use gstreamer directly, or some other tool, to process it into the desired form to work with it further.

There are many sites on the web if you google that will provide example pipelines to get you started, but the general format I like to use is:

Gstreamer is much simpler to learn and master than writing C code or anything that complex, but it provides a powerful framework for power users to handle audio and video streams in extremely flexible ways.

A command line utility called mencoder, part of the mplayer suite, can do this: it can convert any format (audio, video or both, and even subtitles) that the mplayer utility itself can play, into many other formats. It's relatively easy to use (basically: you sort out the options you need only once, then just throw input at always-the-same command line) and, as it's designed for conversion only, does just that job but does it well.

Try Total Video Converter, though it's called Video converter it can most well be used to convert audio files.

And So much more

Not the answer you're looking for? Browse other questions tagged windows gratis video audio media-converter or ask your own question.

5
Suggest a good video converter for Windows OS
4
Command Line Video Converter (For Batch Conversions) For Windows
3
Is there a free video converter that allows you to adjust color settings (filters) like brightness, contrast, and gamma?
2
Video converter WITH option to use external codecs
2
Free program to make a slideshow of pictures
0
Convert multiple .m4a or wav audio files to mp3

3
Is there a free video converter that allows you to adjust color settings (filters) like brightness, contrast, and gamma?
14
Alternative to Windows Media Player that supports all video/audio files
11
A lightweight audio/video editor
2
Video converter WITH option to use external codecs
3
Video converter for Linux
2
Music playback software similar to iTunes with FLAC support
5
Looking for media player for Windows 8.1
1
Software that converts Audio to Video
2
Simple Mac video converter app