I have a lot of videos taken on my phone that are mostly useless, but have priceless portions.
For example a 5 minute video that has my child doing something cute for 20 seconds near the end.
I'd like something that can trim/cut that 5 minute video down to the 30 seconds I'd like to keep.

I don't need a lot of cool stuff, but simple transitions would be nice.

I'm looking for software that would:

Things I don't care about 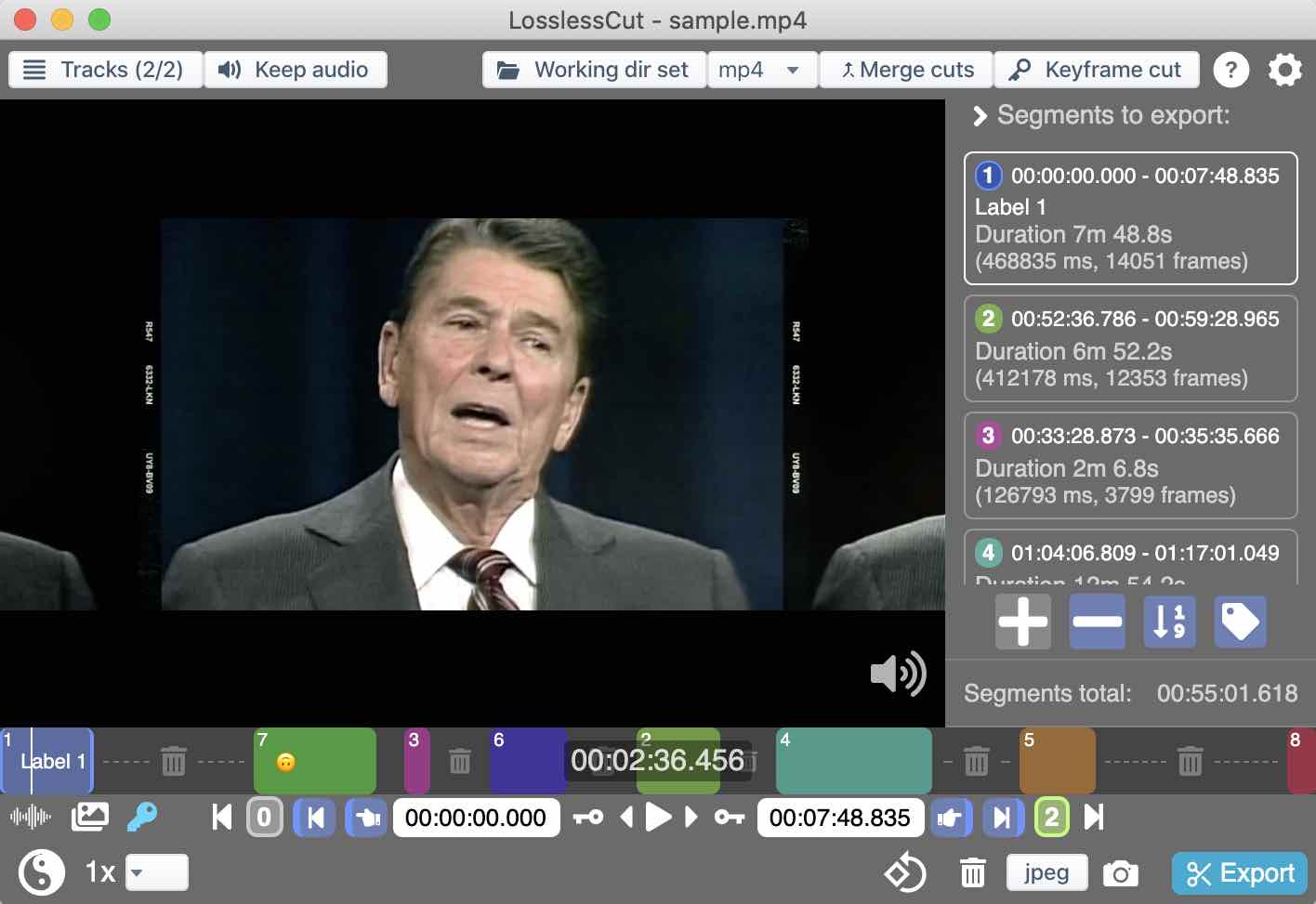 It's free if you get it from Github: https://github.com/mifi/lossless-cut

Avidemux is freeware and multiplatform, so it will work on your computer. Note please that the version from the windows store is not related to the original authors, so dont pay for that! If you download from the original site it is free. It is really porwerfull, but some care will need to be taken when selecting the output formats.

6
What video player has an accurate frame count or a precise timestamp?
5
Android application to remove a segment from a video
2
Windows or Android application to rotate videos 90 degrees
2
Which video editing software should I use for Youtube videos?
24
Simple program to cut videos without ANY loss of quality for Windows, Linux or Android
2
Mini video player for Windows
1
Windows command line software to produce pieces of videos between start/end time
1
I need simple software for videos editing and merging?