In Visual Studio, you can easily copy the results of unit tests, like this: 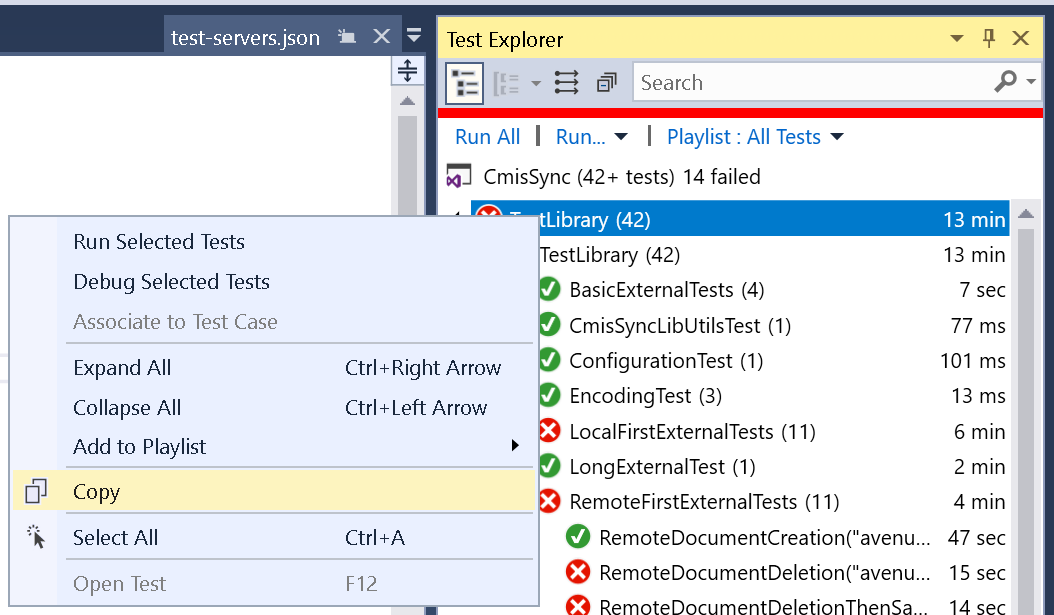 The result has this format:

My goal is to see the difference between two different executions of the unit tests, for instance to compare two branches or two commits. Which tests started failing (or being skipped), which tests started passing.

The unit tests whose result has not changed (still passing, or still failing, or still skipped) should not be shown.

One of the difficulties is that copying as seen in the screenshot above lists the tests in a different order.

Browse other questions tagged visual-studio unit-tests or ask your own question.