For my work, I need to write and test some python code on several remote linux servers. I am looking for a user-friendly IDE on my local windows computer that can:

So far, I have tried:

I also use Vim and SublimeText on a regular basis, but I'm looking for something a bit more user-friendly here.

Ideally, I would like the IDE to be able to rely on PuTTY, much like SSH FS does in visual studio code, since I already have sessions setup.

Any suggestions are welcome :-)

WingIDE Professional Edition should meet your needs nicely (but not for Free after the 30 trial). 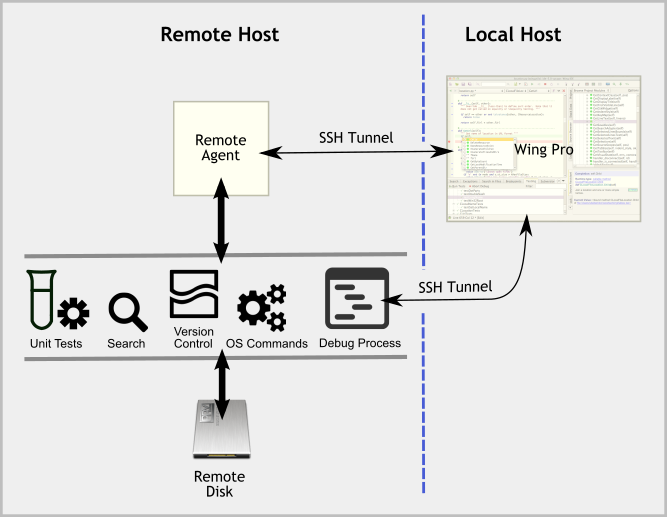 Wing is my personal preference - I do not have any other relationship with WingWare other than as a user & customer.

You could consider using PyDev which is an excellent Python IDE plugin for Eclipse.

Not the answer you're looking for? Browse other questions tagged python remote-access sublime-text visual-studio-code or ask your own question.