I've seen such in Clip Studio Paint (ex Manga Studio). There is brush that makes such strokes that when you made a stroke it's shape became better: it became more smooth and tips became sharp. It may be raster or vector - doesn't matter. It's called "For effect brush". Is there something free of cheaper that Clip Studio ? I would appreciate recommendations both for Linux and Windows. 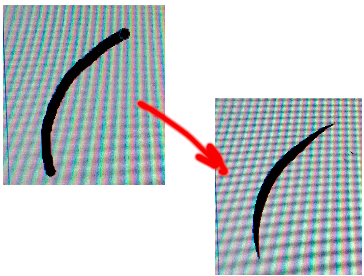 I think Krita is a good option.

Krita is a professional FREE and open source painting program, and has Brush Stabilizers.

It's available for Linux, Windows and Mac.

You could see the full features in https://krita.org/en/features/highlights/

Not the answer you're looking for? Browse other questions tagged linux ubuntu drawing graphic-design animation or ask your own question.

6
Is there a Linux music player which has nestable smart playlists AND syncs with Android?
5
Application for drawing diagrams freehand and exporting as images on Microsoft Surface with support for the Surface Pen
2
Note taking Web app with one-time password support (free/libre, self-hosted)
0
Lenovo Yoga Book with Android - which apps can use the drawing pad? (besides Note Saver)