Visual Studio Ultimate contains a way to visualize project dependencies for a solution. I do not have access to that edition (I have Pro, but am looking for a solution that will also work when using Express editions).

So, what would you recommend for visualizing project dependencies for a VS2013 solution?

What have I tried: / considered

Well, what I've tried? To be honest: nothing yet. A search or two gives me some options:

In short, I haven't tried much yet. Instead I used my first bit of time to write the above question and ask the experts: what would you recommend?

It seems to fill at least half of your requirements:

Here is a sample with a small solution: 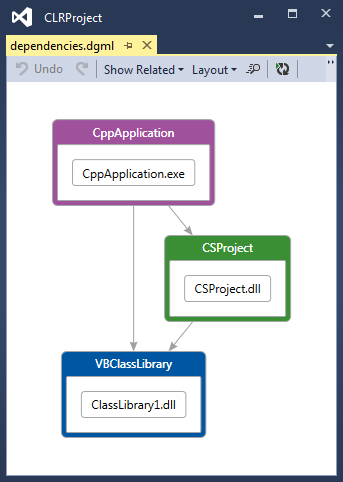 Not the answer you're looking for? Browse other questions tagged gratis data-visualization code-analysis visual-studio or ask your own question.