Adobe InDesign is the dominant player in the Desktop Publishing world. It is used for many books, and also for magazine and pamphlets, and even things like greeting-cards and invitations.

It is almost $1000, and having used it, if I were in the business of professionally producing books, (esp, with complex layouts), I would say it would be worth every penny. How ever, at the moment I'm only doing it as a hobby.

It's lower-end cousin is MS-Publisher, which can be replaced with Scribus. (Feel free to answer with a argument that suggests Scribus can replace InDesign)

conTeXt, a cousin of LaTeX seems like it might be a alternative, but the learning curve seems steep (the few times I've tried).

LaTeX itself might be a good alternative, but it seem that it forces you into the mould of what ever document class you are using (eg memoir, koma-book), and that to define a document-class of your own, you need far more than beginner knowledge.

Cost/Licence: Must be free, Ideally would be Open Source 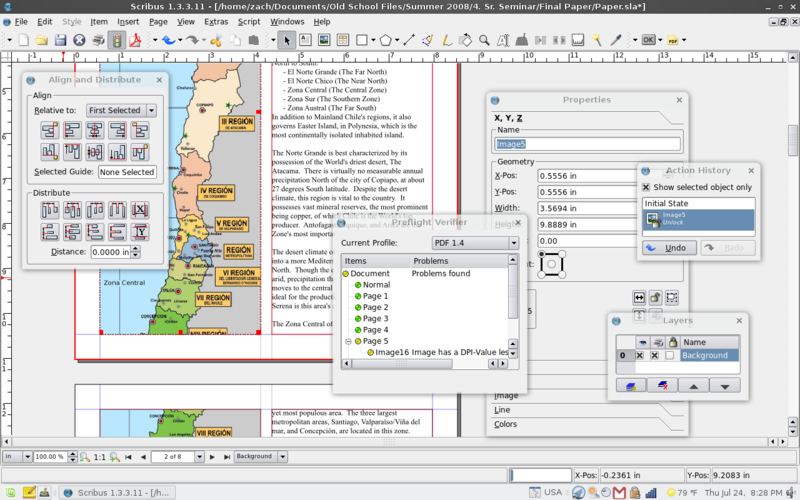 Not the answer you're looking for? Browse other questions tagged open-source graphic-design desktop-publishing or ask your own question.

4
Desktop publishing / page layout for Linux
1
Adobe Dreamweaver alternatives?
5
Free alternatives to Microsoft Publisher?
0
Is Affinity Designer an Alternative to Indesign, or is there something better?
0
alternatives to Adobe PS Sketch, that work on macOS desktop
3
Development Framework for Desktop App with GUI