Classic home network problem - I have the fastest consumer connection I can get (1 Gbps), but the network speeds are incredibly slow on all devices.

I realize that the router (and its speed), extender, cables, number of devices, walls muffling radio signals, etc all play a role in capping speeds to the slowest link in the chain and using up bandwidth, and so on.

What I'm looking for is some app that will help me map out the degradation in performance, so that I can understand which changes I should make to improve speeds.

The network consists of

You must physical test one piece at a time.

If all windows running devices aren't Windows 7 or better the poor infrastructure of the old OS will prevent good networking speeds.

How much bandwidth do you get?

Fill out the survey, and click "email me".... https://www.atto.com/disk-benchmark/ 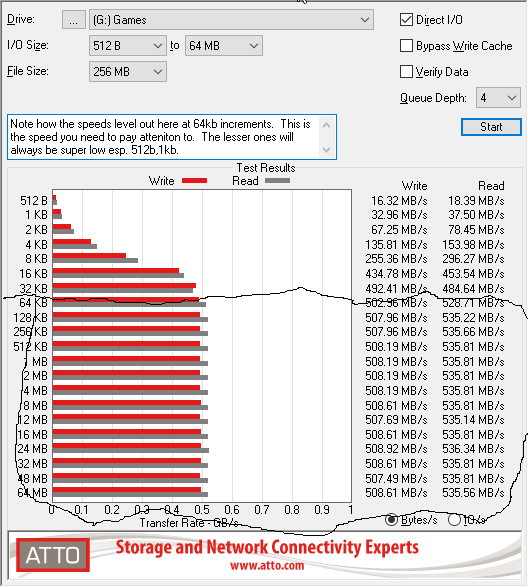 If you can't get 125mb/s here in the circled area you will never get it anywhere else. Run this on both laptops. Even then windows use part of the bandwidth at all times so you will need to be even faster than 125mb/s to get 125mb/s downloads speeds. I would say 150-175 minimum.

What is your laptop like hardware wise? This could be a limiting factor also. If its not at least 2ghz and dual core you will definitely have a bottleneck.

Ignoring the super small sizes and focusing on the best numbers what are the results of the above benchmark on both hard drives.

Most sites won't even allow you to connect at gigabit speeds since your hogging to much of their bandwidth. Maybe huge companies like google,microsoft, and etc. Therefore you will need to download from at least 4-5 sites at once, and total the bandwidth.

So what is the total bandwidth.

Significantly less than 1gb? If so call the cable company. 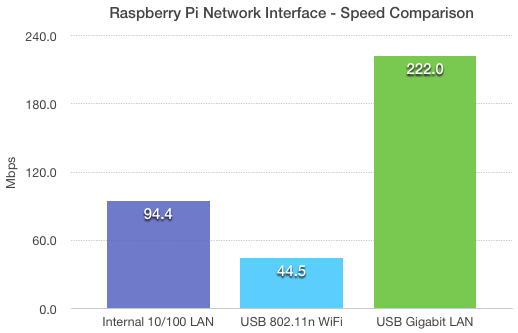 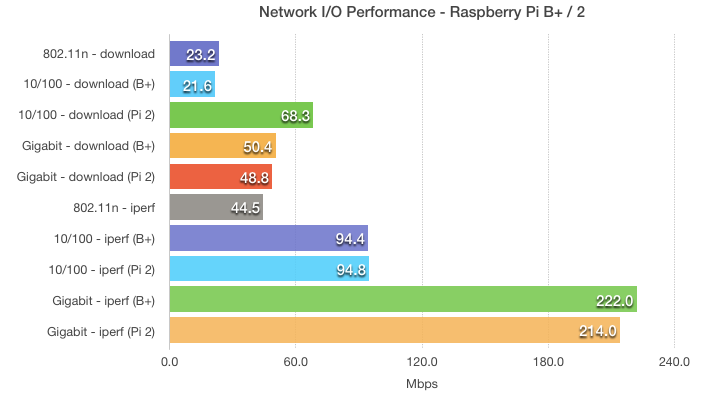 in real world use you get ~224 Mbps or 28mb/s as a MAX. The USB 2.0 hub limits the performance, and depending what else is going on it maybe less than that.

Similiarly: Your Roku and Chromecast devices have much low capabilities and/or needs. 1080p is something like 10mb/s max with certain codec. So they will never reach anything like 125mb/s. Unless your stream 4k, and even 4k doesn't require all of that. Also you don't say which Roku you have, and only the most expensive ones even support 4k.

Android Phone: Which one? Again, here only the flagship models are going to come any where near supporting 125mb/s. Don't have a Samsung Galaxy S9, or newest Google Pixel device your probably out of luck.

Ok, back to testing.

Laptop 1 to Router to Laptop 2 and nothing else. Using hard wired networking using "windows file sharing"

If you can achieve 100+ mb/s your bottleneck is else where, if not you have already discovered an issue.

At each stage you should be at 100+mb/s, at least hard wired.

Please move both laptops as close as physically possible to the wifi router.

Not the answer you're looking for? Browse other questions tagged networking wifi or ask your own question.

6
Measuring LAN Speed in a home network
1
Network performance monitoring
6
Tool to monitor how much Internet data devices are consuming in a home network, quota
2
Is there any way or software by which I can monitor my home WiFi?
2
How do find out how many devices near me have wifi enabled?
1
Website to show/monitor home network traffic?
0
Is any tools can check my network card health status?