Is there a lightweight IDE for C with nice visual design?

I am looking for an 'ideal' environment for writing and running simple C programs for beginners in programming. What I want is something that has an appealing design, like Sublime Text 3 or Visual Studio Code, lightweight, in addition with the feature of creating the project folder automatically and also a straightforward building and running program with one click. It would be nice to see the output side-by-side with code.

The other way of saying what I need is a repl.it with visual appearance of Sublime or Visual Code. Or some of these editors or similar, like Atom, with simple run button.

Software I know that is out there but don't have all of that features:

Simply, I need a nice looking, easy to use tool, with no lagging, in order to achieve a good user experience for beginners that allow easy experimentation with C code.

I think I'm gonna use Visual Studio Code integrated with Terminal. I was wondering if I can make some bash script (not sure if this the right thing I need) which would create a directory named with parameter and setting a variable so that using other script, user could run and compile the current working file. I think I can figure it out, I'm just not sure it will work properly.

CudaText (free, open source) is lite and allows it, but with some steps from user.

Better if you do all steps for user, and make CudaText zip, with plugins and config (in settings/ dir). It can be .zip file which must be unpacked over CudaText. 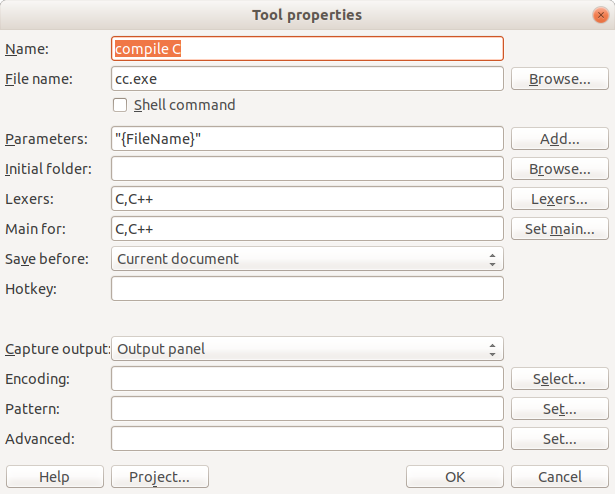 Both free and Free, builds available for Linux, Windows, and OS X, has plugins for all sorts of stuff, and has configurable-by-file-extension "build", "compile" and "run" buttons/menus.