Creating website wireframes on GNU/Linux with a free/libre tool

Locally/offline, or on my own server.

Update: The original tool seems to be no longer in development (last release from 2013-09). @wb9688 mentioned that there’s a fork: https://github.com/prikhi/pencil

Update 2: @nradk commented that the fork is no longer maintained. https://github.com/evolus/pencil is another fork, "in active development, and it is actually a rewrite of the old one".

Pencil (License: GPLv2) is a "GUI prototyping tool" which is available as

(*) It’s included in the software repositories of Arch Linux and Fedora (as pencil).

I use Pencil as Firefox add-on. It opens a new window (with no Firefox chrome, it got its own menu bar etc). Sometimes, it gets kind of slow (e.g., when I rearrange graphics), but here my old PC might be to blame.

The graphics are called "Shape Collections" or "stencils". It ships with a few sets for different interfaces (including Web). Additional graphics can be imported. Here’s a sample wireframe I made to get an idea of some of the included graphics: 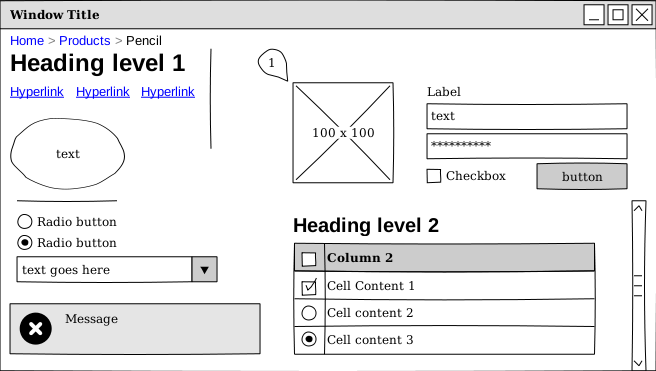 Export of wireframes is possible as PNG, HTML, PDF, SVG, and ODT. A nice thing about the HTML ("Single web page") export is that you can add hyperlinks that link to other mock-ups (included in the same Pencil document), i.e., you can simulate user interactions.

While not primarily a wireframing tool, Inkscape tends to be used for wireframes and mockups in open-source circles--GNOME and elementary use it, for example. (Similarly, in the proprietary world, UX designers tend to use generic vector design tools like Sketch and Figma.)

If you're looking for components to start with, it'll depend on the platform you're designing for.

Perhaps you may consider the Mockplus for a while. It can help you to create brilliant prototypes/wireframes both for mobile phones and webs. 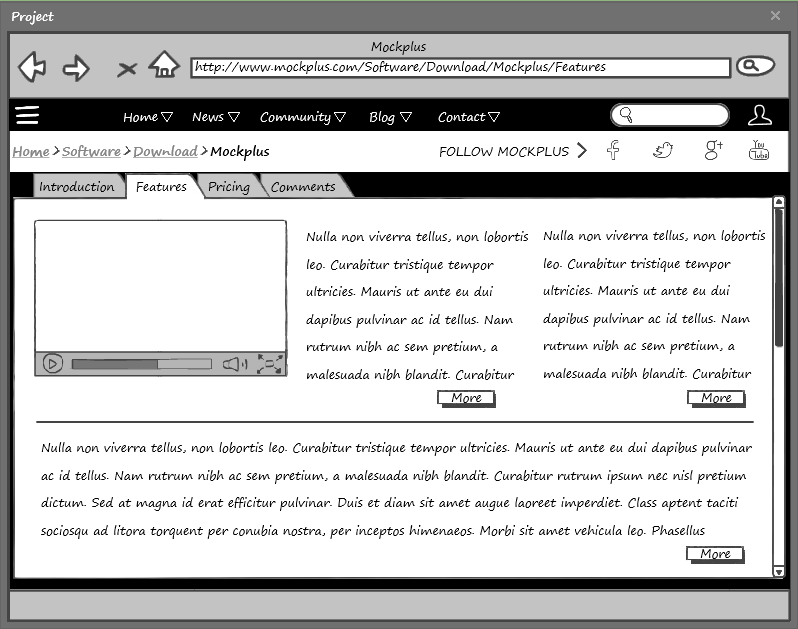 Not the answer you're looking for? Browse other questions tagged linux open-source wireframing or ask your own question.