How to turn a complex geometric figure inside out (Win 10, 64-bit)?

I'm trying to shift geometric figures across a sphere: 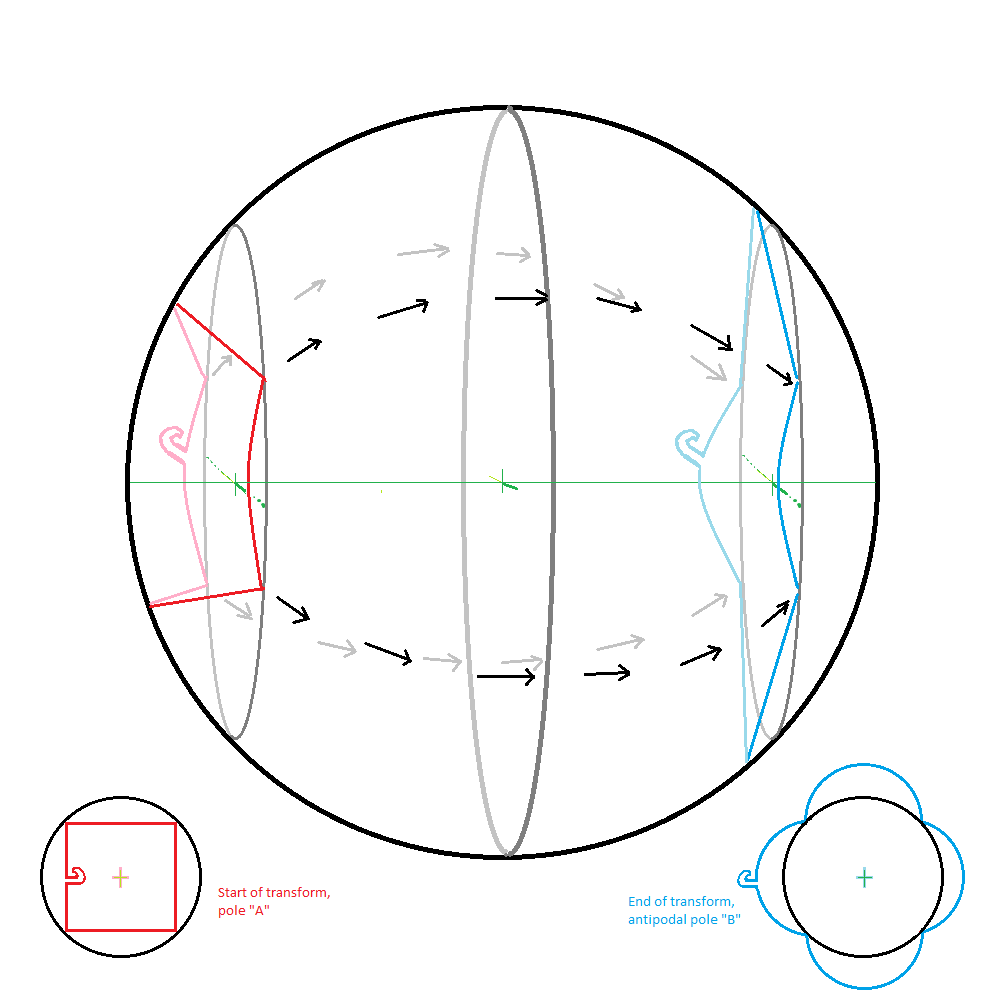 As you can see from the picture above, all points are meant to follow meridional paths, stretching the figure outward around the surface's radial slices like an embedded rubber band until it crosses a great circle, then contracting back down to its original size at the far end of the sphere (so that the figure is now turned inside out).

The picture below shows the same intended transform on an object with a centroid that's outside of its borders: 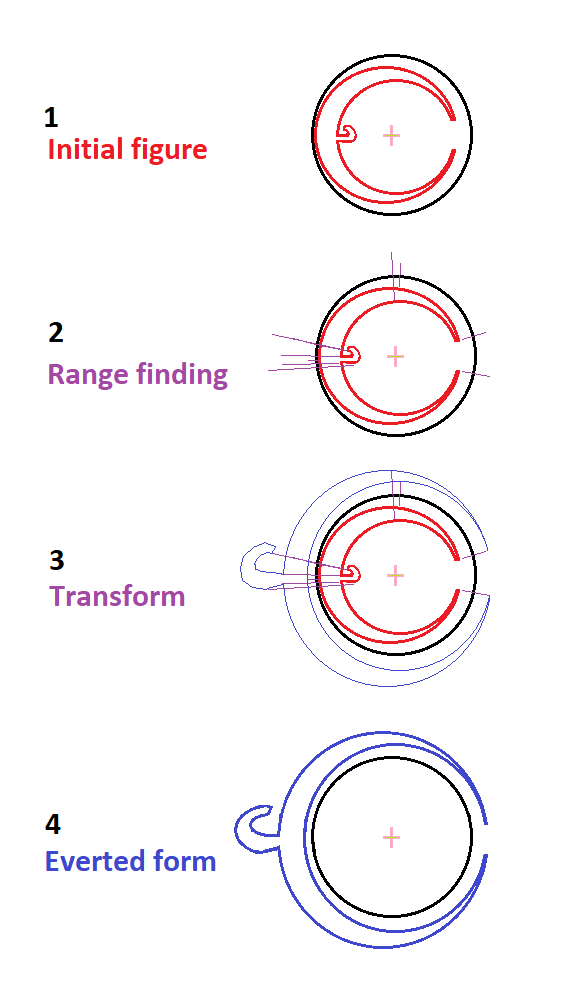 Basically, it's a question of flipping a figure's borderline radial distances around its mean radius (everting dents and inverting bulges). I know what I want, but I don't know how to get there.

It's clearly not a rotation, translation (in the usual sense of being identical to a rotation), reflection (though that's close), scale, shear, or skew. The closest terminology that I've imagined so far is a "sleeve-transform on genus 0 topology", but I haven't found the right terms for a decent Google search on the underlying mathematical techniques with which to approach the transform.

Right now, I'm doing it by hand -- finding the inscribing and circumscribing circles, taking the centroid as a locus from which to measure the edge-coordinates, and flipping the annulus of circles around the mean annular radius. A pain in the ass, but functional for figures that contain their centroid within their boundary (simple polygons are easy, but not something complex like a country's border, and definitely no good for figures with an external centroid (e.g.: the majuscule letter "F", or a sans serif minuscule "f").

/// EDIT (PATH TO POSSIBLE SOLUTION): I have this question in two other websites, and in one of them someone suggested inverting a stereographic projection. I haven't had the time to pursue this possibility yet, but hopefully the suggestion could be of use to others. ///

Browse other questions tagged math graphic-design or ask your own question.