Internally in my company, many teams has built common applications and packages that other teams are using. The problem is that it is not easy to decide new features to introduce to these applications/packages, or report bugs. I would like to have a method, similar to github's issue/bug/feature discussion.

The idea is for anyone to report bugs, or suggest a feature, and people can discuss it, vote for it, or reject it.

Is there an application that can handle that? We already have a git server, we are just missing the interaction part.

programming collaboration
share|improve this question
asked May 28 '18 at 17:54

As you write "similar to github's issue/bug/feature discussion": Why not run your own Github? Quite easy that. I strongly recommend:

Like Github, this would give you e.g. an issue tracker and wiki, management of Pull Requests and more. Free and lightweight. Using it myself and am very satisfied with it. To give you some visuals: 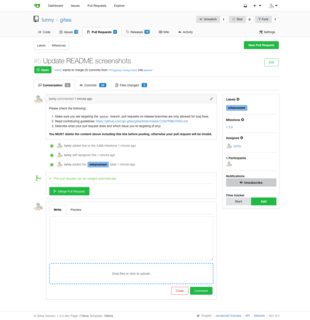 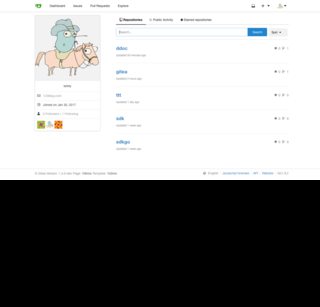 More screenshots behind the Github link. There you also find downloads for all kind of operating systems. For each just a single binary which on updates you simply replace. Though "Gitea" is meant as "Git with a cup of tea", it could also stand for "Git made ea-sy" 😏

Not the answer you're looking for? Browse other questions tagged programming collaboration or ask your own question.

7
Tool to comment and discuss code without modifying it
4
Framework designed for reading, modifying and generating Swift code
0
Create Expert system consist if-else statements without/little programming
1
Online system for collaboration between people that do not know each other
1
Generate documentation from source code
0
Tool to watch/observe documentation/source code for changes