Saving a full screenshot of just one display on a multiheaded system on macOS?

I have a workstation with 5 monitors, but I need to save just one entire screen / display contents immediately to a file (a region is an option, but it would need to be a predefined region at the click of a key combo). The existing built-in screenshot functionality of the OS doesn't do this.

Is there an app that facilitates this on macOS?

The program I found that solves this issue at least in part is Monosnap. It has a function under Preferences -> Hotkeys called "Capture previous area", which, when used, takes the same snapshot of the first defined region as was captured via "Capture area": 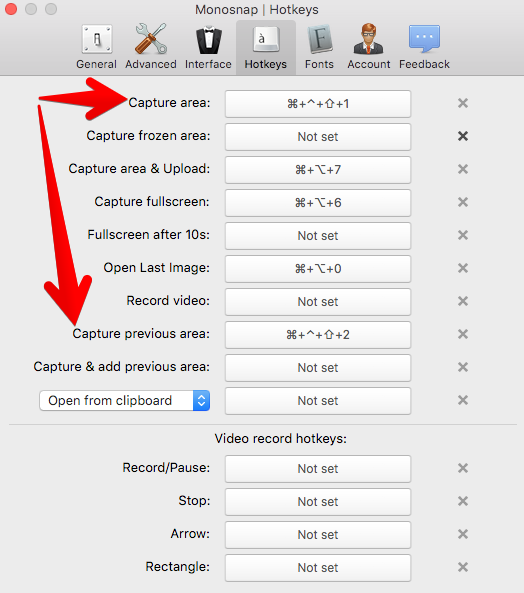 All of these images are then saved to Monosnap under the Pictures folder if you have that option checked in the "Advanced" tab.

GreenShot is now available for MacOS; I use it on Windows, and it does just about everything I need. By default, you get the following choices: 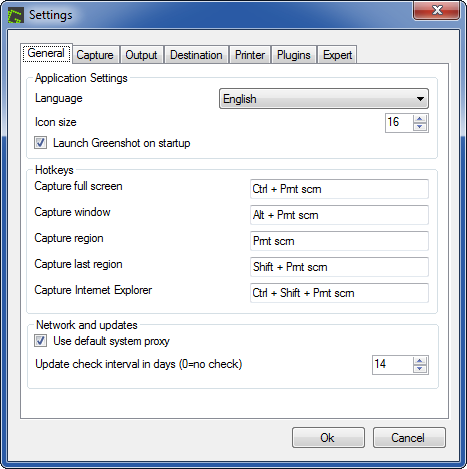 "Capture full screen" by default captures the single monitor that the mouse pointer is on; there's an INI hack for it that will make it capture the entire multi-head extended desktop instead (or you can use the region capture instead).

"Capture window" captures the currently-active window, regardless of which screen it's on, or even if it goes across the junction between screens.

"Capture Last Region" lets you capture the most recently defined region from a "Capture Region".

I use Layers for this - not only a ton of controls, but also captures Mac OS UI elements all as separate layers in a PSD, which is very helpful for documenting UI.

Not the answer you're looking for? Browse other questions tagged screenshot macos or ask your own question.