A WinAmp-like music player for Linux?

I like WinAmp, I'm used to WinAmp. I'm not saying every single aspect of it is wonderful, but it's gotten enough right to keep me a loyal user.

Now, QMMP - at least on my GNU/Linux Mint 18.3 - has (at least) three annoying bugs/misfeatures:

So I'm looking for another player. Requirements:

PS - If you were to tell me QMMP's trunk is better than what I have installed - I'll take that as one of the possible answers.

Audacious is a relatively simple, lightweight audio player - similar in function to WinAmp 2.x. It supports, as an option, using a WinAmp-like skinnable interface: 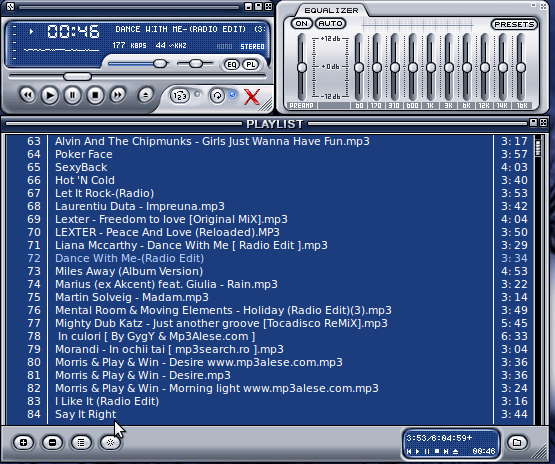 You can read about it on Wikipedia as well.

It uses the FreeBSD license ("2-clause BSD license"). Hopefully no glaring bugs, and latest release (at the time of writing) in August 2017, so reasonably-actively maintained.

Not the answer you're looking for? Browse other questions tagged music media-player or ask your own question.