I used to use Examdiff on windows which is great because it shows diff with respect to the file type like comparing JSOON or sort INI files before comparing.

On Linux I found beyond compare which does everything that Examdiff does, but not as easy as Examdiff, also it is not open source. So I need a GUI diff program that:

UPDATE: To explain what I mean with plugins I will give two examples

First I will compare the following files:

You can see that these JSON files are identical in content except that the first one is indented properly (beautified) while the second one is minified.

So if I run any comparison tool on these files I would get many differences. 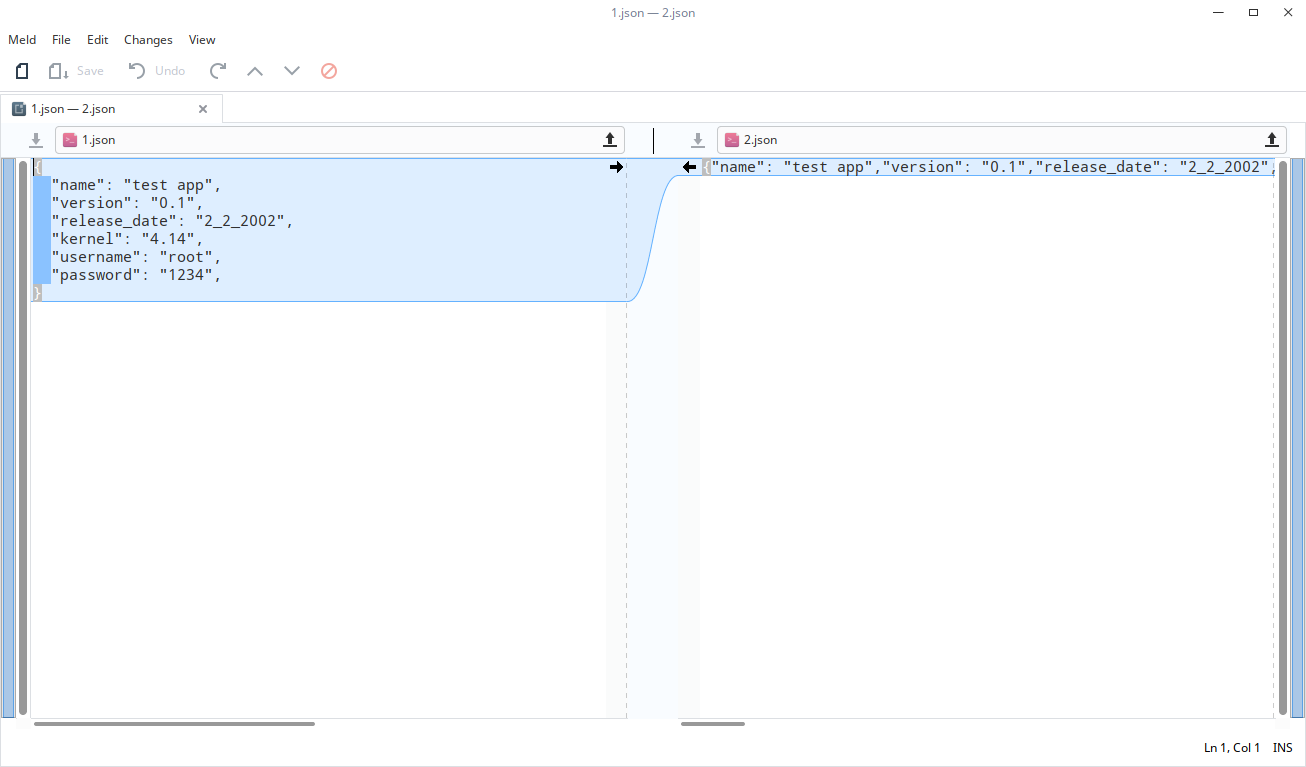 while if I run Examdiff on these files it detects that these are JSON files so it uses a plugin and passes these files to a small utility that beautifies these files before comparing(All this is done under the hood of course).So after comparing it shows that the files are identical 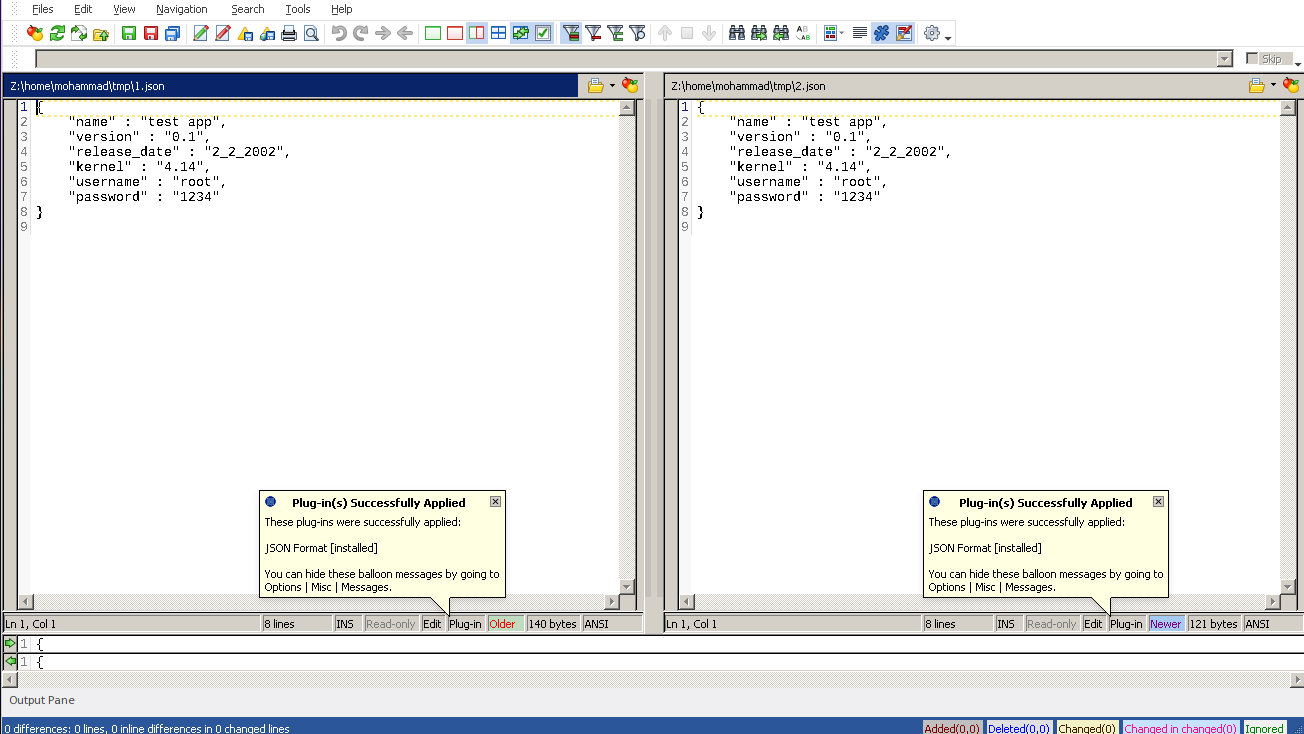 The second example is INI files:

In INI files, the order of the key=value pairs doesn't matter as long as they are in the same sections and empty lines also don't matter

so again running meld shows a lot of differences: 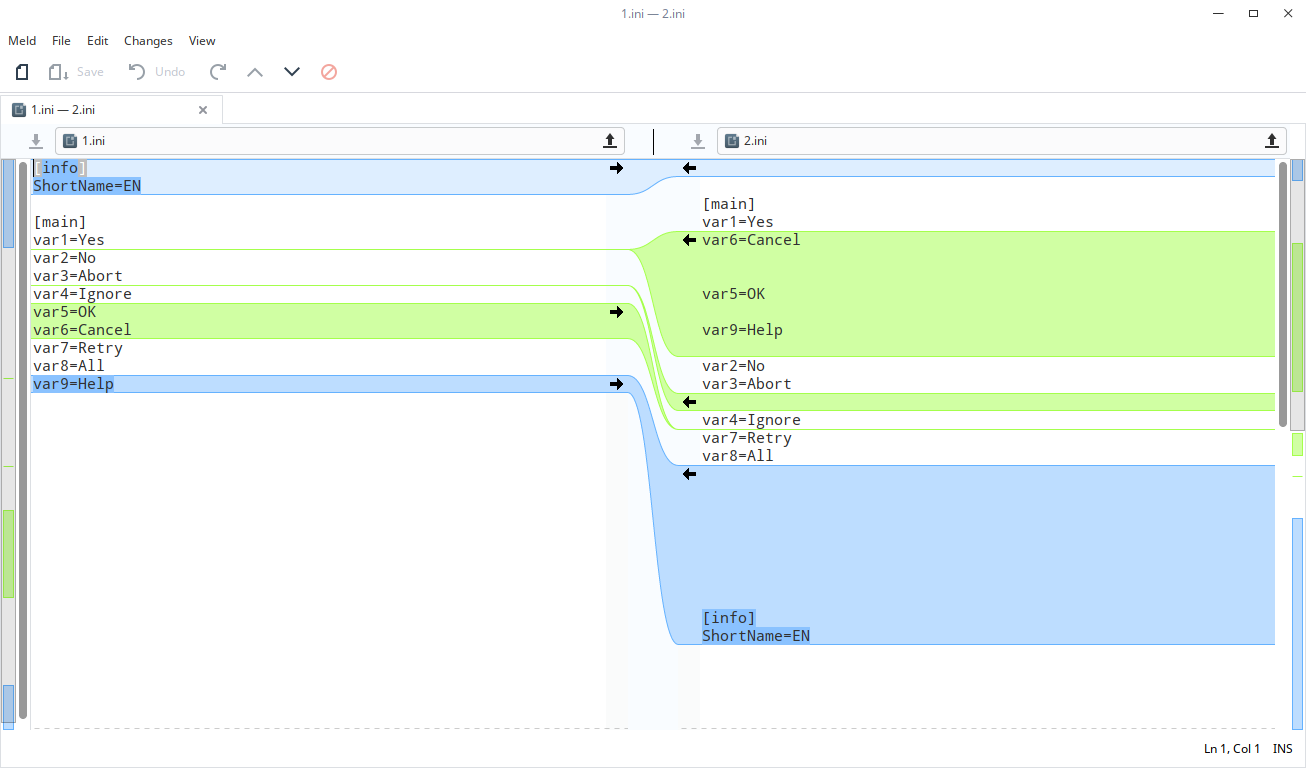 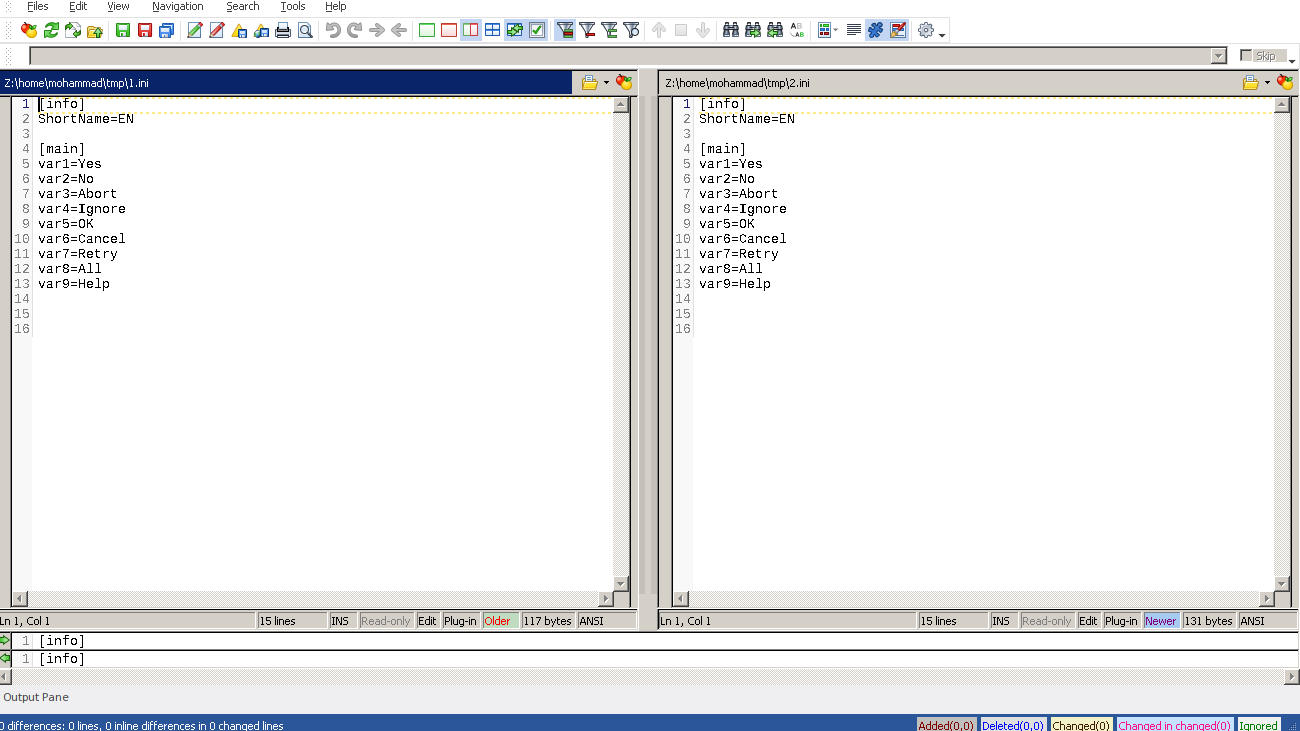 Not really an answer, but in the meantime some filters can be simulated with bash process substitution and various utils:

One defect of such methods is that meld doesn't display the filenames, (1.json, etc.), it displays the process substitution device numbers from which one must deduce the corresponding filename.

I don't know Examdiff and thus, I don't understand what you mean by "file type preset like file sorting", but Meld is a great tool for comparing files and folders.

Not the answer you're looking for? Browse other questions tagged linux open-source diff or ask your own question.

3
GUI file manager/browser optimized for directory merging
29
Diff tool for XML files?
38
Diff tool for JSON files?
1
graphical diff/patch file viewer
1
Is there a program that can compare binary files and merge individual blocks of non-identical data into a file?
6
Tool to "average" a good copy of a file from several copies of the same data that contain sparse random errors
4
Desktop diff tool with all files together
1
Software showing detailed differences in files given two directories