Does anyone know a good free software that i can use to scan IT inventory over the network? I am trying to scan all the computer and printers and servers that on our network to see how old they are and whats the spec on them.

On a network which isn't already set up for this kind of thing, there aren't really any great options.

SNMP has to be set up correctly on each system being scanned to be viable, but is the first thing that comes to mind, and it's supported by pretty much everything if you're willing to take the time to set it up on each system.

IPMI might work in theory, but has to be set up on each system at the firmware level, is generally only present on good servers, isn't entirely consistent about what info it returns, and has potentially serious security implications.

If you've got a bunch of Linux servers, you can SSH into them and pull out DMI information using dmidecode, which on most systems should get you quite a lot of the data you want (at a minimum you should get info about the firmware, CPU, and mainboard, and you may get info about the memory configuration, the chassis, and a wide variety of other things), but dmidecode isn't installed by default on many Linux systems, and the output format is a pain for most humans to parse.

If you have no such infrastructure, you could scan the whole network with nmap, but that won't get you a huge amount of info if you network is properly secured (you may not get more than just the manufacturer for the NIC), and even if you do get reasonable info, you will have to interpolate most of what you want.

Unfortunately, the most of free tools are not properly developed and supported anymore. Sometimes, it worth spending some funds (not much) on properly working and simple paid software. 10-Strike Network Inventory Explorer does everything you need. It scans computers using WMI, and printers (and toner level) via SNMP. 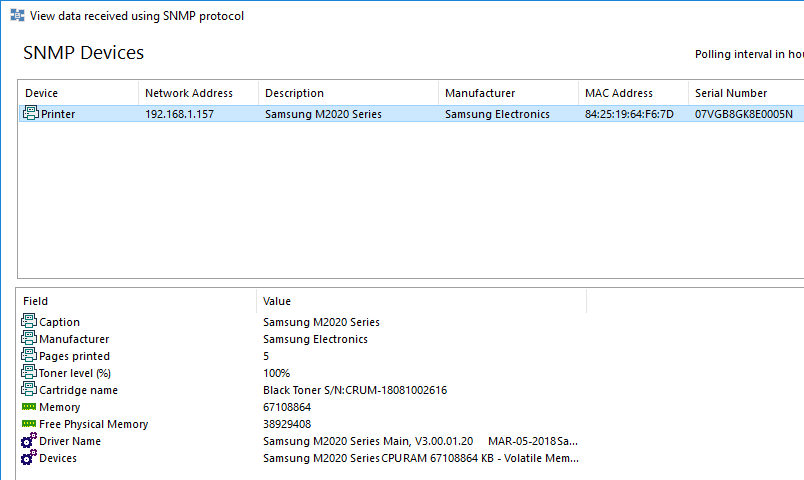 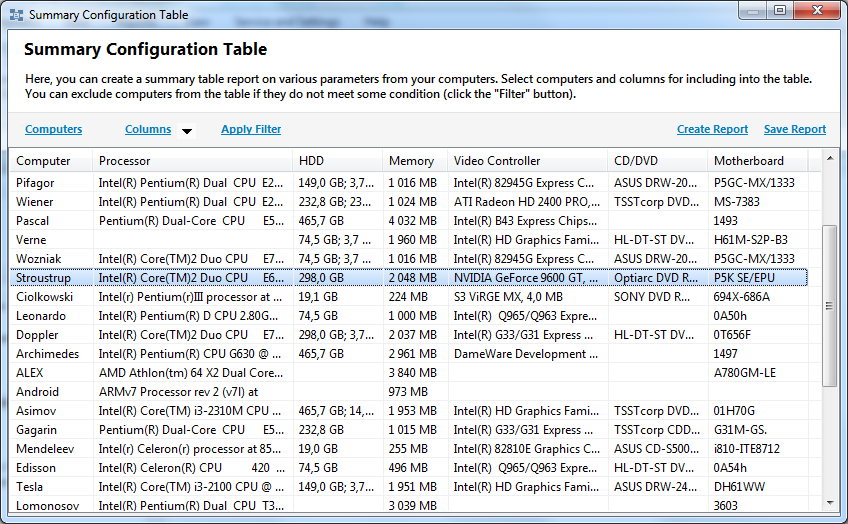 WMI via vbs can definitely return a lot of information about each computer. Most printers can be probed remotely via SNMP.

If you have HP printers you should definitely download HP Web JetAdmin. You can access pretty much any information the printer has built-in. You can even do remote firmware upgrades. Monitor toner/supply levels and more. When you goto to download it, they kind of make it seem you have to pay for something but you don't.

You can't read barcodes that exist only on the outside of the equipment remotely. Not unless you can use security cameras to zoom and read them.

Not the answer you're looking for? Browse other questions tagged gratis networking reporting inventory or ask your own question.