So I am honestly been struggling to find any sort of phone application that will do what my title describes above. I'm trying to find a way to develop generic software and phone application logic and flow through a mobile device. Trying to do things like have arrows or lines or some way of showing how each page connects to the next. I'm not looking to necessarily fully develop the application or software on my phone. However, I would like to get up to being able to do images of what I think it should look like along with the generic logic regarding if you press this button then it goes to this screen or if you press this button these are the things that it checks before going to the next screen or window or whatever. Basically almost everything up until the actual true physical code of the software or application.

So what is out there? Every phrase of searching I do I get things talking about apps discussing coding and teaching it or other things other than what I am looking for.

Thanks for the suggestions.

You have part of the key in your reference to searching, although it's apparently the wrong shape key. What you describe sounds very much like flowcharting, a skill taught in early programming courses (80's!).

I used search term "flowchart app iOS" in The Google and found a compilation site, but that was mostly too-brief summaries of a few different programs.

Having had a bit of flowcharting experience behind me, I selected one other link for a promising candidate, called Lucidchart for the iPhone. The site also references desktop-grade computer applications if you desire dual capability.

The app appears to cover the standard programming flowchart symbols, but also encompasses workflow in general, including network organization and simple work processes. Let's not forget the always-popular Venn diagrams, a popular feature in many math and logic classes, although not specifically referenced here.

A search for "flowchart app android" resulted in an equivalently large selection, although my first checks showed apps with less sophistication than those available for the iOS world. 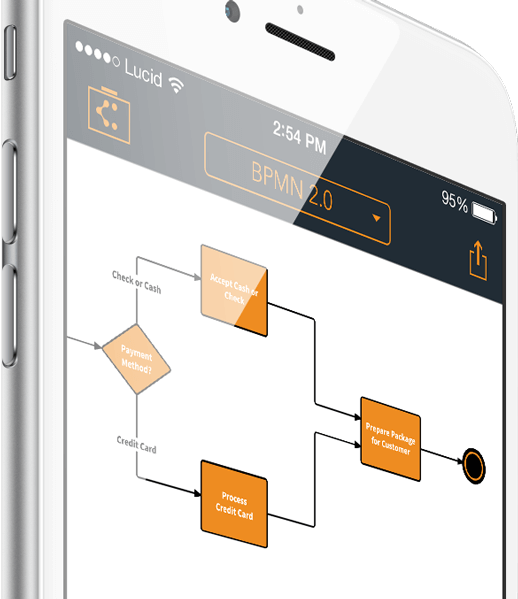 Not the answer you're looking for? Browse other questions tagged software-development iphone-app google-apps or ask your own question.