Service to build a dashboard for Firebase database

Is there any service in which I can inject my Firebase database and build complex queries and visualise them? Real time injection and querying will be an added benefit.

As you said on your comment that sync is an option. I would suggest Metabase, you can set it up in 5 or less minutes. You can write your queries either in SQL, or its own Metabase Language.

You can set up permissions, it's open source, actively developed and maintained. I've used it on a MySQL Database to create dashboards. It support other DBs as well, actually all the DBs I mentioned on my comment and other drivers are being build in the community.

Also it has an option to set up variables so a user can select which data the want to retrieve.

eg. You give access to a user, to a dashboard & questions which has variables, and the user can select which data-range he wants the data from.

Personally, I am amazed how an open source project can be that good and easy to set up. That's how Open Source projects should be.

Last but not least, I would suggest to switch from it's own H2 database (it holds the dashboard data there) to MySQL for extra data protection as H2 is prone to corruptions with a sudden power cut as I found. 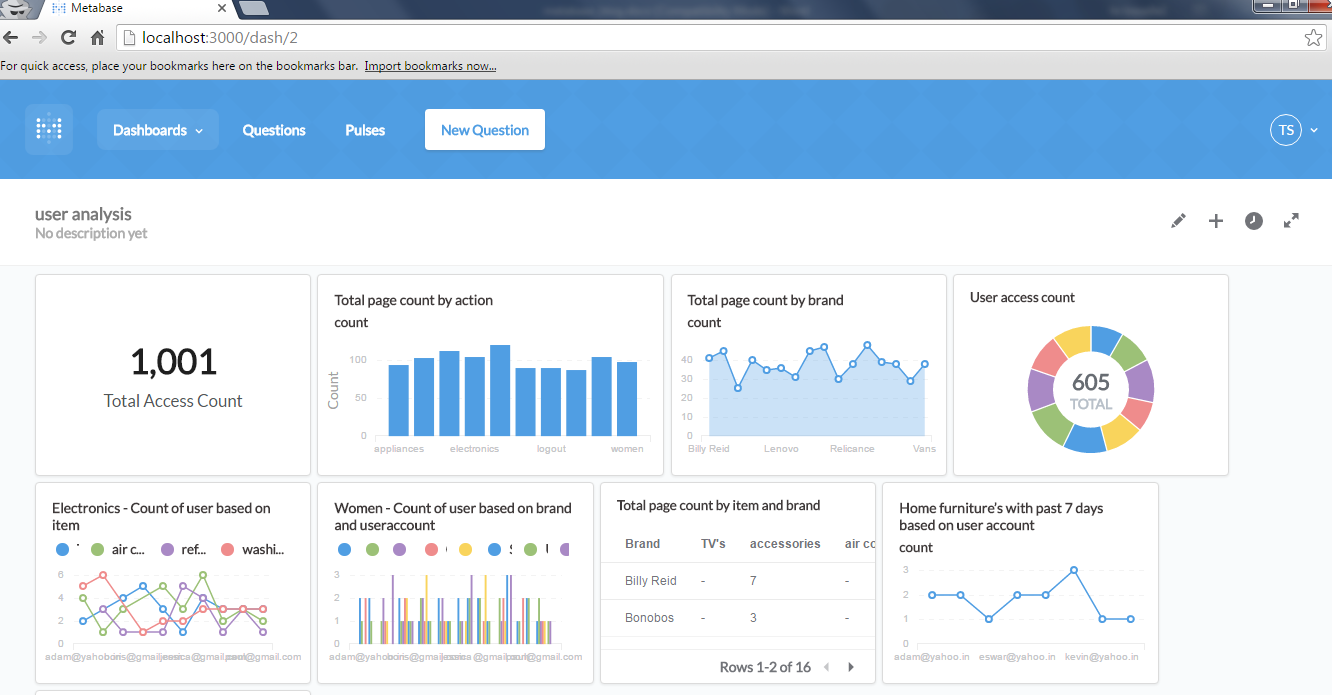 Not the answer you're looking for? Browse other questions tagged dashboard real-time or ask your own question.