When doing software diagrams, I often feel it would be nice to be able to capture them in 3D (That's how I imagine it). I've had a go using standard 3D tools, but they dont allow you do easily connect and move connected objects around.

Most 3D tools I've tried feel more like a PhotoShop than a diagramming tool.

It doesn't need the richness of many 3D modelling tools. However, it needs the ability to put boxes and lines together in 3D with minimum effort.

One program that might be useful is the multi-platform application known as SolveSpace.

Even though I was unable to create a more precise representation of your request in short order, I was able to create the following "drawing" of 2D objects in 3-space: 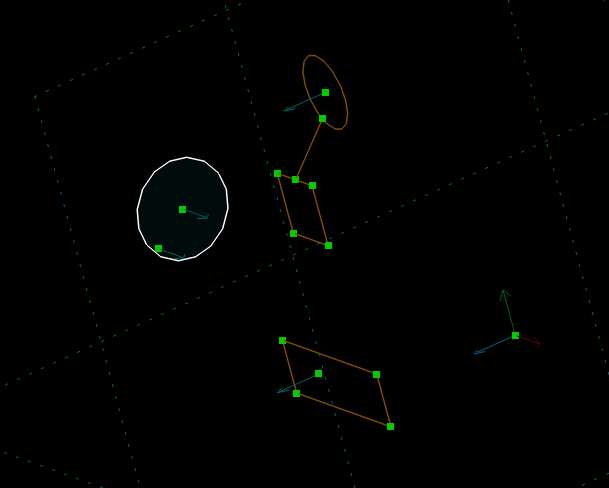 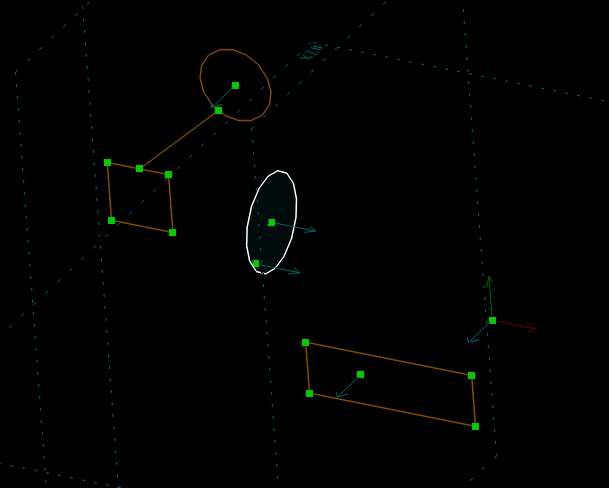 The origin axes arrows are visible in the lower right corner of both images. Each screen shot is of the same document, nothing has been shifted save for the view. The square and non-white circle are on the same plane. The white circle is on a plane oriented at 90° to the first, while the rectangle is on a plane parallel to the origin plane.

The connecting line will remain in place regardless of the location of the joined objects, although I was unable to move the circle or square to a different plane during my short test. I'm confident that it can be done, but I've not used the software for a while and have forgotten most of the features. That's not a criticism of the software, as it is surprisingly intuitive, once one learns the necessary icons and/or keyboard selections.

When I first learned of the program, I immersed myself with all the tutorials I could tolerate, then let my understanding lapse as I also attempted to learn Fusion 360.

You can also attach constraints to the objects you create, relative to other objects, absolute values, various geometric restrictions as you require. Text is supported as entities as well as available in comment form.

As this is also a 3D editing program, one can create solids for representation if the need arises.

Not the answer you're looking for? Browse other questions tagged 3d diagram or ask your own question.