I have an application that throws hundreds of exceptions. I would like to know what type of exceptions there are. Unfortunately the issue is reproducible only on a production system, so performance is critical. Therefore I want to avoid long operations such as creating a crash dump. Also, I cannot modify the code.

I like free and open source software, but in this case I would even some spend money.

Dependency walker can log first chance exceptions in profiling mode. Open the executable, then choose "Start" from the "Profile" menu. 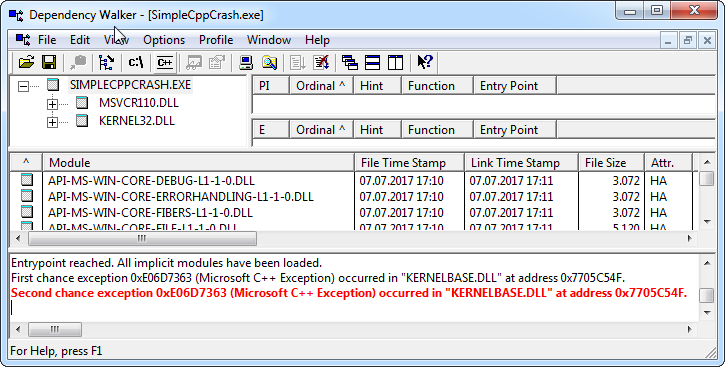 Not the answer you're looking for? Browse other questions tagged windows debugging or ask your own question.

11
File synchronisation tool for family
2
Tool for creating a text based list of changed files from a source tree?
4
Notification tool for continuous update checking of remote file (by URI)
3
What free secure file erasure software for Windows 10 can be used without installation?
2
File syncing software for use without internet, should ignore certain folders