To make it more clear, take the following example scenario:

Folder A tree is:

Folder B tree is:

A free software for this would be great, but I'm prepared to consider/evaluate paid one too.

Any suggestion? Thank you!

P.S. In the example I used the same file names to point out which ones had duplicates in B folder/sub-folders but, of course, the duplicates identification method has to be based primarily on file contents/checksum (as usually occurs with duplicate finders).

EDIT: I need something that can run on Windows or Linux (both if possible). 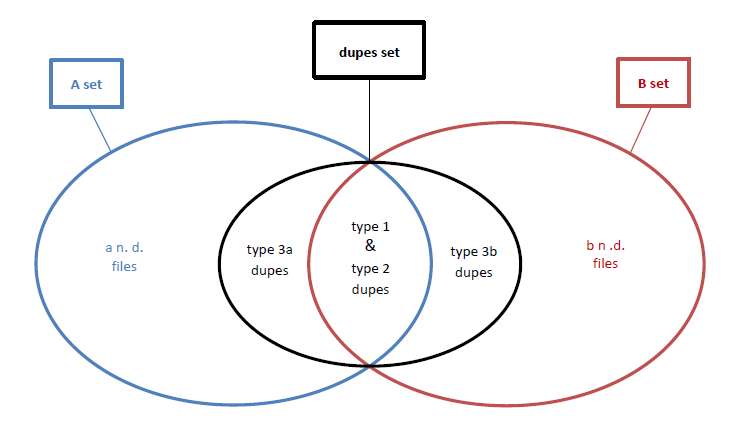 Another way to represent the situation is: 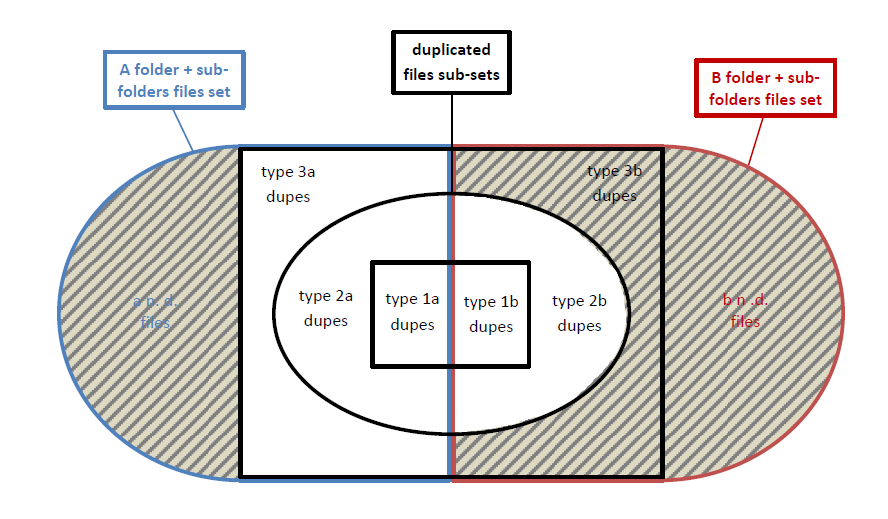 Here's another possible solution to this in Python that can be run in both Linux and Windows:

If I understand your question correctly, you want to verify that every file in A has at least one copy in B. Here's a Python program that computes a hash of every file in both directories and prints out the names of files that appear in A but not B. This program is free software and runs on both Windows and Linux.

I came to a solution to this for Windows O.S. I think I've tried almost all available free duplicates finder software out there but no one provide such a "folder self-scan exclusion" feature, so I began trying paid software and then came across the DoubleKiller Pro demo.

DK Pro lets you compare contents choosing which folders&sub-folders have to be considered as "library". This means, the elements in that folder won't be compared by themselves (i.e. directory self-scan exclusion), here's an usage example, first what happens if you use "classic" folder comparison: 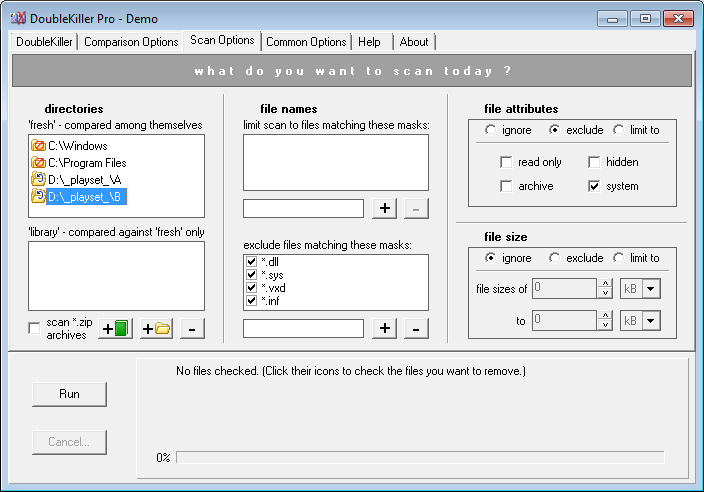 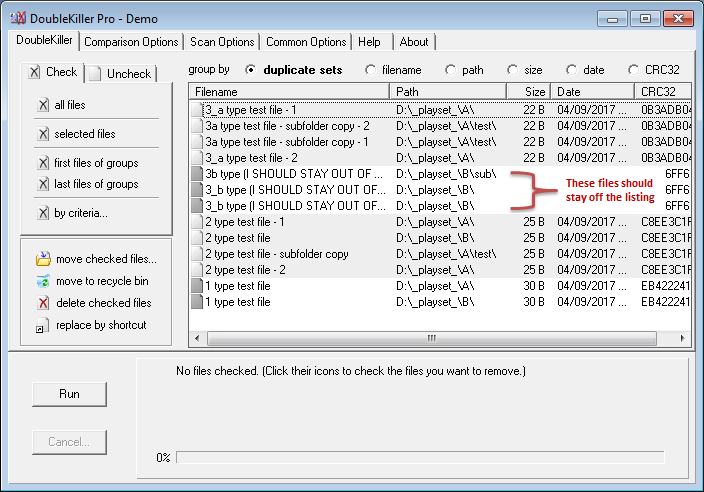 As you see, some duplicate files in B folder/sub-folders that I didn't want to be listed because they don't really has duplicates in A folder/sub-folders are there among results. Now, here's what happens putting B as "library" directory list instead: 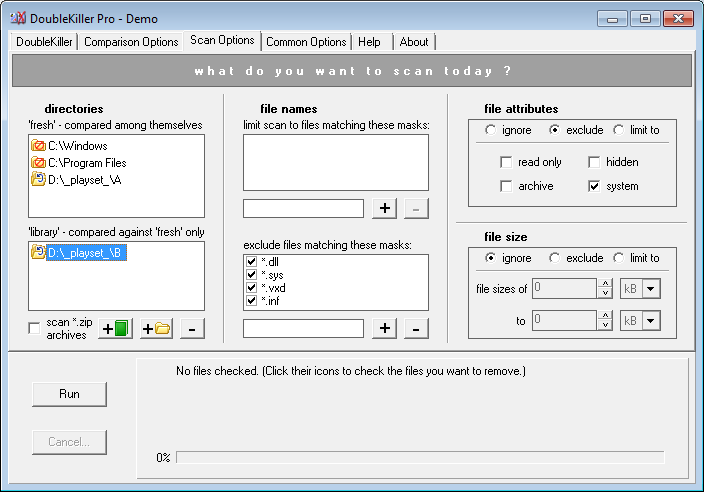 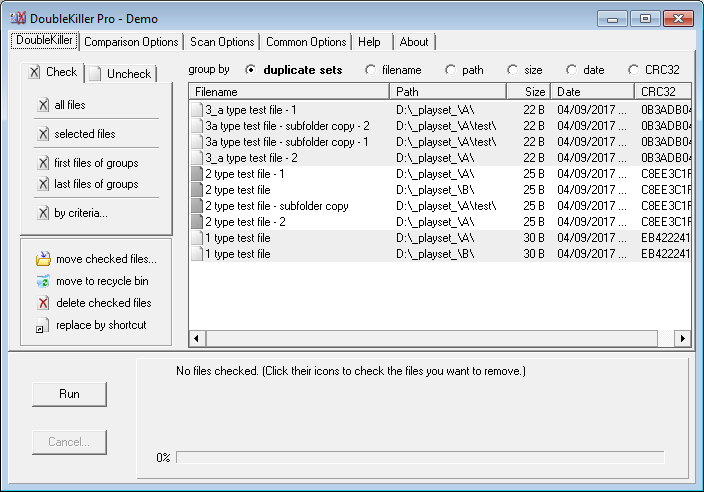 You'll notice unwanted duplicate files now don't appear anymore and stay off the results. If I want to better highlight which A folder/sub-folders duplicate files are present in the result list I can now check 'by criteria...' (using an appropriate path matching mask) and then sort results by 'path' and I'll get: 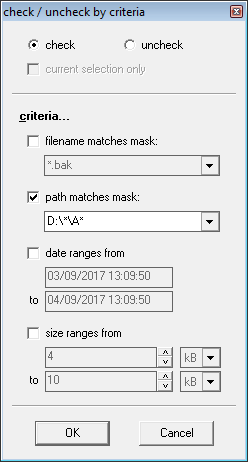 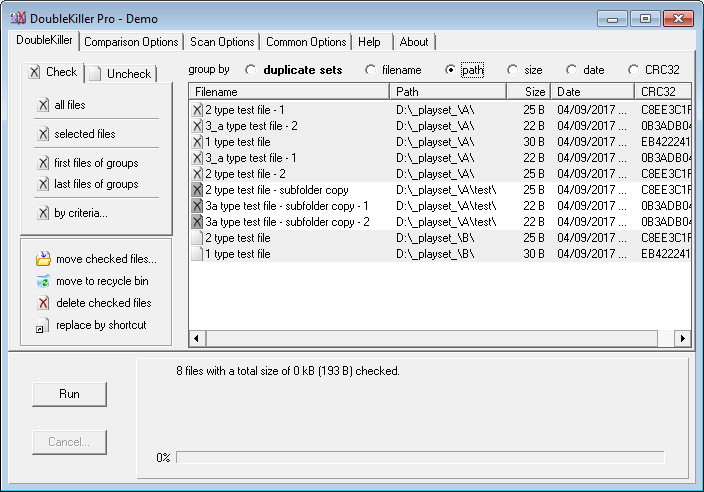 So, in the end, this did the trick. If I'd want to delete the selected files or export entries I'd have to buy a license, although it wouldn't be such a prohibitive expense (a private use license costs 14.95 € / 19.95 US-$ after all, quite affordable and reasonable price when worth it) but in the case you only need to see a list (when you're not dealing with hundreds of files or if you don't want to delete anything and don't even need to export entries listing) you can even save your money.

Not the answer you're looking for? Browse other questions tagged gratis file-synchronization duplicate-files duplicate-display or ask your own question.