Firefox plugin to save complete rendered page as image

I am looking for a Firefox plugin that meets the following requirements:

As the name of the extension suggests, it has a built-in editor.

You don't need an addon to do it - hit shift-f2 for the console then type in screenshot /path/to/file --fullpage (or just a filename, it'll save it to downloads as a png by default). It even gives you a little popup image of the screenshot taken. On Windows, backslashes must be backslash-escaped, so to save into c:\webpages\today\softwarerecs.png you need to give the filename as c:\\webpages\\today\\softwarerecs.png.

I'm not entirely sure how far back this feature goes, but it works well enough for me in firefox 29, and a few older variants. Since its a built in feature, it ought to be platform independant, but I've not actually tested it on linux.

With facebook, if you're scrolled down the bar is where it is relative to the page, which is odd, but thats how the page would be rendered. 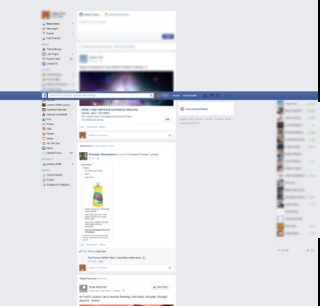 Page Saver lets you capture images of web pages, including Flash content. A web page screenshot can be saved in PNG or JPEG format. Using Page Saver, you can capture an entire page, just the visible portion, or a region that you select.

Images may be captured using a toolbar button, the browser context menu, or from the command line.

I took the following screenshot with this tool:

Use a WebToPDF firefox extension.It will take screenshot of whole page.

The page also has a link to their replacement (needed if you have the latest FF). I am in XP (which can only have older FF), but I tried the latest version https://addons.mozilla.org/en-US/firefox/addon/pagesaver-we/ So far it is perfect. TIP for those now saving web pages as images. Most image viewers are crap at showing large(long) images. What I am doing is saving such images as .JPEG or .png and I have set the default viewer for those as PicPick's viewer/editor (you can minimize the Ribbon). I am keeping the default viewer for .jpg images as Faststone Image viewer

Not the answer you're looking for? Browse other questions tagged images firefox screenshot or ask your own question.