On Windows I miss the Linux functionality, that any existing character could be inserted by pressing Ctrl + Shift + u1234, where "1234" is a Unicode code of that character.

The only way how to use Unicode codes on Windows I've already found is in Microsoft Office, which comes with a built-in functionality 1234 + Alt + X (where 1234 stands for Unicode character code). But I want to use Unicode everywhere, not only in MS Office.

Though it's not working via Unicode Sequences as you describe, I'd strongly recommend wincompose: it uses the same compose sequences as there are available natively on Linux, and they are much more intuitive. What's available you can look up in the text file /usr/share/X11/locale/en_US.UTF-8/Compose on your Linux machine – or via a GUI (including filtering and search) with wincompose: 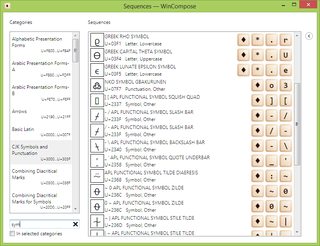 Most sequences are built pretty much intuitive. Each is introduced by a "compose key" you can define (I use the right Win key for that), followed by a sequence you can easily remember: "put an o on the A" would be ComposeoA and result in an Å, the multiplicator "times" looking like a special x (×) is Composexx, and so on (see the project site for additional examples). Some characters even correspond to emojis/smileys: ♥ is Compose<3

I'm using wincompose since 2013, whenever I am forced to use Windows. Everywhere else I'm using Linux, so I can use the same sequences at both systems. The application runs very stable and has no side effects (I had some with similar products), the developer is very active and responsive. As you already might have noticed the product is hosted at Github, so the app is available for free in every sense (it uses the "DO WHAT THE FUCK YOU WANT TO PUBLIC LICENSE").

Integrating some facts from the (now deleted) original comments on the question which lead to this answer:

Finally a solution exists, its name is AutoHotkey.

I wrote myself an AutoHotkey script like below. You have just to release Ctrl (and on US keyboard layouts or on numpads also Shift) after pressing "u" and finally press Ctrl again to insert the character:

Some additional information can be found in this thread on AutoHotkey forum or in AutoHotkey manual.

Windows support this for as long as I remember, but you need to enable it in registry with:

Then you can type

I found out that there is some way how to work with Unicode keyboard shortcuts in Microsoft Office. If I write Unicode code (e.g. "00b5") and press Alt + X, the code changes to micro letter (µ) elegantly. I hope there is some overall solution, but this approach works too.

Not the answer you're looking for? Browse other questions tagged windows keyboard keyboard-shortcuts unicode or ask your own question.