Solid host files are an important part of a secure system. I'm looking for a piece of software that could automate the process:

The required software would ideally work in the following way:

Some nice-to-have side requirements.

I'm interested in answers both for Android and desktop OSes (GNU/Linux and Windows), ideally a range of software by the same editor running on each and every platform as this would minimize the need to get accustomed to each piece of software.

networking antivirus
Share
Improve this question
edited May 18 '14 at 18:53

Though I'm not aware of any generic solution working on all mentioned systems, there are several of them for Android. Google kicked most of them off the Playstore, but most of them can still be found on F-Droid, where they can be downloaded via browser directly from the website, or using their own Android app (similar to the Google Play Store app). 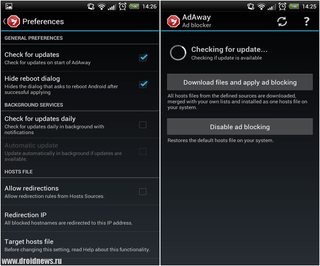 The most famous solution here probably is AdAway, which maintains the hosts file as described by your question. The app takes care for updating it with changes. Alternatively, you can do so manually by downloading the file and replace the one your system uses – which makes it a possible solution for all the systems mentioned. A list of sources can be found on the AdAway Wiki, and replacing your hosts file manually can be as simple as running Wget. Example for a linux environment:

Of course, as /etc/hosts is a system file (on Linux and Android alike; on the latter, it can be found in a different location, on the read-only /system partition), this requires root access. Similarly on Windows systems, you will need to do this with the Administrator account. As for keeping it up-to-date automatically, there's always Cron on Linux, and AFAIK also something similar on Windows.

A similar solution is offered by AdFree, which also was banned from Google Play. I've tried both in the past, and they do what they say. 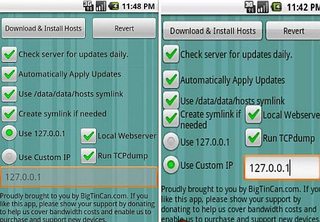 AdFree is an alternative to AdAway (click image for larger variant)

On Windows, there is PeerBlock. It is freeware. I don't know if it interacts with the hosts file, but it blocks adware and spyware hostnames and IPs:

It automatically updates its blocklists:

You can edit blocklists and download new ones from iblocklist.com 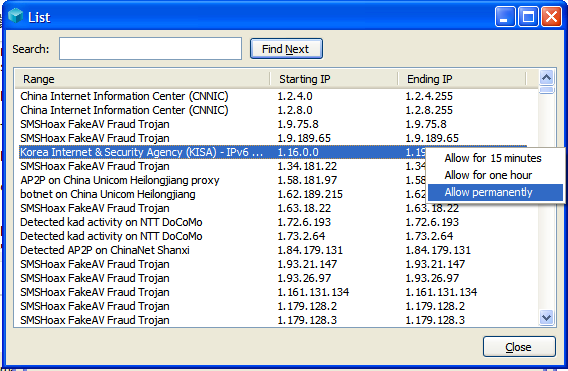 Not the answer you're looking for? Browse other questions tagged networking antivirus or ask your own question.