I have been using Intel CPUs with Parallel Studio which bundles icc, icpc and ifort (compiler for C,C++ and Fortran) which are optimized for Intel. Moreover MKL (Math Kernel Library) with BLAS and LAPACK are included in it.

Now, I need to setup a new system running AMD CPU (specifically Ryzen 7). I need to look for optimized compilers for this platform as well as BALS/LAPACK libraries.

Open source GNU compilers are usable but usually specific libraries are better optimized (as far as for Intel that's the case for example MKL) so something developed for AMD maybe be faster. Could someone point to right compilers and libraries.

AMD does not maintain or distribute its own C/C++ compiler.

What's more, Intel's C/C++ compiler (icc) doesn't necessarily perform consistently better than GCC and clang. I'm having trouble backing up this second claim, but here is a link to a not-very-convincing comparison by PGI, and here is a discussion on this matter on an Intel form (already a few years ago). ... oh, wait, this is a nice comparison, albeit for a single kind of application - a relational DBMS (PostgreSQL): 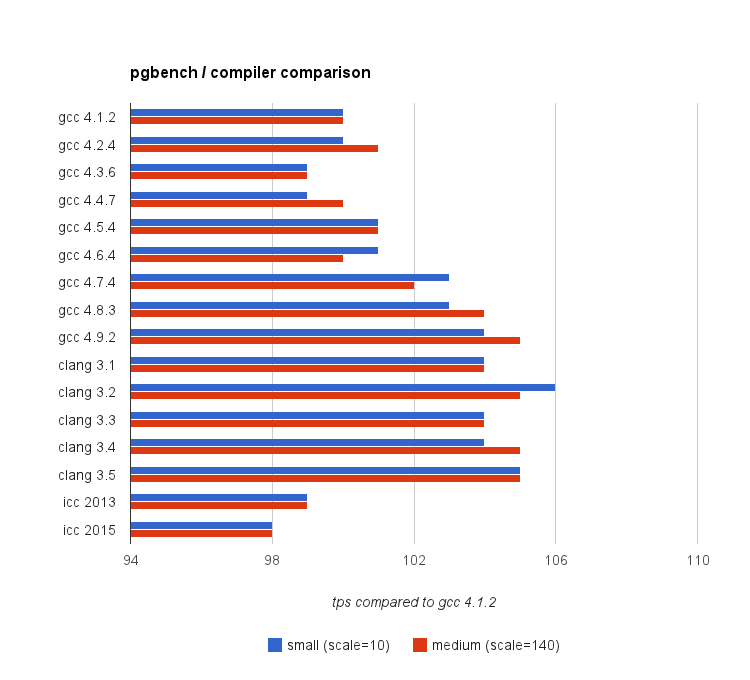 So what you have to choose from are basically just (versions of) GCC and clang - which also don't have a clear X-is-better-than-Y relationship. You'll probably need to build with several different versions and compilation flags and see what provides the best results.

If you were on Windows you could also have looked at Microsoft's Visual C++ compiler (although I don't recommend that on principle).

Caveat: AMD used to maintain a version of the Open64 compiler. That's either in the netherworld or officially discontinued. See here.

Not the answer you're looking for? Browse other questions tagged c++ c compiler fortran or ask your own question.

11
Fortran compiler
2
C11 compiler for Windows
2
quad precision blas/lapack
7
TCC (Tiny C Compiler) (or similar) for C++
2
Is there any C compiler which defines both __STDC__ and __STDC_IEC_559__ to 1?
1
Linux - C++ - Looking for tools to get nice Callgraph and others useful informations to do "reverse engineering" process to better understand a code