This question seems silly, so easy to answer! Well... Hold on! What if I tell that my music folder is... 15GB.

I have Xubuntu 64 bit, Clementine isn't indexing all my songs. Banshee freezes when I import my library. Itunes is the only software that handled my music correctly when I was on windows and I don't want to use wine. What I want

Its performance is outstanding. My PC is old and has weak hardware, but listing (or searching through) all those 30000 tracks only takes a few seconds (maybe 2-4 secs).

Unlike some, Quod Libet will scale to libraries with tens of thousands of songs.

This good performance was one of the main reasons why I chose QL, but I’m very happy with all of its other features, too. It’s one of those rare pieces of software which I consider perfect for me, and I can recommend it whole-heartedly.

I’m using it daily for many years, and I can’t remember any serious issues. I never experienced missing songs or freezes. A few times in all those years it crashed (mabye 10 times), but these were individual cases which I could never reproduce.

About your other requirements:

So it seems to be a 100% match, according to your stated requirements.

It comes (nicely integrated) with the tag editor Ex Falso, which I’d also consider really good (I used it to organize all those 30000 tracks).

Screenshot, showing the album view (which is only one of several views): 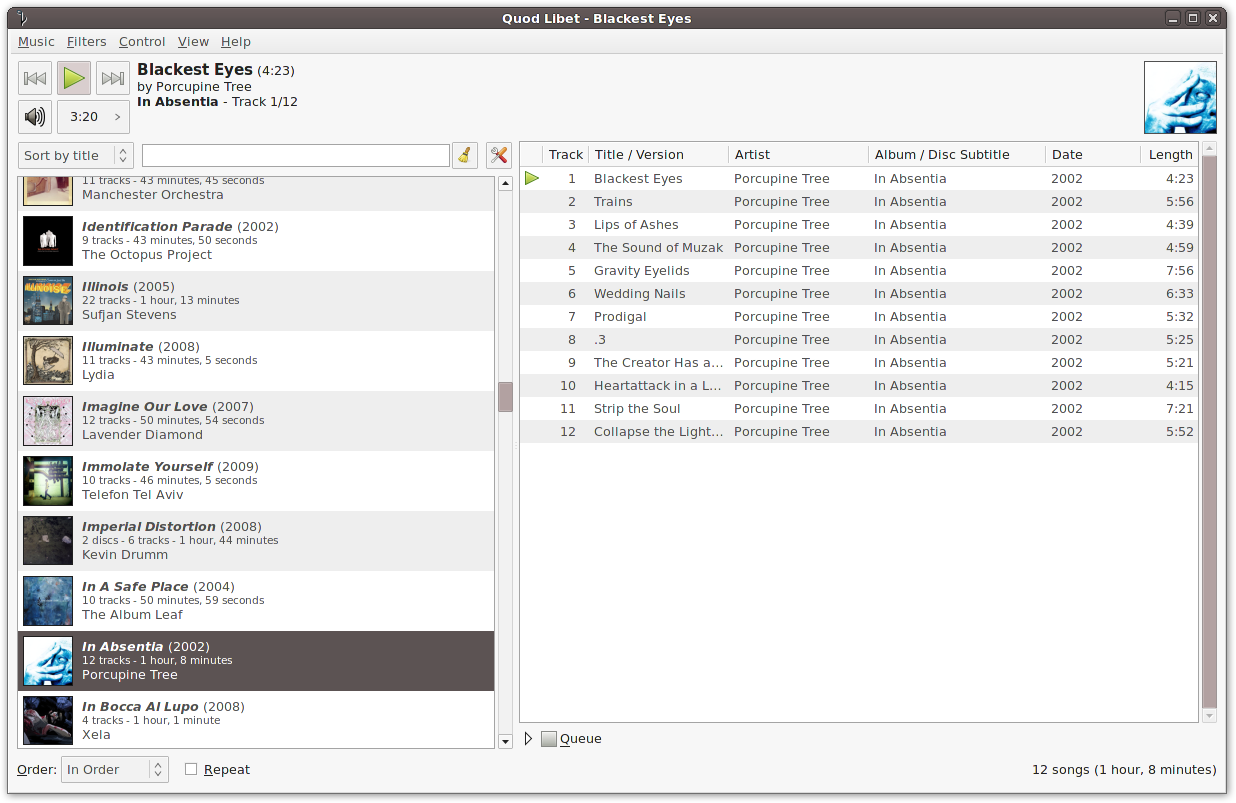 (I recommended it also as iTunes alternative on Ubuntu.)

I can recommend these two linux audio players:

Not the answer you're looking for? Browse other questions tagged linux gratis music or ask your own question.